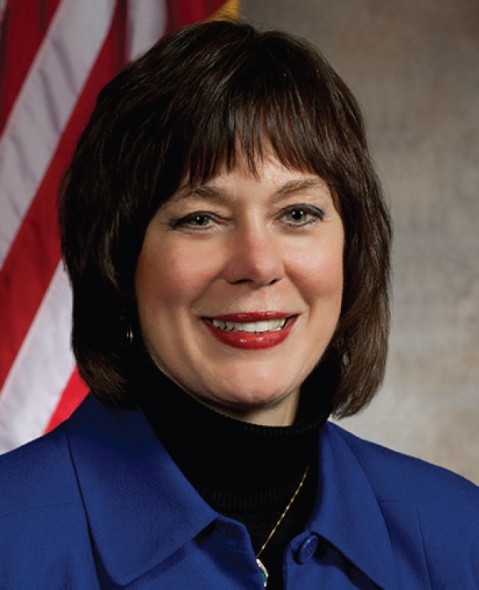 MADISON – Governor Scott Walker today announced the appointment of State Senator Sheila Harsdorf (R – River Falls) to serve as secretary of the Department of Agriculture, Trade and Consumer Protection (DATCP). Senator Harsdorf will become the first woman in the agency’s 88-year history to serve as its secretary.

“Sheila’s experience as a highly-respected, dedicated legislator and dairy farmer make her an excellent fit to lead DATCP,” said Governor Walker. “I thank Sheila for her hard work and willingness to continue serving the public, and I look forward to working with her to keep Wisconsin moving forward.”

Sheila Harsdorf has represented the Wisconsin State Senate’s 10th District since 2001 and served in leadership roles including majority caucus chair, chair of the Committee on Universities and Technical Colleges, as a member of the Joint Committee on Finance, and as a member of the Committee on Agriculture, Small Business, and Tourism. She previously represented the 30th Assembly District in the Wisconsin State Assembly from 1989-1998. She holds a degree in Animal Science from the University of Minnesota.

“I am honored to serve as DATCP secretary, and I thank Governor Walker for entrusting me to lead,” said Harsdorf. “I’m excited to work with and support our farmers, businesses, and consumers to promote a fair marketplace and economic growth in Wisconsin’s vibrant agriculture industry.”

In her hometown of River Falls, Sheila remains an active member of Luther Memorial Church. She is a former president of the Wisconsin FFA Foundation Sponsor’s Board.

Harsdorf’s resignation from the State Senate is effective at the end of the day, Friday, November 10, 2017, and her effective start date at DATCP is Monday, November 13, 2017.

One thought on “Governor Walker Appoints Sheila Harsdorf to Serve as Department of Agriculture, Trade and Consumer Protection Secretary”