“I am pleased to appoint Jeff Kuglitsch to the Rock County Circuit Court,” Governor Walked stated. “Jeff has more than 25 years of public sector experience, the right temperament, and a firm commitment to the rule of law. He will serve the people of Rock County well as a judge.”

Kuglitsch has served as corporation counsel for Rock County since 2007 and previously served as corporation counsel for Shawano County from 1994-2007 and for Vilas County from 1991-1993. In these roles, Kuglitsch has litigated cases on appeal and handled a wide variety of legal matters, including zoning ordinance disputes, small claims matters, child support, and CHIPS (Child in Need of Protective Services) cases.

Menominee and Shawano County Circuit Court Judge James R. Habeck wrote in support of Kuglitsch, stating “Jeffrey Kuglitsch is an outstanding choice for appointment to the Rock County Circuit Court.” Judge Habeck added, “Kuglitsch understands the legislative process and recognizes his role in enforcing public policy. His calm demeanor fits the ideal judiciary candidate and his personal ethical standards are certainly in line with the conduct expected of Wisconsin’s judges.”

Rock County Board Chair J. Russell Podzilni praised Kuglitsch’s knowledge of the law and legal acumen, calling him a “trusted and well-respected adviser readily available to assist all County Board members, and a skilled legal practitioner with a strong moral compass.”

Kuglitsch is an active member of St. Paul’s Lutheran Church in Janesville and a former board member of a domestic abuse shelter in Shawano. He received his Juris Doctor degree from Southern Illinois University School of Law and his undergraduate degree from the University of Wisconsin-Milwaukee. Kuglitsch resides in Janesville with his son and daughter. 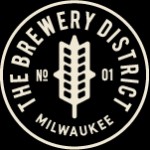