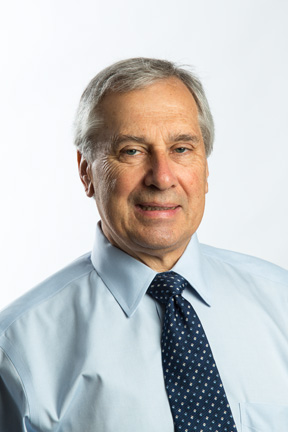 MILWAUKEE _ David Garman, the founding dean of the School of Freshwater Sciences at the University of Wisconsin-Milwaukee, is retiring. Garman was named to head the new graduate-level school in 2011.

Garman’s career has covered the full range of environmental management — from water resources and pollution control to commercialization of new environmental technologies. During his tenure at UWM, he helped strengthen linkages between scientific research and the water technology industry.

“David Garman has left an indelible mark in the global field of freshwater and in our region,” said UWM Chancellor Mark Mone. “Even in retirement, his continued work will deepen UW-Milwaukee’s critical research and collaborations with the water industries. As founding dean of our School of Freshwater Sciences, he has made enormous contributions to the advancement of water policy, research and technologies. We wish him well.”

The other grant enabled the School of Freshwater Sciences to build a facility to train a workforce for the aquaculture industry in Milwaukee.

“Thanks to David Garman, UWM has more relationships with the growing water industry than ever before,” said UWM Provost Johannes Britz. “With his background in chemistry and his global contacts, he was the right person to effectively bridge the gap between UWM’s research enterprise and practical applications.”

Last year, Garman left the deanship to become UWM’s associate vice chancellor for water technology, research and development. In this role, he was responsible for strategic visioning in water research, stimulating interdisciplinary research and translation of research for industry, major funding acquisition in this area, and new water technology development.

He carried out those duties while also serving as chief technology officer for The Water Council in a partnership designed to give industry greater access to the scientists associated with the National Science Foundation and other federal laboratories. His salary was shared by the organizations.

Before coming to UWM, Garman had served as the executive director of two cooperative research centers in Australia. One of those centers was among the first university-industry technology incubators in the area of waste management and pollution control.

During the last 17 years, he has served in several industry-related roles of the International Water Association, including a stint as president.

While he and his wife are returning to Australia, Garman will continue in his position at The Water Council, said Dean Amhaus, the organization’s president and CEO.

“David’s extensive knowledge and firsthand experience of the global water industry and technology innovation has been essential to the development of Milwaukee’s world water hub,” said Amhaus. “His expertise and passion have enabled us to launch a new research and commercialization program, and we are pleased that David will continue working with us as our chief technology officer.”

About UWM
Recognized as one of the nation’s 115 top research universities, UW-Milwaukee provides a world-class education to 26,000 students from 89 countries on a budget of $667 million. Its 14 schools and colleges include Wisconsin’s only schools of architecture, freshwater sciences and public health, and it is a leading educator of nurses and teachers. UW-Milwaukee partners with leading companies to conduct joint research, offer student internships and serve as an economic engine for southeastern Wisconsin. The Princeton Review named UW-Milwaukee a 2017 “Best Midwestern” university based on overall academic excellence and student reviews, as well as a top “Green College.”

Nov 18th, 2020 by University of Wisconsin-Milwaukee

Nov 13th, 2020 by University of Wisconsin-Milwaukee

UWM College of Nursing expands program to UWM at Waukesha

Nov 9th, 2020 by University of Wisconsin-Milwaukee