Tammy will continue to travel the state, listening to Wisconsinites, and fighting Washington special interests that hurt working families.

MADISON – Last week, Tammy Baldwin‘s campaign announced a huge fundraising total, $2.2 million in the first quarter of 2017 and the Washington Post published a story highlighting Tammy’s message of economic populism and intense work ethic as she prepares for reelection. And she’s capitalized on that momentum by spending past week driving across Wisconsin talking about the issues that face communities big and small.

Tammy was in Green Bay on Sunday to meet with area retired Teamsters to talk about her support for the Keep our Pensions Promises Act. She also met with a dozen Green Bay grassroots leaders young and old.

She then traveled to Milwaukee on Monday to discuss a new killer in the opioid crisis, fentanyl. The coverage was powerful.

On Wednesday she held a town hall along the Mississippi River in the town of Prescott. There she spoke with Wisconsin residents about the issues that matter to them. 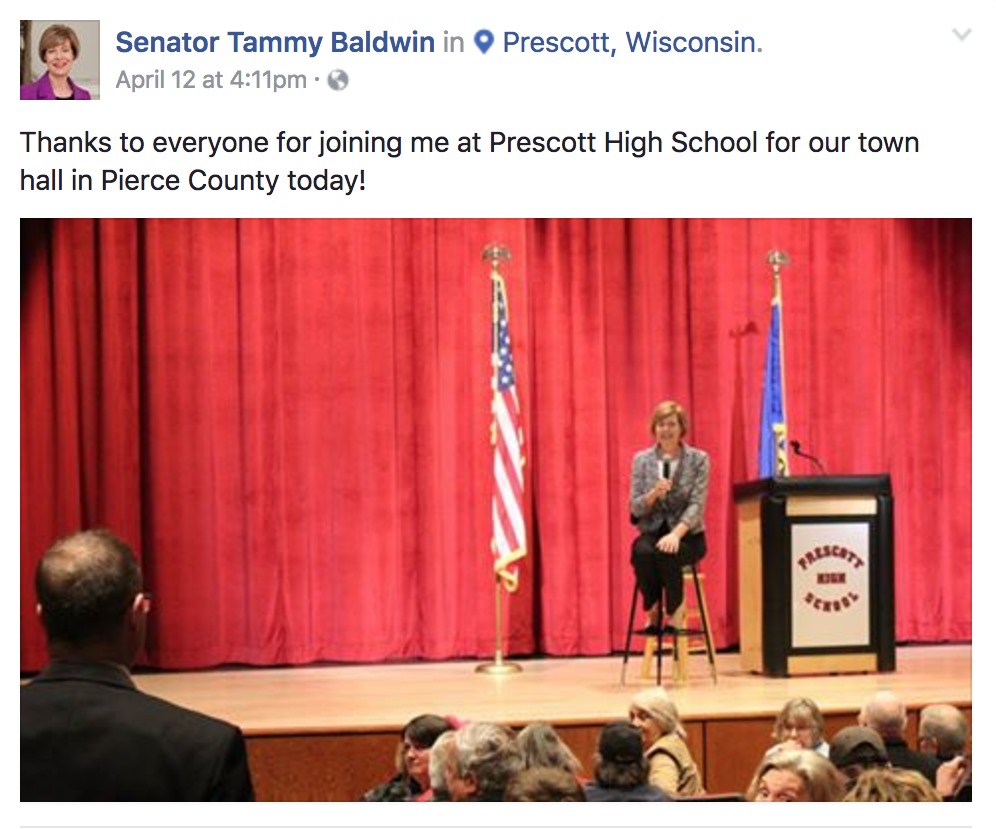 And on Thursday Tammy traveled to Elk Mound to discuss the impact of Canadian trade barriers with Wisconsin dairy farmers. She also held a roundtable in Wausau with veterans about her plans to fix the VA Choice Program.

Tammy will continue to travel the state, listening to Wisconsinites, and fighting Washington special interests that hurt working families.