"I am honored to assume the role of acting dean of the Diederich College of Communication." 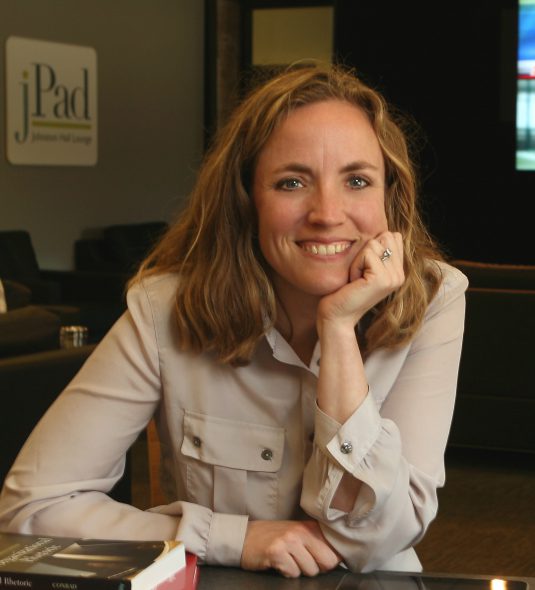 “Dr. Feldner has demonstrated outstanding leadership within the Diederich College of Communication and throughout Marquette University, and I couldn’t be more pleased that she has enthusiastically stepped into this new role as acting dean,” Acting Provost Ah Yun said. “I look forward to working with Dr. Feldner, and I’m excited to see the dynamic and innovative ways she will move the college forward.”

“I am honored to assume the role of acting dean of the Diederich College of Communication. Dr. Ah Yun will serve the university well in his role in the Provost’s Office, and I look forward to building on the momentum that began under his leadership in the college,” Feldner said. “I have had the privilege of working with the Diederich faculty, staff, students and alumni for many years. We have great energy in this college due to their commitment and hard work, and I’m excited to work together to keep us on this trajectory in this interim period.”

Feldner, who is a professor of communication studies, has also served as the director of the Marquette Core Curriculum since 2016. Previously, she worked on the Core of Common Studies Review Committee for six years and helped lead the Core Revision Facilitation Group. Additionally, Feldner chaired the University Board of Undergraduate Studies, has worked closely with the Center for Teaching and Learning, and participated in several faculty programs with the Office of Mission and Ministry.