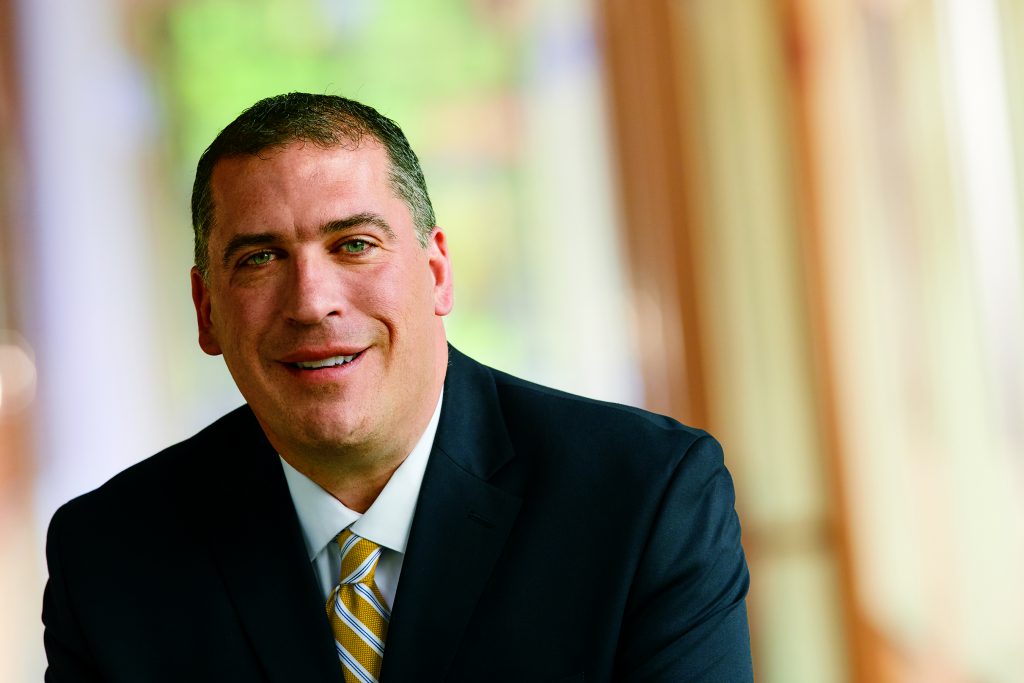 “On behalf of the Board of Trustees and the entire Marquette community, I want to thank Dave for his leadership and many contributions to the university,” said Marquette President Michael R. Lovell. “Since joining Marquette nearly two years ago, Dave has made a significant impact. Most notably, he helped close a 10-year partnership with Wintrust Financial Corp., which includes a substantial gift to scholarship aid and athletic sponsorships.”

While at Marquette, Lawlor was a key architect behind acquiring The Marq apartment complex through a lease and revenue sharing arrangement, which allowed the university to expand housing options for students.

He put decades of experience in operational best practices to use by increasing efficiencies and operationalizing the university’s strategic plan, Beyond Boundaries, and brought a more business-minded rigor and analysis to university operations.

“I will miss Dave’s contributions to our strategic plan implementation, but I certainly understand why he is attracted to this new opportunity and wish him continued personal and business success in his next chapter,” said Lovell.

President Michael R. Lovell has appointed Joel Pogodzinski, formerly chief financial officer at Marquette, to the role of senior vice president and chief operating officer. A 1994 graduate of the Marquette College of Business Administration, Pogodzinski joined Marquette in 2017. He previously served as vice president of finance and chief financial officer at Broan-NuTone LLC in Hartford, Wisconsin.