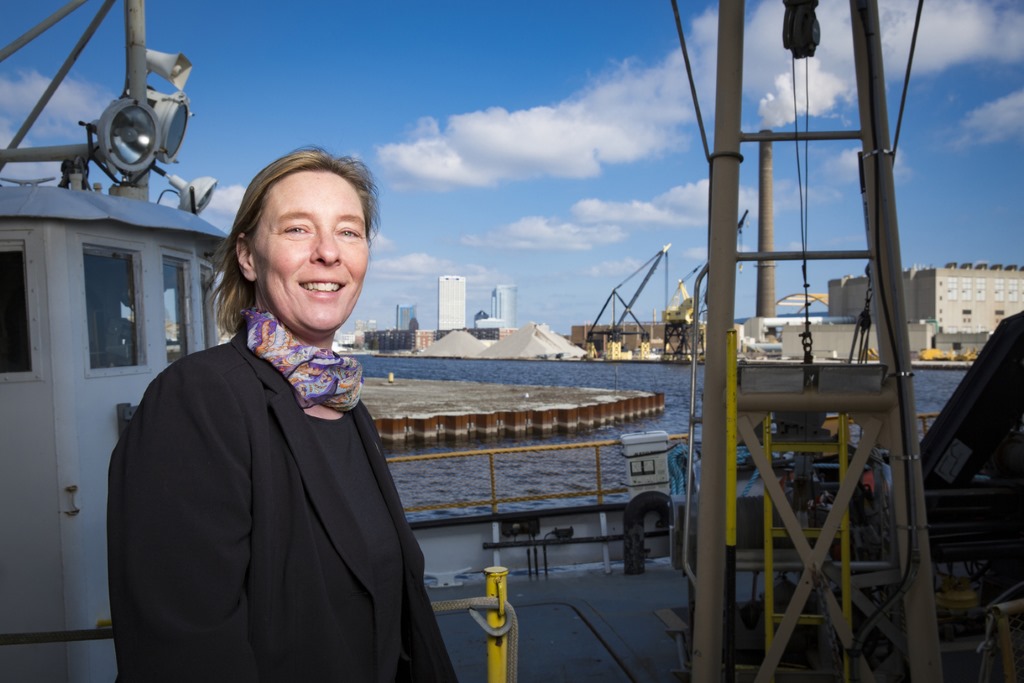 MILWAUKEE _ Tracy Boyer has been named the new Lynde B. Uihlein Endowed Chair in Water Policy at the University of Wisconsin-Milwaukee. In this position she also directs the Center for Water Policy in the UWM School of Freshwater Sciences.

Boyer is an economist, specializing in environmental and natural resources. Her work examines how human behavior affects the use of water resources through markets, pricing and institutions. She also researches tradeoffs that exist between conservation and development.

This position and the center itself were the results of a $2.6 million gift given in 2011 from Lynde Uihlein and the Brico Fund.

“Dr. Boyer’s background in working with governmental and local organizations, and her experience with a range of multi-disciplinary issues, make her an excellent choice to fulfill the center’s mission of providing science-based, sustainable water policies in Wisconsin,” said Val Klump, dean of UWM’s School of Freshwater Sciences.

Boyer comes to UWM from Oklahoma State University, where she was a faculty member in the Department of Agricultural Economics since 2003. Her work has focused on valuing water and water-based recreation, soil and water conservation, and adaptation to climate change.

“Environmental economics looks at ways to value the environment, such as water resources, that aren’t typically valued in the market,” she said. “You don’t have, for example, a market price for enjoying a day at the lake.”

Boyer was also co-lead researcher on a $20 million interdisciplinary grant from the National Science Foundation to help natural resource managers adapt ecological and human systems to accommodate climate variability, and to educate Oklahomans about the expected consequences.

At UWM, she plans to work with faculty and researchers across the state and region to provide information to the public and decision-makers.

“The role of the center is to anticipate what the issues will be,” she said. “Then we’re able to do the research so that it’s ready when policy is being made.”

Topics she sees as immediately of interest include:

Boyer earned a bachelor’s degree in international relations at Stanford University, a master’s degree in public affairs, studying environmental policy, and a PhD in applied economics, both from the University of Minnesota, Minneapolis.

About the UWM School of Freshwater Sciences
UWM’s School of Freshwater Sciences is the only graduate school in North America solely dedicated to freshwater issues and the largest water-focused academic research institution on the Great Lakes. Founded in 2009, the school studies the largest freshwater system on Earth, as well as urban rivers, wastewater infrastructure, groundwater and inland lakes, aquaculture, water technology and human and environmental health.

About UWM
Recognized as one of the nation’s 115 top research universities, UW-Milwaukee provides a world-class education to 25,000 students from 91 countries on a budget of $653 million. Its 14 schools and colleges include Wisconsin’s only schools of architecture, freshwater sciences and public health, and it is a leading educator of nurses and teachers. UW-Milwaukee partners with leading companies to conduct joint research, offer student internships and serve as an economic engine for southeastern Wisconsin. The Princeton Review named UW-Milwaukee a 2018 “Best Midwestern” university based on overall academic excellence and student reviews, and the Sierra Club has recognized it as Wisconsin’s leading sustainable university.