The East Side bike trail is a frequently used commuter route, and drainage problems have caused it to deteriorate. 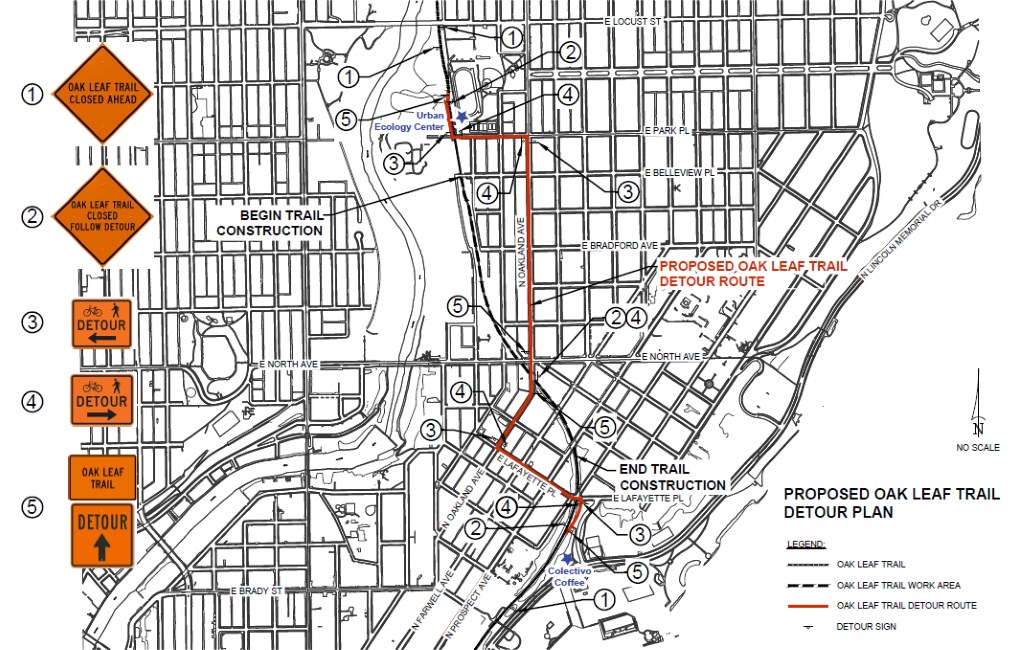 MILWAUKEE – Reconstruction to address drainage problems along the East Side Oak Leaf Trail, from East Belleview Place to North Prospect Avenue will begin in early November.

The East Side bike trail is a frequently used commuter route, and drainage problems have caused it to deteriorate.

“Milwaukee is one of the 50 most bike-friendly cities in the United States, and the planned improvements to our Oak Leaf Trail will only increase use by our strong and growing cycling community,” said Milwaukee County Executive Chris Abele.

Phase I of the project will encompass installation of a drainage system. The new system will better manage stormwater runoff that collects in the corridor. During this phase, temporary weekday trail closures will occur between 7 a.m. and 5 p.m. When the trail is closed, trail users will follow the signed detour along surface streets. Phase I is expected to last four to six weeks.

Phase II of the project, to begin in spring of 2018, will see the trail reconstructed and widened from its current 10 feet to 12 feet. Work includes reconstruction of the trail base and asphalt surface, and paving of a new access ramp at North Bartlett Avenue. The trail will be closed during the full duration of Phase II, or about four to five weeks. Trail users will follow the signed detour.

The $700,000 project is funded in part through a Department of Natural Resources Knowles-Nelson Stewardship Program Grant for $168,000 and a contribution of $175,000 from the Urban Ecology Center.

Project updates and trail closures will be posted at OakLeafTrail.com.

Pools will be open June 15 through mid-August