With the award, Fyke will work on several research projects during his sabbatical. 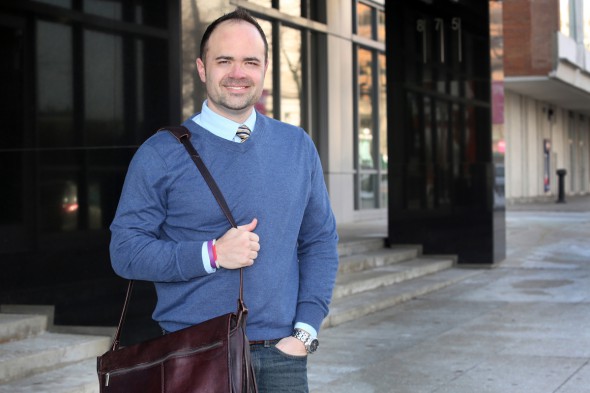 MILWAUKEE – Dr. Jeremy Fyke, assistant professor of communication studies at Marquette University, is a recipient of one of the Way Klingler Young Scholar Awards, which provides promising faculty with a semester long sabbatical for research.

With the award, Fyke will work on several research projects during his sabbatical. Additionally, he plans to work with other Diederich College of Communication colleagues on additional projects. He hopes to write an article within the next year on the unintended consequences of using metaphors in leadership training.

“My immediate plan is to continue, topically, the line of research I have established, and push forth on the projects I have in progress,” Fyke said.

Currently Fyke has three articles under review at various journals in addition to preparing one with a colleague for The SAGE Encyclopedia of Organizational Communication. He also plans to work with colleagues on additional projects, one of which will examine the role of internships in college students’ socialization into careers.

Way Klingler Young Scholar Awards support promising young scholars in critical stages of their careers. The awards of up to $32,000 are intended to fund $2,000 in operating costs and to cover up to 50 percent of salary to afford the recipient a one-semester sabbatical.