‘If Ever There Was a Place for Extreme Vetting, It’s Here’ 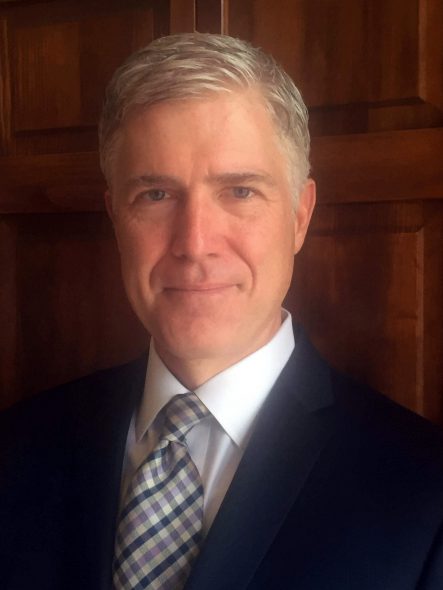 MADISON, Wis. — Tonight Donald Trump announced his pick for who he would like to fill a lifetime appointment to the United States Supreme Court, Neil Gorsuch, a federal judge on the 10th Circuit Court of Appeals.

Trump’s actions come despite unprecedented and unresolved issues of a hostile, foreign power’s interference in the 2016 election, litigation over his compliance with the Constitution, questions about his commitment to abiding by its provisions, and an appalling partisan power grab that has held the seat on the high court one for nearly one year.

The Monday night firing of the acting U.S. Attorney General for refusing to order the Department of Justice to defend a Muslim ban executive order before determining its constitutionality further exposes Trump. He has shown himself to be determined to consolidate executive power in his office alone and intends to apply litmus tests to those who surround him.

For his part Gorsuch has shown he seems to share Trump’s indifference to democracy, supporting giving unelected judges more power to strike down federal rules that protect consumers and the environment. He is also a staunch backer of limiting the rights of workers to benefit corporations, has ruled against access to contraception for women and thrown out sexual harassment lawsuits.

The following are the statements of Jenni Dye, Research Director of One Wisconsin Institute, a member of the Wisconsin chapter of the national Why Courts Matter Coalition:

“If ever there was a place for extreme vetting, it’s here.

“The reward for stealing a seat on the United States Supreme Court ought not to be the chance to make a lifetime appointment of a radical judge who could shape the direction of our nation’s highest court for decades.

“Our elected officials and top ranking public servants don’t pledge their fealty to a president, they swear an oath to uphold the U.S. Constitution.

“Now is the time for them to put patriotism before party and do their jobs, demand straight answers for the American people to the serious questions surrounding Donald Trump. The Senate must not reward last session’s obstruction by giving a president elected by a minority of Americans an extremist on the nation’s highest court.”

One Wisconsin Institute is a member of the Why Courts Matter Coalition focused on ensuring that the federal judiciary is representative of America’s diverse population and ending the judicial vacancy crisis.

2 thoughts on “Donald Trump Announces His Pick for Seat on U.S. Supreme Court”