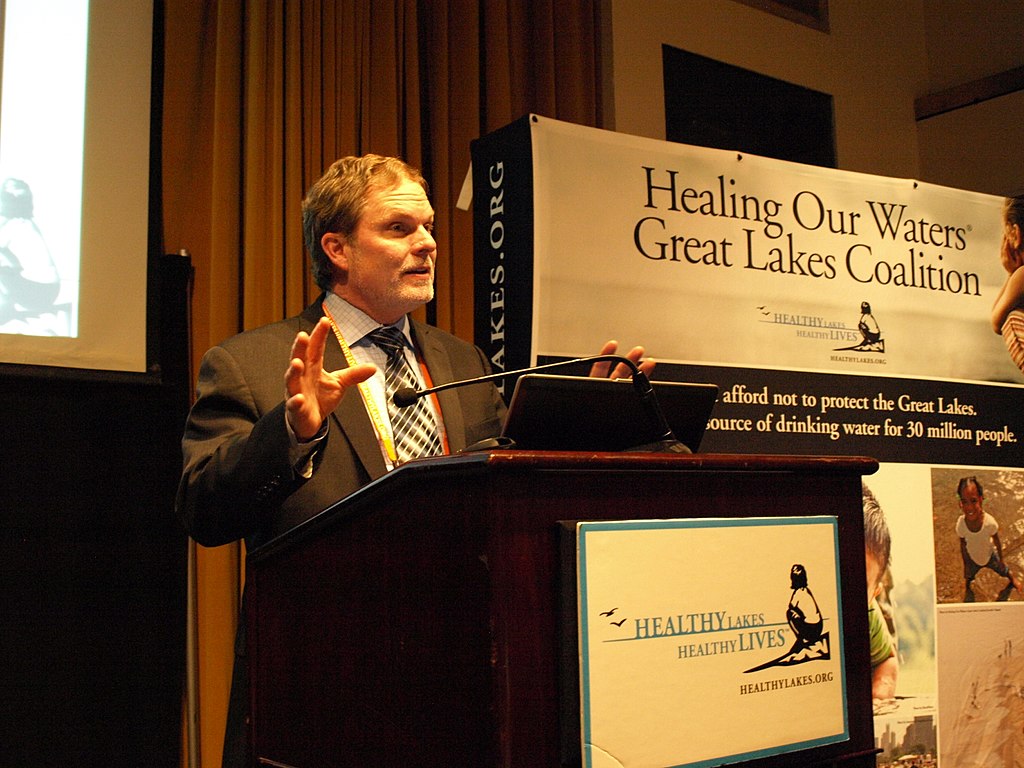 Todd Ambs. Photo by HOW Coalition from USA (CC BY 2.0), via Wikimedia Commons

“Beth has had a 15-year career in Wisconsin state government effecting change on policies that positively impact Wisconsinites,” Cole said. “Beth will certainly be missed by her DNR Family. We wish her and her family well. Our doors are always open.”

Prior to his return to the DNR in 2019 as Assistant Deputy Secretary, Todd was the DNR’s Water Division administrator from 2003-2010, where he was lead negotiator for the State of Wisconsin during the development of the Great Lakes Compact. Todd has worked in the environmental policy field for more than 30 years, most recently as the campaign director for Healing Our Waters-Great Lakes Coalition.

His extensive experience in both state government and nonprofit organizations includes serving as executive director of two statewide river organizations, policy director for the Ohio Attorney General and senior policy analyst for the Wisconsin Department of Justice. Todd graduated from Eastern Michigan University in 1980 with a Bachelor of Science in Political Science/Speech.

Secretary Cole also announced that Steven C. Little, the DNR’s Director of Management and Budget, will serve as DNR Assistant Deputy Secretary. Prior to being appointed Director of Management and Budget in 2019, Steven was a Senior Vice President of Government Relations for Citigroup Inc., with a focus on state government relations in the Upper Midwest.

Steven holds a Master’s Degree from the Robert M. La Follette School of Public Affairs at the University of Wisconsin-Madison and received his undergraduate degree in Government from Beloit College.