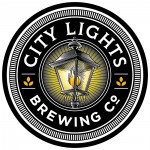 On the day of their one-year anniversary, City Lights Brewing Co. announced the upcoming launch of City Lights beers in both the Minnesota and Illinois markets, the planned addition of new fermenting tanks to double annual production capacity and the addition of Coconut Porter and Mosaic Pale Ale to its “signature series” of packaged craft beers.

City Lights Board of Directors Chairman Bob Mikulay stated, “We are both proud and humble that people have so positively embraced our beers, our culture and our brand. Our team is passionate and laser-focused to provide quality, balanced and delicious craft beers.”

Robin Gohsman, President of City Lights Brewing Company, added, “As we expand beyond the friendly confines of Wisconsin, the quality of the beer is of paramount importance. Our distributor network in both Minnesota and Illinois have recognized the quality of the beers that our brewing team zealously obsesses over. Our tag-line ‘The Heart of Milwaukee. The Soul of Craft™’ captures the heritage of Milwaukee’s beer legacy and marries it with today’s craft-centric culture.

City Lights Brewing Company is delighted to report its role in reinstating the United States Brewers’ Academy (USBA.)  Founded in 1892 by Anton Schwarz in Mt. Vernon New York, the USBA was a pioneer of modern brewing science in America.  City Lights’ Chief Innovation Officer, Dr. David Ryder, will continue the Academy’s legacy with a curriculum focused on beer and brewing related educational programming for both industry professionals and consumers. The Academy will be headquartered within the City Lights campus.