Celebration of Life and Funeral Mass 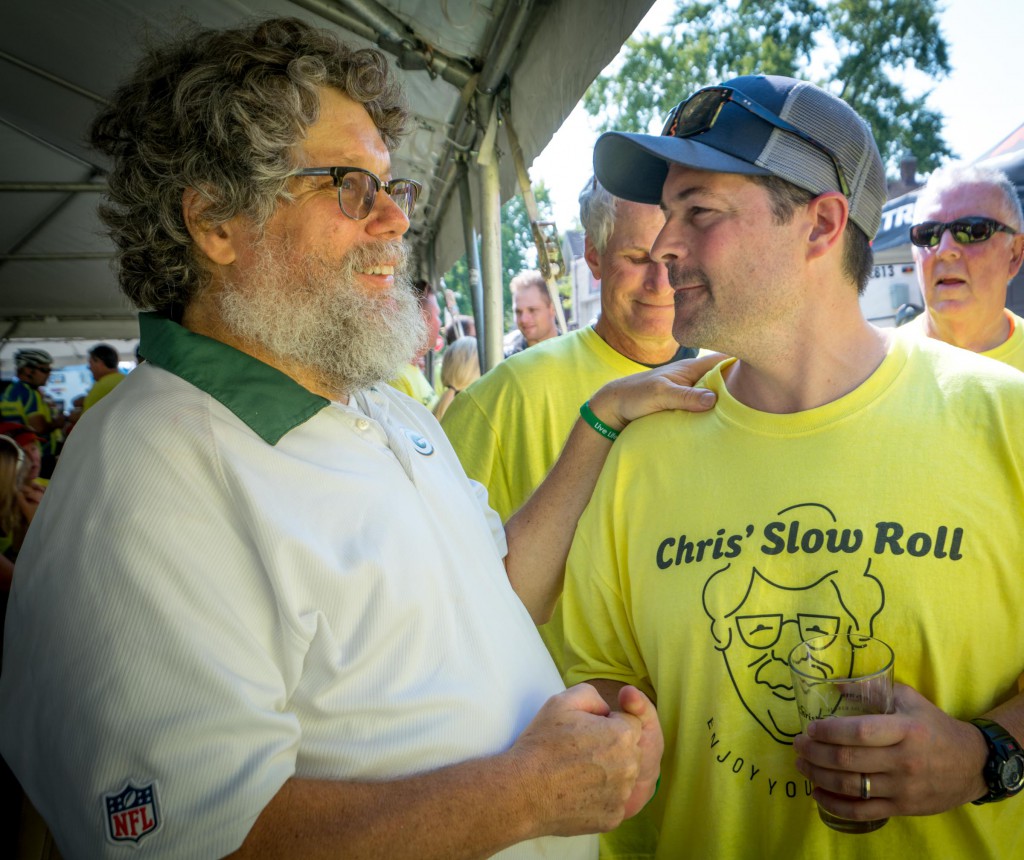 Chris Kegel worked with Jeff Dardes for years when he was heading up the UPAF Ride for the Arts.

(Milwaukee, WI) – “Yesterday Chris Kegel, a man of legendary love and kindness, passed away at his home surrounded by his family. Share with us in joy and sadness as we lift him to the next place.

We are certain the world is a better place because he spent time to listen and laugh with us.

The whole family is so happy to have shared his life with all of you.”

In lieu of flowers, a tax-deductible donation can be made to The Chris Kegel Foundation: http://www.chriskegel.com/the-chris-kegel-foundation/ . The foundation has been established by the family to continue Chris’ commitment to improving lives by providing greater access to bicycling.

To allow for family and staff to attend the Celebration of Life and the Funeral Mass,

Chris Kegel was born and raised in West Allis, Wisconsin.

In 1973, Chris began working as a bicycle mechanic at Wheel & Sprocket within weeks of the store opening. Through the years, Chris worked in every aspect of the business eventually becoming the partner of the original owner. In 1989, he became the sole owner and President of Wheel & Sprocket.

Through the years, Wheel & Sprocket has grown from its original Hales Corners, Wisconsin location to include 6 other locations in Metro Milwaukee, Wisconsin’s Fox Valley and Evanston, Illinois.

Chris was a tireless bicycle advocate and has a national reputation for creating more bicycle friendly communities. Chris advocacy work includes Oval Office meetings with two US Presidents. Chris has been on the board of the International Mountain Bicycling Association (IMBA), Bikes Belong, the League of American Bicyclists, the National Bicycle Dealers Association (NBDA), Recreation for Individuals Dedicated to the Environment (RIDE), the Bicycle Federation of Wisconsin, the Wisconsin Off Road Bicycling Association (WORBA), the Wisconsin State Trails Council, the Mequon Trails committee and Ozaukee Interurban Trail Advisory Council.

Chris and the Wheel & Sprocket team donated hundreds of hours each year to support dozens of community events and charity rides including the Ride of Silence, the United Performing Arts Fund (UPAF) Ride for the Arts, the Midwest Athletes Against Childhood Cancer (MACC Fund) Trek 100, the American Diabetes Association Tour de Cure, the Leukemia & Lymphoma Society Scenic Shore 150, and the Bicycle Federation of Wisconsin Ride Across Wisconsin. Since 1998, Chris has provided significant event support to many Juvenile Diabetes Research Foundation (JDRF) events including the ride in Death Valley, California.

In recognition of Chris’ lifelong-commitment to education and learning, Chris was bestowed an honorary doctorate by the University of Wisconsin-Milwaukee on December 15th, 2016.