Over the years, Café Manna has received numerous accolades and awards. 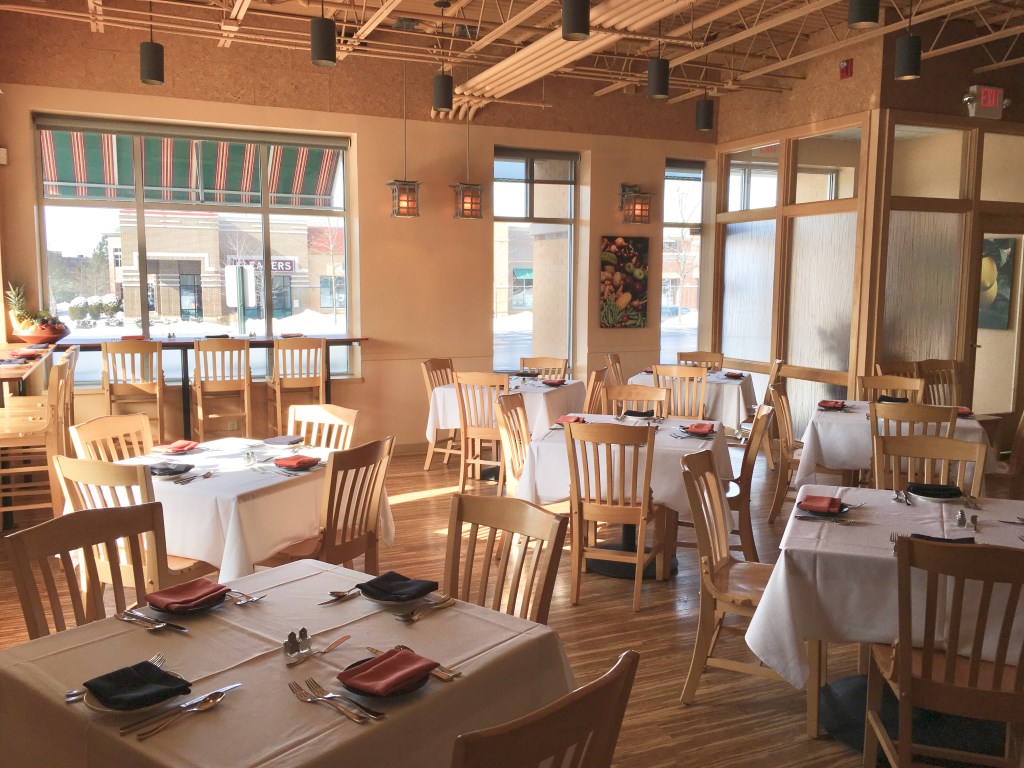 BROOKFIELD, WI – January 16, 2018 – Founded ten years ago by entrepreneur Robin Kasch, the award-winning Café Manna has been serving fresh, yummy food to the greater Milwaukee area. To celebrate its 10th anniversary, they will be running a 3 day-long celebration starting on February 16th featuring gift card giveaways for each adult patron. A special anniversary menu will highlight some of the favorite dishes from the past ten years. Café Manna will also be launching a weekly Sunday Brunch from 9am to 2pm at this time and will be closed on Mondays.

Robin Kasch founded this restaurant out of necessity ten years ago when she was faced with some health issues. She studied food and nutrition in an effort to arrest and eliminate her health concerns. Kasch stated, “I used food as part of a regimen for my healing. I learned the power of making the proper food choices to support my body in healing. Because I had to be very selective in what I ate, I found that there were very few restaurants that offered the kinds of foods I could eat. I founded Café Manna so that I could eat a wider variety of nutritious foods and so I could support the greater community in the same way.”

“When visiting my daughter in Los Angeles, my husband and I visited a very fine vegan restaurant. As soon as we walked in, I knew this was the path I wanted to take. The owner was kind enough to share her story with me, and the rest is history.”

With the help of an inspired mentor, Kasch found a location and suppliers. One year later, Café Manna opened its doors.

In addition to a wide variety of vegetarian dished, Café Manna also offers vegan, gluten free and living raw selections. All of Café Manna’s food is made from scratch. Café Manna was one of the first green certified restaurants in the greater Milwaukee area and the first full service restaurant in Wisconsin to earn a 3 star certification level with the Green Restaurant Association of America.

“We are committed to maintaining as small a carbon footprint as possible,” says Kasch. In order to earn the 3 star rating, Café Manna was outfitted with energy star efficient equipment, walls covered with 100% non-toxic paint, sconces made from recycled metal, floor, vestibule and countertops fashioned from renewable bamboo, additional countertops of recycled paper known as paperstone, and reverse osmosis water for cooking and drinking. All of the carryout containers are fabricated from recycled paper, potato or vegetable starch, corn or sugar cane. “We use no plastics or Styrofoam, and there are no deep fryers or microwaves on the premises”, comments Kasch.

Over the years, Café Manna has received numerous accolades and awards including being named in Carol Deptolla’s Eight Great Restaurants in 2008, Anne Christenson’s Top 25 in Milwaukee Magazine in 2009, the Milwaukee Journal/Sentinel’s Top 30 Restaurants of the Year, M Magazine’s 2017 Top 50 Restaurants, The A List Best New American in 2016 and 2017, and Best Food at the Wisconsin Humane Society’s Feasting for Fido. 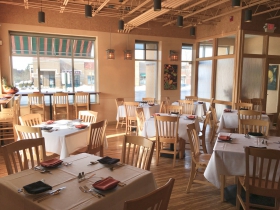 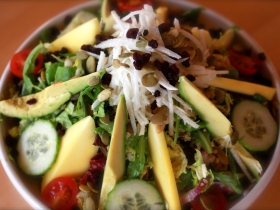 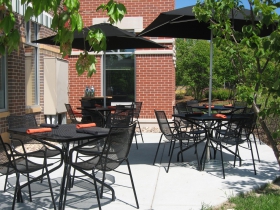 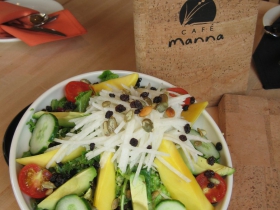 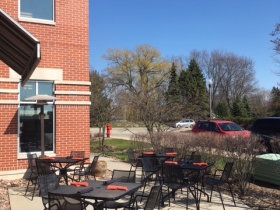 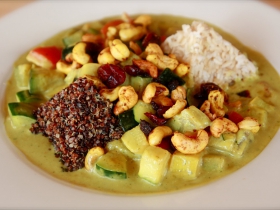