‘Views Are Not Just Extreme, They Are Dangerous to Women’s Health’

MADISON, Wis. — Wisconsin Supreme Court candidate Brian Hagedorn has publicly and repeatedly attacked legal abortion, including calling for overturning the landmark Roe v. Wade decision of the United States Supreme Court. According to a copy of a candidate questionnaire obtained by One Wisconsin Now Hagedorn appears to have done so again, this time as a candidate for the state high court.

A copy of a questionnaire from the anti-abortion special interest group the Wisconsin Right to Life, who has announced their endorsement of Hagedorn, asks a single yes or no question: do you favor a reversal of the U.S. Supreme Court decision Roe v. Wade?

“Brian Hagedorn’s views are not just extreme, they are dangerous to women’s health,” said One Wisconsin Now Research Director Joanna Beilman-Dulin. “Brian Hagedorn continues to call to reverse the U.S. Supreme Court’s Roe decision, the result of which would be to criminalize abortion in Wisconsin, even in cases of rape or incest. He would also go even further, endorsing a measure that would outlaw most birth control and could even ban in vitro fertilization and stem cell research.”

The effect of the 1973 Roe decision being invalidated would mean that abortion would be criminalized under state law, the enforcement of which is currently prohibited in Wisconsin by the decision in this case. The Wisconsin law would threaten doctors, nurses and others with felonies for helping a woman have an abortion in almost every circumstance, even pregnancies resulting from rape or incest.

Hagedorn’s campaign is also being supported by a right-wing group that lobbies for a radical rewrite of the Wisconsin State Constitution. If adopted their proposal would have the effect of outlawing almost all forms of birth control, ban all abortions including for victims of rape and when the mother’s life is endangered. Analyses of similar efforts in other states suggest the changes would likely ban in vitro fertilization, stem cell research and could even result in police investigations of miscarriages.

Hagedorn’s anti-women’s health care extremism is not new. While a law student, Hagedorn maintained a weblog on which he wrote extensively on issues and legal decisions by courts. Among his rants he denounced the U.S. Supreme Court decision protecting abortion rights as “ridiculous” and said it should be overturned and he even suggested that it is not appropriate to give rape victims the morning-after pill to prevent pregnancy. He also opined that he, “hates Planned Parenthood” and that it is a “wicked organization.” 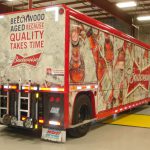