Botanists Identify – And Contain – A New Invasive Grass In Wisconsin

Early Identification And Reporting Will Keep It From Spreading 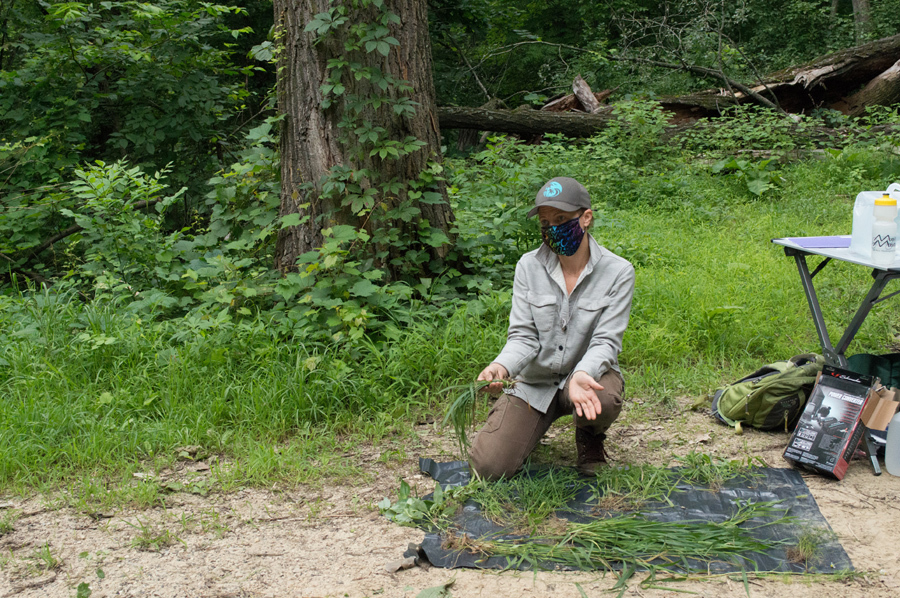 LA CROSSE, Wis. – The serendipitous discovery of an aggressive invasive grass never before documented in Wisconsin sparked a rapid response effort in July culminating with Department of Natural Resources staff and partners surveying the property and hand-pulling small patches of the plants and spraying larger patches with herbicide.

“We were very fortunate the Japanese stilt grass was spotted early by a person familiar with the plant and who knew how to report it,” said Kelly Kearns, DNR invasive plant specialist. “As a result, we were able to get out there and get on it. This was a textbook example of early detection and control, and why citizen reports of invasive species are so important.”

Kearns calls on users of the property to keep an eye out for this highly invasive grass. To identify possible Japanese silt grass, take a closeup photo of the plant, collect a specimen of the entire plant, and check the identification and resources tab on the DNR Japanese stilt grass web page to make sure it is the right species and not a look-alike.

Japanese stilt grass likely will only be found in shaded forests or forest edges, along roads, trails or streams. The key identification features are a silvery stripe of hairs down the middle of the leaf’s upper surface and wiry stems.

The plant can be reported through the Great Lakes Early Detection Network cell phone app or people can send an email with its location, population size and closeup photo to invasive.species@Wisconsin.gov.

The grass has been found and is spreading in all states east and south of Wisconsin except for Maine. It is listed as a prohibited species in Wisconsin under Wis. Adm. Code ch. NR 40. Control efforts are required for prohibited species and it is illegal to buy, sell or transport.

The right person at the right time

Amanda Weise, a botanist for the University of Minnesota, was volunteering for DNR’s Rare Plant Monitoring Program on a weekend and saw the invasive grass. Until this July, Japanese stilt grass hadn’t been found in Wisconsin.

Weise, who is originally from New England, was very familiar with Japanese stilt grass. She collected and pressed a specimen of the plant, took photos and checked EDDMaps, an invasive species tracking website. She found that there were no verified reports yet in Wisconsin and submitted her report via the EDDMaps app on her phone.

Because the site was on a state forest and immediately adjacent to a State Natural Area, DNR was able to quickly respond by sending staff to carefully survey all the roads, trails and streams in the area. Weise was on site and gave DNR staff a quick identification lesson. Staff flagged every patch, recorded its coordinates and hand-pulled small patches.

Larger patches along the road and parking area were sprayed by DNR State Natural Area crew members. They will return every year to re-survey and treat the area until no more plants are found.

Because there are no other known local sources of Japanese stilt grass, the plant was likely accidentally brought to the site on the shoes or gear of a hunter or hiker coming from an infested area in another state. The seeds can spread down streams and get caught in tires, boots and the feet of animals, moving along trails and roads.

Kearns asks people to keep a boot brush in their car and clean off their shoes, gear, and pets before and after a hike to prevent the accidental spread of seed. 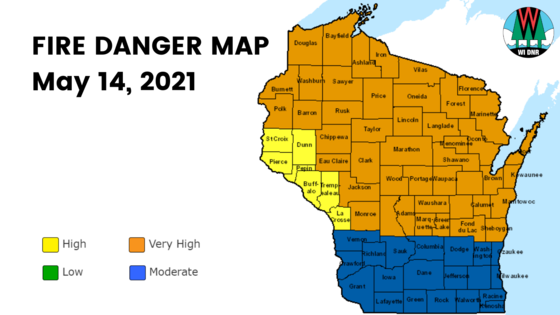