An award-winning author on veterans’ health care and the national president of Veterans for peace will headline Milwaukee’s 12th annual Armistice Day program at 7 p.m. on Monday, Nov. 11, sponsored by a coalition of peace and justice organizations.

Speaking will be Suzanne Gordon, journalist and author, whose latest book is, “Wounds of War: How the VA Delivers Health, Healing, and Hope to the Nation’s Veterans,” and Gerry Condon, national board president of Veterans For Peace, a longtime peace activist.

The event, at Central United Methodist Church, 25th and Wisconsin Avenue, is a reminder that Nov. 11 — now a day to honor veterans – was established as a day to promote world peace at the end of World War I, the “war to end all wars,” in 1918.

Suzanne Gordon is the author, co-author or editor of 19 books including Life Support: Three Nurses on the Front Lines, and The Battle for Veterans’ Healthcare. She is an outspoken opponent of attempts to privatize veterans’ health care.

Gerry Condon, a Vietnam era veteran and war resister who has long been active in the peace movement, will speak on, “Sailing for Nuclear Disarmament: The Voyage of the Golden Rule.”

The Golden Rule, a project of Veterans For Peace, aims to advance opposition to nuclear weapons and war in a dramatic fashion. The Golden Rule is the original peace ship, that set sail in 1958 to stop nuclear testing in the atmosphere, and which inspired many peace makers and peace ships that followed. The reborn and restored Golden Rule is sailing again, and is currently in Hawaii.  The Golden Rule crew spreads the word about the continuing dangers of nuclear power, and the poisoning of the air, water and soil from the entire nuclear cycle, from uranium mining to the disposal of nuclear waste.

The Pardee Boys, an acoustic folk music trio, will perform beginning at 6:30 pm. The event is free and open to the public. 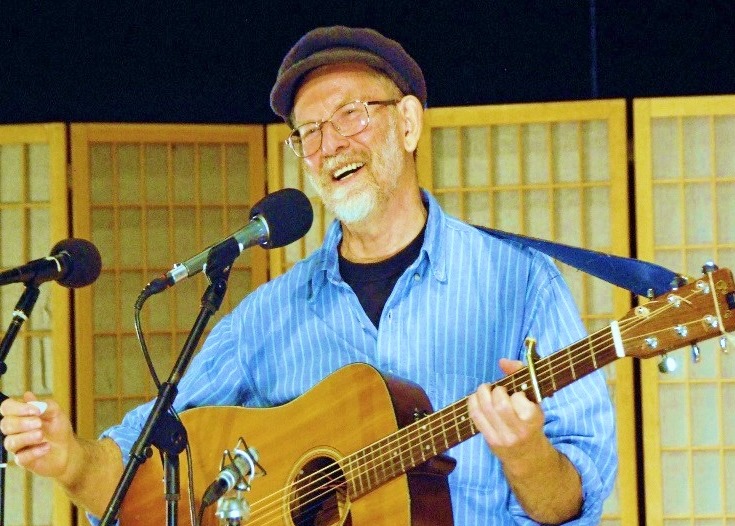 Musician-activist Tom Neilson To Play Benefit for Veterans for Peace