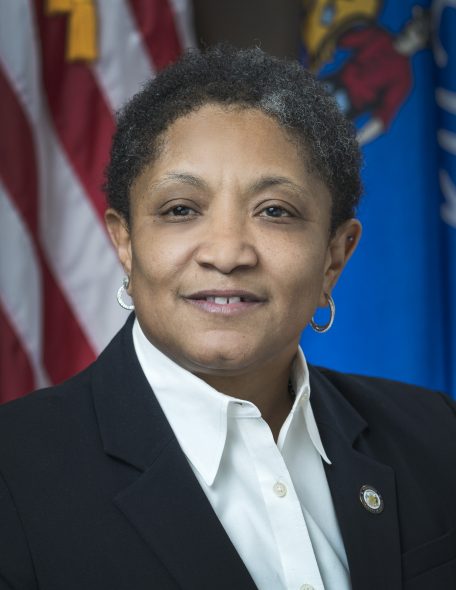 Tina Virgil. Photo courtesy of the Wisconsin Department of Justice.

MADISON, Wis. – Wisconsin Attorney General Josh Kaul today announced the appointment of Tina Virgil to serve as the new administrator for the Department of Justice (DOJ) Division of Criminal Investigation (DCI). She will begin her new role on December 19, 2021.

Administrator Virgil has served as Administrator of the Division of Law Enforcement Services since being appointed to that position by Attorney General Kaul in January of 2019. Prior to that, Administrator Virgil served at DOJ as DCI Director of the Special Investigations Bureau, overseeing critical-incident response for officer-involved shootings, State Fire Marshal, DCI Eastern Regional Director, Executive Director of the Office of Crime Victim Services, a Special Agent in Charge, and a Special Agent.

Administrator Virgil is active in many organizations, including as a board member of the Sun Prairie Plan Commission, Chapter President for the National Organization of Black Law Enforcement Executives (NOBLE), and has been formally nominated to join the incoming class of the Madison Museum of Contemporary Art’s Board of Trustees. She is also a member of a number of law enforcement organizations. Additionally, Administrator Virgil was the 2021 recipient of the Wisconsin Women in Government Legacy Award.

She received her Bachelor of Science in criminal justice and psychology from Edgewood College and graduated from Northwestern University School of Police Staff and Command.

Settlement includes $1.7 billion in debt cancellation and $95 million in restitution; Wisconsin borrowers will receive over $23.8 million in relief