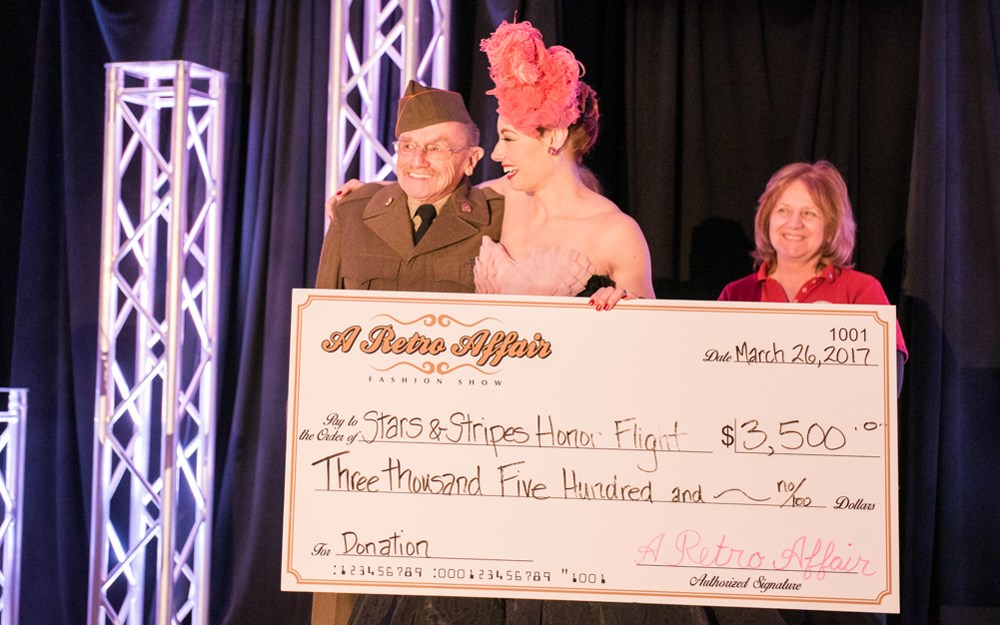 MILWAUKEE — After last year’s event drew over 100 people and raised $3,500 for the Stars & Stripes Honor Flight, the “A Retro Affair” gala retro and vintage fashion show will return for its second year Saturday, March 10 at the Milwaukee County War Memorial Center.

“A Retro Affair” is once again being organized by Pam Pfeifer, a Milwaukee-based, internationally published pinup model and retro fashion designer. The event’s title sponsor for 2018 is Hollyville, Pfeifer’s new, Milwaukee-based online clothing boutique (hollyville.com), and Pfeifer will be showing new items from her retro fashion line, PMDesigns by Pamela Marie. Lines from at least seven other local, national and international designers will also be shown.

The event will start at 6 p.m. and run approximately two hours. Tickets are currently available to the general public at 2ndannualretroaffair.eventbrite.com, with seats along the runway priced at $55. Proceeds from the event will be donated to the Stars & Stripes Honor Flight, for which Pfeifer is a volunteer. A check presentation ceremony will be held at the end of the event.

Media are welcome to both cover the event and contact Pfeifer for availability prior to the event.

With retro and vintage-inspired fashion continuing to grow in popularity, the event will show a variety of options for people looking to achieve the look.

Among the designs shown will be a line from The Pretty Dress Company, which designs and produces its items in England. Local designers will also be highlighted. The PMDesigns by Pamela Marie line has been created entirely in Milwaukee by Pfeifer herself, utilizing vintage and retro-inspired patterns. Items from Milwaukee’s Brass Rooster haberdashery and Hen House women’s hat shop will be featured.

Twenty-nine models will walk the runway, selected from a group of nearly 45 who showed interest from around the Midwest. A goal of the event is promoting body positivity and the idea all women, no matter their color or shape, are beautiful. Hair and makeup for the models will be provided by Bonnie Holly and The Revolution Hair Studio in South Milwaukee, Wis.

Pfeifer is best known locally as one of two volunteer “Bombshell Girls” for the Stars & Stripes Honor Flight, a charitable effort to honor local veterans of foreign wars. The flights are currently held four times annually, transporting veterans from Milwaukee to Washington, D.C. to spend the day touring memorials to their efforts and fallen brethren. They then return to Milwaukee with a celebratory homecoming, often attended by hundreds of people, at General Mitchell International Airport.

Pfeifer and fellow “Bombshell Girl” Molly Maka have been involved since 2010, attending the homecoming in vintage or retro apparel and makeup. The duo tours the crowd of well-wishers before the flight to pose for pictures, then is among the first to welcome veterans home with cookies and a kiss on the cheek. Pfeifer, Maka and Pfeifer’s husband, Dan, have each accompanied a veteran on the flight as guardians; Pam with her grandfather, a Korean War veteran, and Dan his father, who served in Vietnam.

MORE THAN A FASHION SHOW

To further the charitable effort, “A Retro Affair” will also feature a silent auction with over 20 items up for bid. Among those donating packages are the Green Bay Packers, the Wisconsin State Fair, Summerfest, Potawatomi Hotel & Casino and others.

Maka, also a local vocalist, will both perform a song during the show and join Pam as a model. Dan, a voice familiar to Milwaukeeans as an announcer for Lakeshore Chinooks baseball, Marquette University Lacrosse and high school football on The Big 920 WOKY, will serve as the event’s emcee. Double Platinum DJ Service has partnered with the show to create a dynamic setting for the event. A cash bar will be available throughout the night. Designs shown will be available for purchase following the show.

The inaugural “A Retro Affair” on March 26, 2017 was a success, not only raising $3,500 for the Honor Flight, but also featuring nearly twenty-nine models. Media coverage included features by WISN 12, Urban Milwaukee and others. Pictures and more can be found at the “A Retro Affair” Facebook (facebook.com/retroaffair) and Instagram (instagram.com/a_retro_affair) pages. 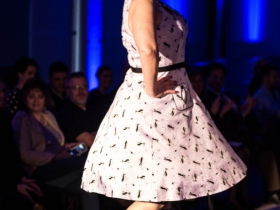 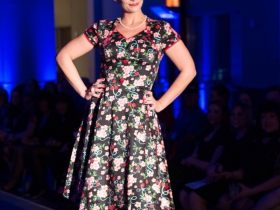 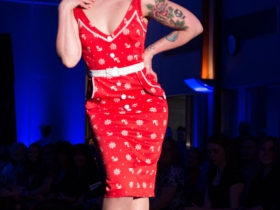 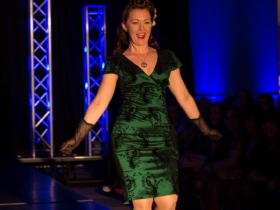 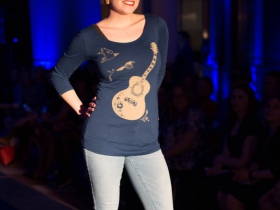 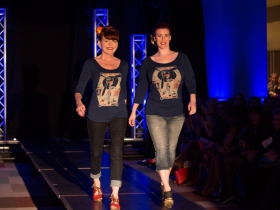 
ABOUT THE ORGANIZER AND HOLLYVILLE

In addition to Pam’s Honor Flight work, she has achieved international success as a pinup and retro model under the name Pamela Marie. Her Facebook fan page has nearly 40,000 followers and she has worked with professional photographers in London, New York, Los Angeles, Chicago and Las Vegas.

Last year’s show featured the successful launch of PMDesigns by Pamela Marie, while this year’s show is hoped to be seen as a launching pad for Hollyville.

As a designer and seamstress, Pam previously created intricate period dresses she herself wore as a member of the cast of Kenosha, Wis.’s Bristol Renaissance Faire for 10 years, considered by many to have the nation’s most historically accurate renaissance faire cast apparel.

Hollyville, meanwhile, is the beginning of an effort to create a Midwest-based destination for retro and vintage-inspired apparel. In addition to selling PMDesigns by Pamela Marie clothing and other popular retro brands like Steady Clothing and Retrolicious, it is one of the few American boutiques to feature England’s sought-after Voodoo Vixen brand. In the spring, Hollyville will become one of only two United States dealers, and the first east of the Mississippi River, for internationally sought-after CRISTOFOLI shoes from Belgium.