Melanie Booth, a native of the South, received her BA degree in Journalism from Ole Miss and was a Regional Director of Public Relations for Hyatt Hotels and Director of Public Relations for the Four Seasons Hotel Chicago. She and her husband relocated to Milwaukee in 1995 where Booth joined the Junior League of Milwaukee and later served on the boards of the Junior League, First Stage Childrenʼs Theater, Friends of the Milwaukee Public Museum, Tree of Life Pre-School, Junior Achievement Womenʼs Association and the Middle and Upper School Advisory Councils for the University School of Milwaukee. She has twice co-chaired the Make Believe Ball and the Junior Achievement Holiday Auction and has co-chaired auctions for Penfield Childrenʼs Center, Special Spaces of Southeast Wisconsin, University School of Milwaukee, and the Junior League of Milwaukee. In 2008, Booth and her husband Steve co-chaired the Creative Fusion gala for Milwaukee Institute of Art and Design. Booth is currently co-chairing the 100th anniversary celebration of the Junior League of Milwaukee (the Centennial Soiree) which took place June 20, 2015. She is married to Steve Booth, President and COO of Robert W.

Baird & Co. In June of 2014, the Booths received the COA “Parents of the Year” award. They have a son at Northwestern University, a daughter at Santa Clara University, and a son at the University School of Milwaukee. 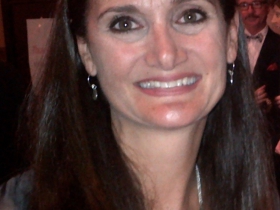