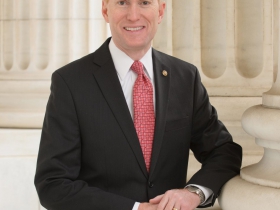 Johnson Introduces the Guidance Out of Darkness Act

U.S. Senator Tammy Baldwin Calls for Expanded Access to Care and Resources for Families with Alzheimer’s

Bipartisan Group of Senators Ask CMS to Launch Campaign to Educate Alzheimer’s Clinicians, Patients and Families about Resources Available to Them