Lawmakers: current "piecemeal policies do not amount to the coordinated, national action plan that is necessary to save lives"

Pocan Demands Transparency on Sedative Shortages for Patients on Ventilators 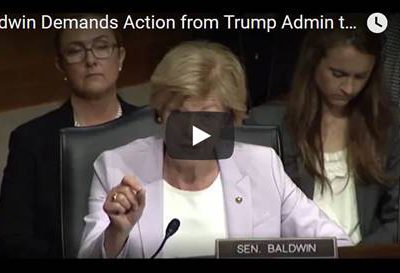 The letter led by the sponsors of the RAISE Act--Sens. Collins, Baldwin and Reps. Harper, Castor--calls on Secretary Azar to begin seeking nominations for new advisory council