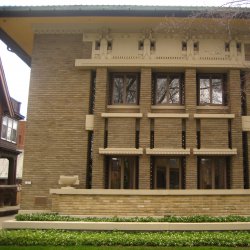 The Frederick C. Bogk House is the only residence in Milwaukee totally attributable to Prairie School architect, Frank Lloyd Wright. The plans were designed in 1905 and the house was erected in 1916-1917 under Wright’s supervision. It was during this period that Wright’s work is referred to as his “Japanese Years” and the north side of the house closely resembles the Imperial House in Tokyo. The structure is a two-story rectangular block with walls of tan tapestry brick and trim of precast concrete. Typical Wrightian details are evident in the strong horizontal lines, geometric patterns , deep-set windows and wide overhanging eaves. The windows and trim were painted “Wright red.” the interior plan radiates from a central fireplace and the current owners have refurbished it under the direction of Wright’s widow and the Taliesin Associated Architects.

Frederick C. Bogk was a local business man in real estate and fire insurance and served as an alderman from 1911 to 1916. He was one of the innumerable sons and daughters of successful Milwaukee immigrants who built prestigious homes in the city’s fashionable upper east side neighborhoods bordering Lake Michigan and Lake Park. Bogk’s neighbors were probably aghast when this “modern” house was built amidst the traditional English Tudors and Georgian Revivals. 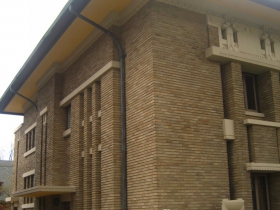 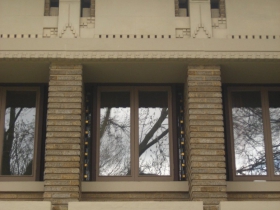 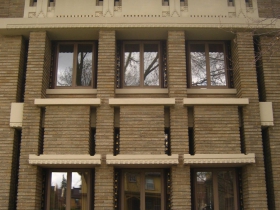 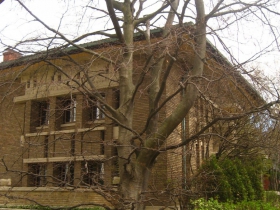 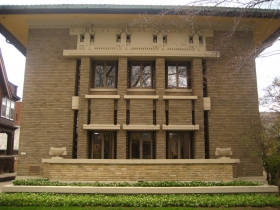 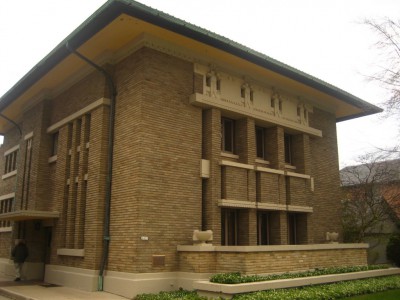 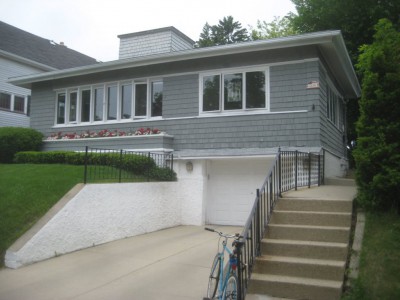 The modest home was hidden in plain sight until a Wright fan from Chicago started snooping around.

The Legacy of Frank Lloyd Wright

His impact on Milwaukee, and connection to other architects and cities. First of a series. 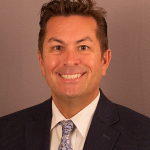