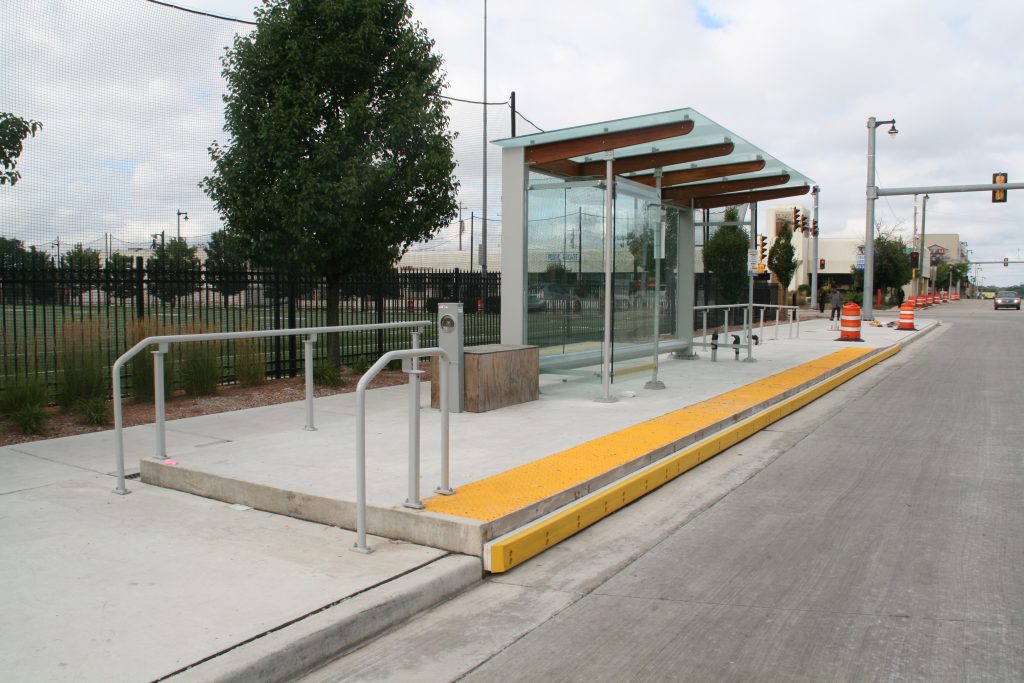 Transit officials are now planning to take a major step forward with the project and apply for the same federal grant that funded approximately 80% of the county’s first BRT, the east-west route which is expected to be up and running by June this year.

Milwaukee County with the help of the Southeastern Wisconsin Regional Planning Commission (SEWRPC) has been working on a study of the feasibility of an enhanced transit service along the 27th Street Corridor. In 2021, the project team landed on a BRT as the recommended transit upgrade, and in 2022 they revealed the proposed route.

The latest cost estimate for the 18-mile BRT line is approximately $148 million. It is roughly double the size and cost of the East-West BRT.

The timeline for taking a BRT project from a plan to operating service is long and complicated, as the east-west line has shown. It has taken approximately seven years for that project to go from planning to completion. Once the East-West BRT launches service in June, Locher said, transit officials will focus their attention on planning and advancing the north-south project.

Get a daily rundown of the top stories on Urban Milwaukee
There are several stages to advancing a transit project with a Small Starts Grant. To secure funding, the county is required to conduct a feasibility study, and environmental review, engineering and design, gain any neccessary approvals from local governments that intersect with the project and secure a 20% local funding match.

Brittany Bertsch, an MCTS project manager, said the north-south project is currently engaged in the feasibility study phase of the project. Next, officials will tackle project development which will involve the environmental review and the design.

“They do take quite a bit of time,” Bertsch said. “It took us years to get to the point where we had 100% design so we’re looking to kick off both of those sort of simultaneously this year.”

The East-West BRT has been hit with a series of delays, most of which occurred during project development as transit officials sought to secure a $40 million federal grant for the project. Initially, the project was expected to be up and running by 2021. Getting to a final grant agreement proved difficult as transit officials worked through changing criteria from the, at times unresponsive, Federal Transit Administration (FTA) under the Trump Administration.

The county finally secured the grant in December 2020 and began construction in June 2021.

Brown-Martin has previously said that she thinks the county’s chances of securing another Small Starts Grant are “damn good.”

“You have the support of the governor’s office right now, they like this project. Wisconsin DOT has been working with us… SEWRPC, this is part of their overall long range plan and they have been a key player in this initiative,” she said. “You have two congressional members who are very supportive of this project; and whenever briefings are done on this with either Senator [Tammy] Baldwin or Congresswoman [Gwen] Moore, the first thing they ask us is what’s the status of my project.”

The North-South BRT is intended to improve transit in the 27th street corridor that intersects the East-West BRT. By employing a mix of transit upgrades including fewer steps, dedicated lanes, all-door boarding and off-board fare collection, BRT lines are intended to provide higher-quality, faster bus service similar to rail lines.

The route planned for the 27th Street Corridor would, beginning from the north, run from Bayshore Town Center mall in Glendale, west to N. Teutonia Ave. via Silver Spring Drive, south to N. 27th St. and continuing across the city to W. Drexel Ave. and the Northwestern Mutual Franklin campus before making a loop to the nearby Ikea store.