It's the club's third suspension since 2019. 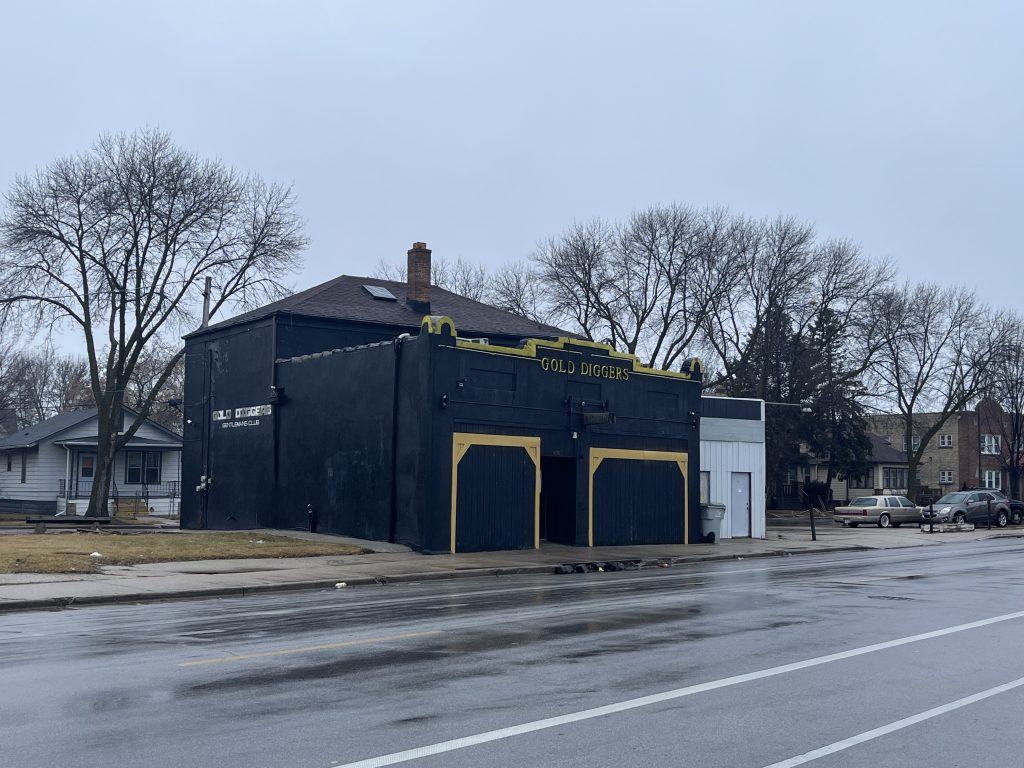 A bar and strip club in the Old North Milwaukee neighborhood is now serving a 20-day suspension, its third city-imposed closure since 2019.

The Milwaukee Common Council voted unanimously on Jan. 17 to temporarily suspend the liquor license for Gold Diggers as part of the tavern’s annual license renewal.

The bar was ordered to remain closed from Jan. 18 at 12:01 a.m. until Feb. 7 at 11:59 p.m. as a result of a four-item police report, which detailed an alleged assault on an employee, patron overdose and two reports of gunshots (one of which turned out to be false), and neighborhood and aldermanic testimony.

Located at 4750 N. Hopkins St., Gold Diggers has also been the subject of repeated police calls and reports related to loitering, littering, public defecation and urination, loud music and operating outside of legal hours.

The majority of police calls came from one neighbor, Roshounda Cleveland, who labeled the bar “a living hell in our neighborhood.”

Cleveland, who said she has lived in the neighborhood for more than 10 years, was the sole neighbor to testify against the bar at a Jan. 4 Licenses Committee hearing.

“I’m the only one who has the guts to come and testify against him,” she said. “I’ve been testifying against him for over seven years for the same reasons.”

Get a daily rundown of the top stories on Urban Milwaukee
Bar owner Michael Ray Sr. appeared before the committee on Jan. 4 with counsel from attorney Michael Maistelman.

“It’s bad blood. I don’t know what can be done,” said Maistelman, who added that he gives his and Ray’s contact information to Cleveland every year, as well as offering to meet with police. “We’re willing to do anything that anybody suggests.”

He also noted that Cleveland gives “identical testimony” every year at the hearing, to which she replied: “yes, because it keeps happening.”

As part of his closing statement, Ray noted that the police have the passwords for his security cameras and are able to access the footage “whenever they want,” even if he’s not on the premises.

“This is a very difficult situation,” said Alderman Khalif Rainey, who presides over the district in which the bar is located. “The issue is, there’s typically never a police report associated with any punitive action towards this business.”

The alderman added that it’s hard to find a solution to satisfy both parties because, although Cleveland said she has called the police dozens of times and recorded video of the incidents, there were not police reports to substantiate her claims.

Speaking directly to Ray, who remained mostly silent throughout the hearing, Rainey asked, “where is the disconnect between you and the community?”

At the conclusion of the Jan. 4 hearing, the Licenses Committee unanimously voted to recommend a 30-day suspension for the bar. At Tuesday’s Common Council meeting, Rainey moved for 20-day suspension, a lesser punishment than the original 30-day recommended suspension. He did not discuss the reasoning for his motion.

No written objections were filed on behalf of the bar. Ray did not respond to a request for comment by the time of publication.