Construction is underway on one of the more unconventional new restaurant complexes in modern Milwaukee history.

Pramoth Lertsinsongserm, co-owner of Japanese and Thai restaurant Rice N Roll Bistro on the Lower East Side and Kin in Wauwatosa, is developing a $2.5 million, two-building restaurant at 2159-2161 S. Kinnickinnic Ave. at the northern edge of Bay View.

A two-story, northern building will contain a dining room, kitchen and second-level deck on the north side of the lot. It will include a portion of the one-story garage structure currently in the middle of the lot, with the remainder of that garage stripped to its frame and becoming an outdoor seating area.

The one-story, southern building will have 1,267 square feet of finished space. A foundation for this structure is now visible.

A walkway will divide the two structures, providing access to a large rear patio.

The 0.37-acre, 60-foot-wide site was used most recently as “the backyard” for the adjacent The Backyard tavern. But Lertsinsongserm acquired the property in March 2021 for $600,000. The Backyard owner Sam Leaf elected last year to demolish a carriage house behind his tavern, 2155 S. Kinnickinnic Ave., to preserve an outdoor patio space for his tavern.

Prior to serving as a bar patio, it housed a two-story building for approximately a century. The structure, used as a movie theater for a period, was demolished in 2000.

Dan Beyer of Dan Beyer Architects is leading the design of the new complex. Kelly Construction & Design is serving as the general contractor.

Get a daily rundown of the top stories on Urban Milwaukee
The Board of Zoning Appeals granted a zoning variance last year to allow the buildings to be set back from S. Kinnickinnic Ave. to create a front seating area.

The rear of the site stretches to S. Robinson Ave. and is predominately a gravel lot currently. It would be reconfigured to house a number of outdoor seating areas, including a wood deck and hardscape patio. A two-story garage structure, addressed as 2170 S. Robinson Ave., is not included in the project according to the variance request and would remain on the western edge of the lot.

Pramoth could not be reached for comment on the proposal. 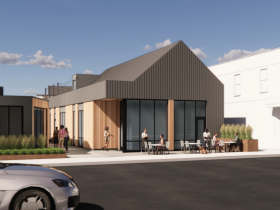 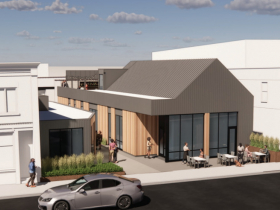 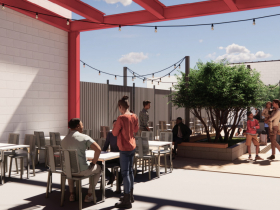 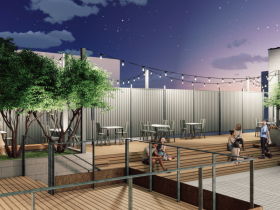 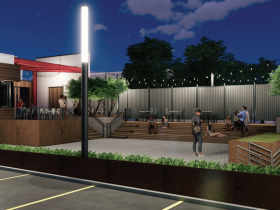 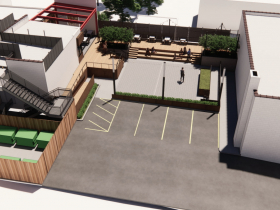 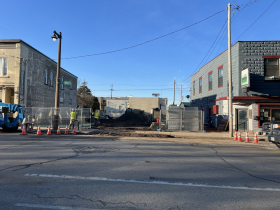 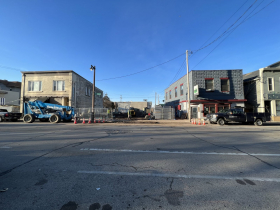 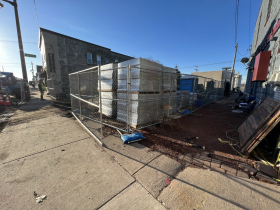 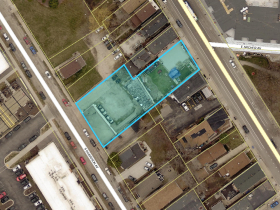 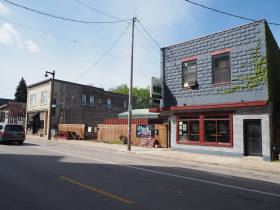 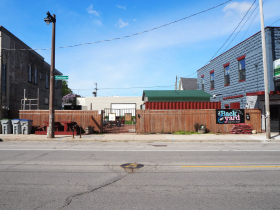 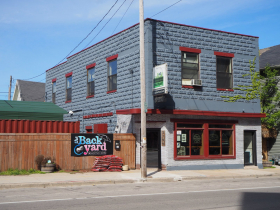 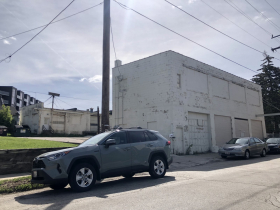 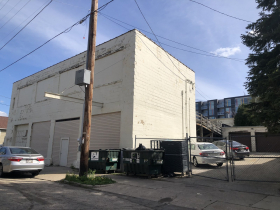