Taxes down 44% in 12 years, but outweighed by reduction in medical costs, report says

By Joe Schulz, Wisconsin Public Radio - Jan 16th, 2023 11:26 am
Get a daily rundown of the top stories on Urban Milwaukee 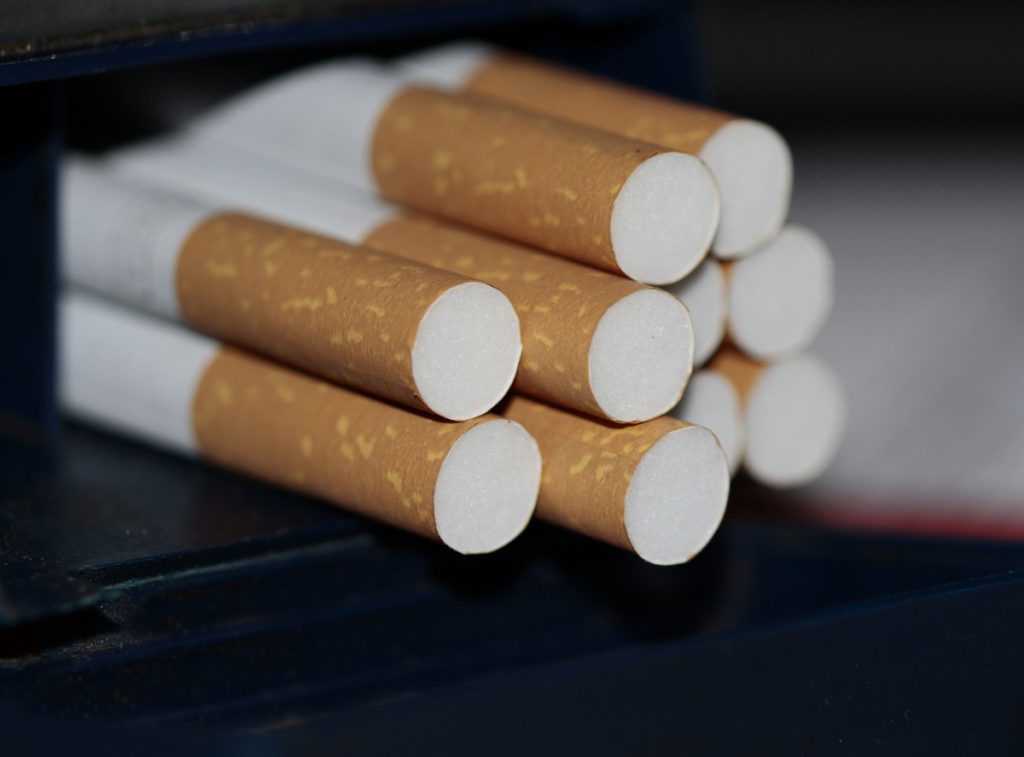 Over the last 20 years, Wisconsin has seen a major reduction in cigarette sales and a corresponding decline in their taxes. But the health benefits from fewer people smoking are expected to offset the lost revenue.

That’s according to a new study by Wisconsin Policy Forum that found the state’s cigarette sales last year were less than half of what they were in 2001. In 2022, 193 million packs of cigarettes were sold in Wisconsin, while 420 million were sold in 2001.

The study attributes the decline in smoking to state and federal taxes on cigarettes, as well as indoor smoking bans in public spaces.

As a result of fewer cigarette sales, Wisconsin has seen a 44.2 percent drop in tax revenue from those sales over the last 12 years, according to the study.

Despite the lost revenue, the decline in smoking is expected to be a net benefit to the state overall, resulting in better health for the state’s population and lower Medicaid costs, according to Ari Brown, a senior researcher with Wisconsin Policy Forum and author of the study.

Douglas Jorenby is the director of clinical services at the University of Wisconsin School of Medicine and Public Health’s Center for Tobacco Research and Intervention. He said the decline in cigarette smoking is a “tremendous public health gain.”

“A lot of the health effects that are known to be caused by smoking, whether you’re talking about cancer or cardiovascular risks, they’re very much dose dependent,” Jorenby said. “Above and beyond the people who quit smoking entirely — represented in that over 50 percent decrease — but even people who are smoking less on a daily basis, they are then reducing the risk of a lot of those negative health outcomes.”

The decline in cigarette smoking was significant among 18- to 24-year-olds, going from 23 percent of that age group being regular smokers to 7.4 percent, according to the report.

While less people are smoking traditional cigarettes, public health experts are concerned about the rise in vaping.

“It’s important to not only celebrate that trend, in the fact that less people are buying traditional cigarettes, but also understand that it’s just one piece, one part of the landscape,” said Morgan Finke, communications coordinator for Public Health Madison & Dane County.

Jorenby said the two primary demographics for vape users are generally people trying to quit smoking traditional cigarettes — even though the Food and Drug Administration doesn’t recognize vape products as an effective way to quit smoking — and young people.

“Several years ago, vaping actually surpassed cigarette smoking on a daily basis by a fairly significant amount (among young people),” he said. “Smoking dropped off quite a bit, but vaping increased. We’ve seen that in Wisconsin, and we’ve seen that nationwide.”

Although the negative health impacts of cigarettes are well known at this point, Jorenby and Finke said the health effects of vaping are still unclear because vaping is relatively new. It took decades before the effects of smoking were widely known to the public.

“There are all kinds of things that might happen down the road that we’re just not able to see at this point, with vaping only having been present in significant numbers in the U.S. within the last few years,” Jorenby said.

He suggested raising taxes on vape products as one way to address the issue.

“The effect of making things more expensive is really robust. That’s been known in economics for a long time,” Jorenby said. “Whether there’s a political will to raise taxes on that at any given time is a real question. And, for better or worse, we know that when something like that is done, it needs to be consistent.”

Other tools that could help reduce youth vaping include the raising of the age to buy nicotine products to 21 and efforts to limit flavors of vape products.

Finke added that it’s important to look at tobacco use and vaping as the same issue, rather than separate problems.