Former staffer for congressman and then Mayor Barrett ran city department for 18 years. 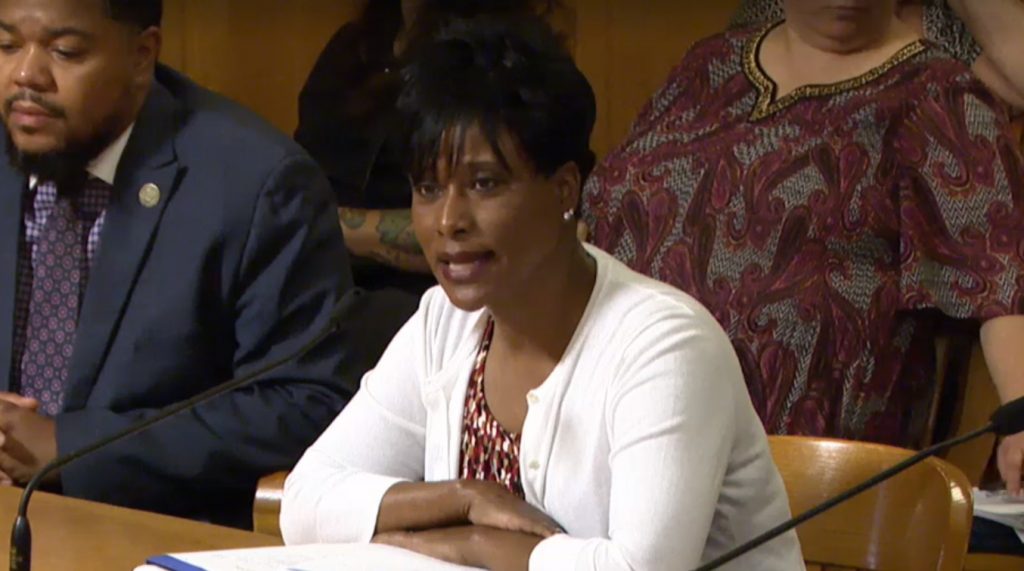 A familiar face at City Hall is saying goodbye after nearly 20 years on the job.

Department of Administration director Sharon Robinson is retiring. She has held the post since 2004, having taken the job following the election of Mayor Tom Barrett. Robinson, for nearly a decade, was chief of staff for Barrett when he was in the U.S. House of Representatives.

“It has been an honor and privilege to serve as the City’s Administration Director for so many years. Public service is my life calling. In this role, I gave it my all in striving to make a difference in the lives of residents and our community,” said Robinson in a statement. “One of the best things about serving as Administration Director is that I’ve had the opportunity to work with so many wonderful colleagues, community leaders and residents along the way. We should all be proud of what we achieved together.”

The Department of Administration is responsible for a number of key city functions including budgeting, purchasing, grants, intergovernmental relations and information technology. While many of those functions have their own mayoral-appointed, cabinet-level leader, Robinson was responsible for coordinating their efforts, establishing strategy and addressing a wide variety of ad-hoc issues that arose within city government.

“Director Robinson has contributed enormously to the operations of city government. Her leadership has been felt throughout City Hall and in every corner of the municipality,” said Mayor Cavalier Johnson in a statement. “In addition to the initiatives she has launched, we have asked a lot of her, and she has delivered on those requests. I thank her for all her good work.”

Johnson’s credits include stepping in to overhaul the then-troubled Milwaukee Election Commission in 2005 and, more recently, overseeing the city’s recently-submitted challenge to the 2020 U.S. Census. She’s also worked to implement a number of racial equity initiatives, including establishing the Office of Equity and Inclusion, and unified the city’s call center operation.

Get a daily rundown of the top stories on Urban Milwaukee
In between her time as Congressman Barrett’s chief of staff and Mayor Barrett’s administration director, Robinson worked from 2001 to 2004 as executive director of the William Davidson Institute. An initiative of the University of Michigan, Robinson’s resume says she worked closely with institute scholar and former U.S. Secretary of State Madeleine Albright.

The youthful-looking Robinson doesn’t look ready for retiring, but was a 1983 graduate of Michigan State University, and has had a nearly four-decade career. According to the mayor’s office, she is expected to formally retire in the coming weeks.