Wisconsin Second In U.S. For Number Of Organic Farms

By Hope Kirwan, Wisconsin Public Radio - Jan 5th, 2023 12:21 pm
Get a daily rundown of the top stories on Urban Milwaukee 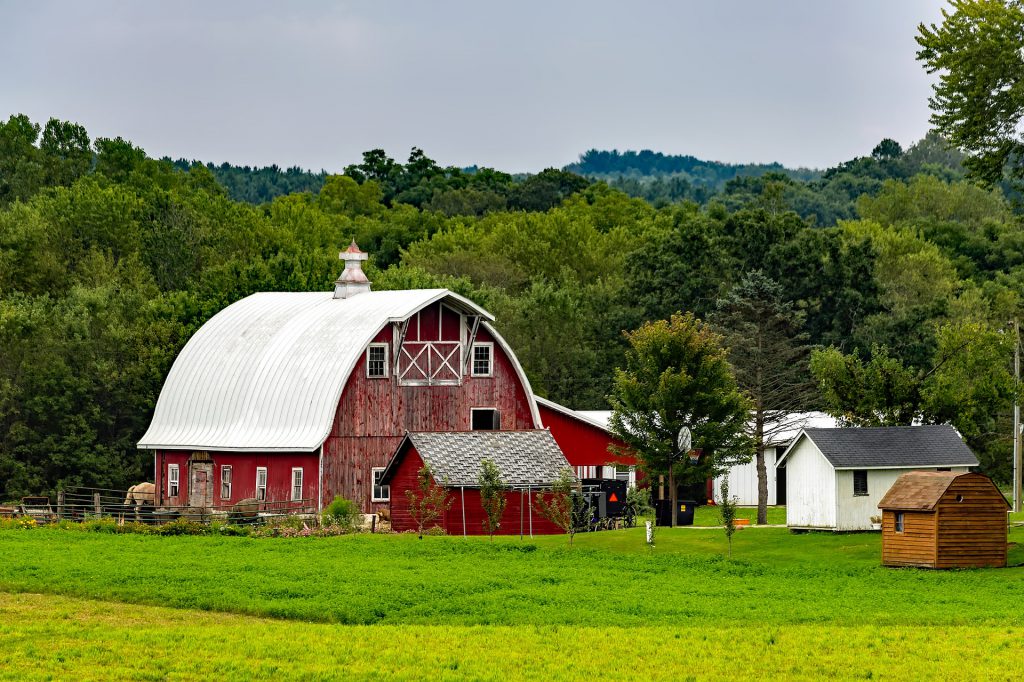 Wisconsin continues to be a leader in the organic farming industry. But new data shows access to land and the need for more infrastructure is taking a toll on some kinds of organic operations.

The U.S. Department of Agriculture conducted a survey of certified organic farms across the country in 2021. The survey showed that Wisconsin is still second in the nation for the total number of organic farms with 1,455, up about 6 percent from the same survey in 2019. California continues to lead the industry with 3,061 farms, while New York came in third at 1,407 farms.

The survey found U.S. farms sold $11.2 billion in certified organic commodities, a 13 percent increase from 2019. Wisconsin had the seventh-highest total sales at $313 million, but was significantly smaller than states like Washington and Pennsylvania, which each had over $1 billion in sales, and California, which made up 32 percent of total U.S. sales.

Erin Silva, associate professor of organic agriculture at the University of Wisconsin-Madison, said sales of organic foods have far outpaced the rest of the food sector, especially fruits and vegetables. She said recently this growth was helped by the COVID-19 pandemic.

“With more people eating at home and doing more home preparation of food, and also perhaps a greater emphasis on eating healthy to boost immune systems and try to create a more resilient state against the virus, we did see a larger growth in organic sales than we have in previous years,” she said.

Silva said supply chain disruptions also prompted more consumers to try to buy products locally, boosting support for Community Supported Agriculture, or CSAs. She said the industry is still waiting to see how these numbers will adjust now that many people have returned to eating at restaurants again.

Lori Stern is executive director of Marbleseed, an organization offering education and support for organic farms formerly known as the Midwest Organic and Sustainable Education Service. She said organic products have grown in popularity as more consumers raise questions and concerns about the conventional food industry.

“More and more consumers are really interested in connecting to where their food comes from, how it’s grown. There’s obviously huge concern about climate and climate change. So organic agriculture definitely holds the key in terms of being climate friendly, thinking about agriculture as a system and not applying chemicals” Stern said.

But not every sector of the organic industry in Wisconsin saw growth in 2022.

The number of farms selling milk in the state fell by 22 percent, going from 525 farms in 2019 to just 407 farms last year. That’s slightly higher than the 20 percent decline in total organic dairy farms in the U.S. during those years.

Silva said that as consumer demand for organic dairy has grown, small and medium-sized farms are feeling the pressure of consolidation just like the conventional dairy industry. But she said she thinks the industry can still be profitable for these producers.

“Organic farmers really have to focus on really good management to be able to realize the economic benefits that the organic market can bring,” she said. “I think it’s just been a lot harder and there has to be a lot of emphasis on good management to make a system work.”

Milk from cows still had the highest total value of organic sales in Wisconsin at $107 million in sales, representing about 7 percent of national production of organic milk.

Fewer farms in Wisconsin also reported raising beef cows and hogs, following national trends. Silva said these declines could come from high prices for livestock feed and the limited number of meat processors, which she described as a major bottleneck for the industry.

“Across the state it’s hard to find processing facilities and again we saw that really come to light during COVID when that demand was increasing. But that’s even more of an issue when we’re talking about selling that meat as organic, because there’s even fewer facilities that are certified organic,” she said.

Silva said investing in infrastructure like processing and storage facilities is key for the state’s organic industry to continue to grow.

Stern said another barrier for growth in Wisconsin and many other states is the high price of farmland. She said many of the farmers her organization sees entering the industry are young and often don’t come from a family with a history of farming, making it harder to buy or lease land.

“Even for producers who are looking to add acreage or scale up a little bit or increase their businesses, land is just always going to be something that they’re going to bump up against,” she said. “We’re just seeing everywhere land prices that are skyrocketing and how difficult that must be.”

The number of certified organic acres operated in Wisconsin declined by about 2 percent between 2019 and 2021. Nationally, the USDA survey found the number of operated acres fell by around 11 percent.

Despite these challenges, Stern said she’s optimistic the industry will see some help through new funding made available by the USDA, including the $300 million Organic Transition Initiative announced last summer and climate smart commodities projects.

Wisconsin remains leader in organic industry, but limits on infrastructure, land could be impacting growth was originally published by Wisconsin Public Radio.