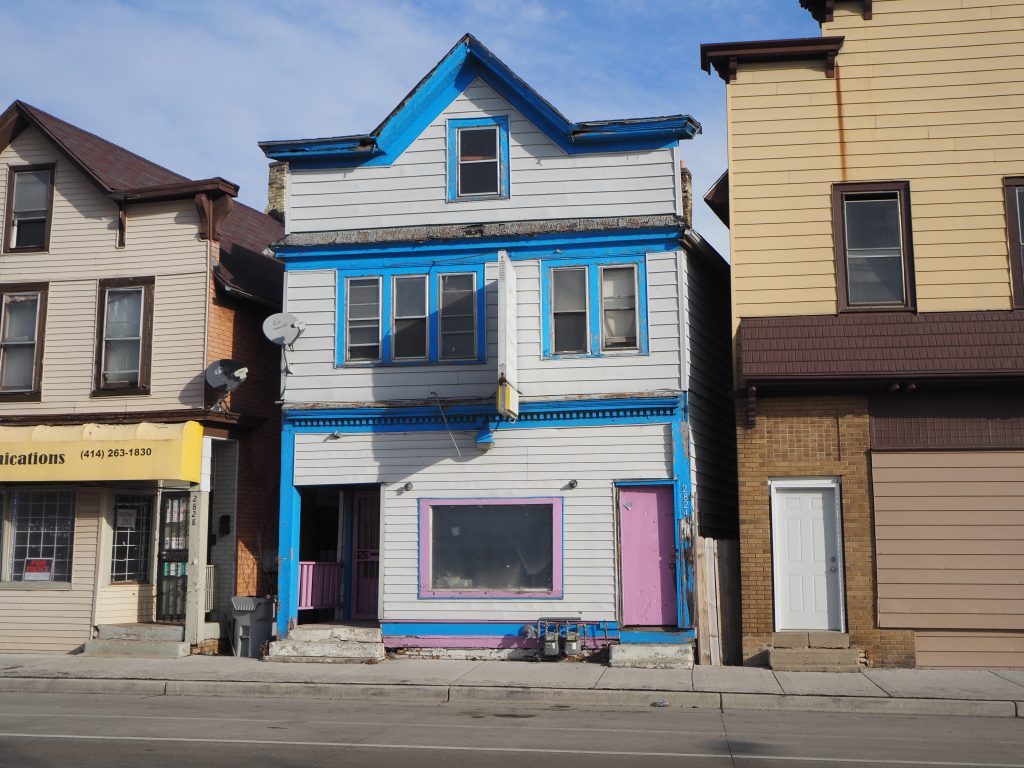 The City of Milwaukee is looking for a new owner to revive a 139-year-old building on N. Teutonia Ave.

City records indicate the upper floor has spent its entire life as an apartment while the lower floor has held a variety of predominantly food-related tenants. Located along a key northside corridor, the building has housed a fish market, several grocery stores, a sausage manufacturer, a gift and variety shop, a floral shop and a sports store.

The city acquired the property via property tax foreclosure in 2017 from longtime owner Larry Minor. It was during Minor’s two decades of ownership that the property housed Black Market Sports, presumably a store, but of which nothing can be found in online records or historical newspapers. An occupancy permit indicates it opened in 2005. By 2011 the sign was covered up.

The building’s brush with newspaper fame came in 1977 when Bishop Roy McCain was stabbed in a grocery store he owned and operated. McCain, according to a Milwaukee Journal article, had operated Teutonia Superette for three years before the incident in which a suspect was ultimately arrested, no money was stolen and the bishop survived. He reportedly acquired the store as a result of co-signing a loan for a parishioner. By 1980, Wright’s City Directory indicates McCain’s store was gone.

Get a daily rundown of the top stories on Urban Milwaukee
The 3,456-square-foot property includes a sizable backyard that abuts N. 14th St. There is no alley owing to the angled orientation of N. Teutonia Ave. A stable was once located along N. 14th St., but was replaced with a garage as horses gave way to automobiles. The garage, according to city permit records, was demolished in 1969, and the rear of the site is now a grass lot.

The building is located between W. Locust St. and W. Hadley St. Coffee Makes You Black is located across the street, which was completely rebuilt last year. A collection of other mixed-use buildings, in various states of repair, are located alongside the listed building.

Not quite what you’re looking for? Among several other properties, DCD is seeking a buyer for a former Schlitz tied-house tavern at N. 27th St. and W. Lisbon Ave.

Offers on both are being accepted on a rolling basis.

A copy of the Teutonia Avenue listing sheet is available on Urban Milwaukee. 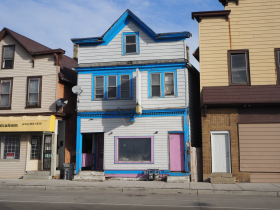 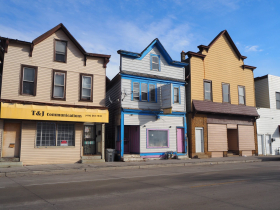 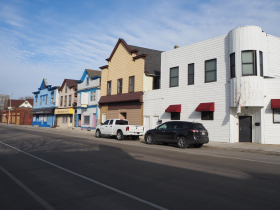