By Joe Schulz, Wisconsin Public Radio - Dec 23rd, 2022 11:16 am
Get a daily rundown of the top stories on Urban Milwaukee 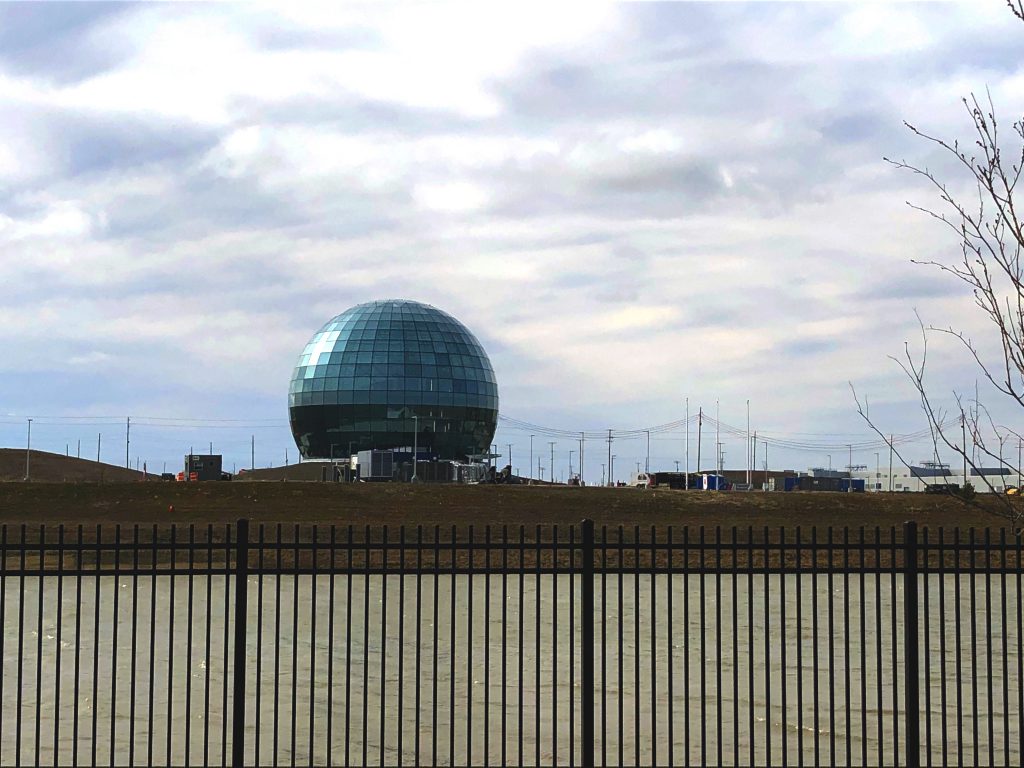 For the second time, Foxconn has qualified for state subsidies for its Mount Pleasant development, bringing the total amount it’s received from the state up to about $37.4 million.

Documents show Foxconn created 768 jobs in 2021 and made roughly $77.4 million in capital investments at its Mount Pleasant facility in Racine County.

The subsidies come after the state reworked its contract with Foxconn, scaling it back from the original pact signed in 2017 by former Gov. Scott Walker that would have given nearly $3 billion in credits to the company, which was promising to hire 13,000 employees. The current pact — reworked after Foxconn acknowledged it would not move forward on its original plans — offers up to $80 million for 1,454 jobs created by 2024.

State officials have framed the new contract as protecting Wisconsin taxpayers. But critics say the old contract wouldn’t have given the company any subsidies because the company didn’t follow through on its initial goals, and are concerned the company could leave Mount Pleasant after its contract with the state ends.

Foxconn’s initial plans to invest $10 billion on a large flat-screen manufacturing plant in Mount Pleasant never came to fruition. A company spokesperson said Foxconn is making servers there, while a report filed with the state says the company “manufactures data infrastructure hardware.”

In a statement, the company said it has invested more than $1 billion in Wisconsin since 2018.

“With hundreds of employees verified by economic development officials based on 2020 and 2021 reporting periods, the company now has over 1,000 employees working in Wisconsin,” the statement read. “As one of the largest economic development projects on record with the state, this marks the first time Foxconn in Wisconsin has received a performance-based tax credit from WEDC. The company thanks Gov. Tony Evers and his team for their partnership as we continue to invest in Wisconsin.”

State Rep. Gordon Hintz, D-Oshkosh, who did not seek reelection in November, said it’s clear Foxconn’s initial plans to invest $10 billion in Wisconsin were never going to happen, and that the new contract “right sizes” expectations.

“The biggest question for all stakeholders — at the local level and at the state level — is what does success look like now? What does a viable project look like now that expectations have been lowered? It’s unclear what kind of projects are going to take place there,” he said.

Hintz said those questions are especially important to taxpayers in the village of Mount Pleasant, which went “all-in” under the assumption that the initial large-scale project was going to happen.

According to A Better Mount Pleasant, a watchdog group that tracks local spending on the Foxconn project, the village, Racine County and the state have spent $200 million on land purchases, $185 million for water and sewer, $140 million for electric and power storage and $225 million for roads.

Kelly Gallaher, a spokesperson for A Better Mount Pleasant, said calling the project a disappointment is an understatement.

“What we’re left with is a shadow of what it was that we were promised,” she said. “Their (the company’s) statements are nonsensical and nobody believes them. They’re basically word soup sentences of technical jargon that mean nothing.”

Gallaher said Mount Pleasant’s investment in Foxconn has left the municipality with debt larger than its entire operating budget.

“Our village officials are sitting around, hoping that Foxconn pays the special assessment at the beginning of 2024,” she said. “That is not a coherent economic development plan. Hoping someone will save us is a massive failure by our local officials who have yet to take accountability for the failure that they’ve created.”

Hintz said the updated contract between the state and the company is “only in place if Foxconn maintains their agreement with the local governments.”

In a statement, the village of Mount Pleasant said the company has met every financial obligation under the local contract and that it fully expects it will continue to do so.

“All public infrastructure improvements related to the Foxconn project, as well as land acquisition, have been funded by Foxconn’s up-front payment ($60 million) or borrowing that is being fully paid by the property tax and special assessment payments being made by Foxconn,” the statement read. “If Foxconn were to default on its financial obligations at some point in the future, the Village would seek compensation to the fullest legal extent, including taking possession of land and assets currently owned by Foxconn, assessed at more than $520 million.”

Even so, Gallaher is still concerned that the company could leave Mount Pleasant as soon as it finishes receiving state tax credits — which would leave the municipality “holding the bag.”

“What incentive is there to keep paying us after they’ve maxed out the incentives that they can get from the state? I think it’ll take a couple years, but beyond that, I think the whole thing will completely collapse,” she said.

Michael Farren, a researcher at George Mason University who has studied Foxconn, said government subsidies luring businesses to relocate are counterproductive and almost always result in a “race to the bottom.”

When accounting for the cost of additional taxes to fund subsidies, along with the reduced government services elsewhere to provide subsidies, Farren said projects that are presented as “a no-brainer” are often more like flipping a coin.

In the case of Foxconn, he said it’s the largest “blow up” of a subsidy deal in recent memory. And he doesn’t think the renegotiated deal improves the situation.

“The Foxconn deal that the Evers administration and Wisconsin Economic Development Corp. renegotiated with Foxconn is, in my professional judgment, the worst example — that I’ve seen so far in economic development subsidies — of throwing good money after bad,” Farren said. “The assertion by state policymakers that this protects Wisconsin taxpayers is unfortunately completely flat out wrong.”

Under the initial contract, he said the state wouldn’t have been on the hook for any subsidies because Foxconn was not fulfilling its side of the deal.

But the new deal lowers the threshold for Foxconn to receive tax credits, he said, noting the company only needs to create 80 percent of its targeted 1,454 jobs to qualify.

“To the extent that state policymakers think that the state will be able to recoup its costs of $80 million, that really relies on Foxconn continuing its operations and meeting its employment targets after subsidies end in 2025,” he said. “We will have to see over the next seven years or so, if the state’s projections are accurate or if Foxconn ends up leaving town as soon as the stream of subsidies is over.”

Foxconn qualifies for second round of state subsidies for scaled-down Mount Pleasant project was originally published by Wisconsin Public Radio.