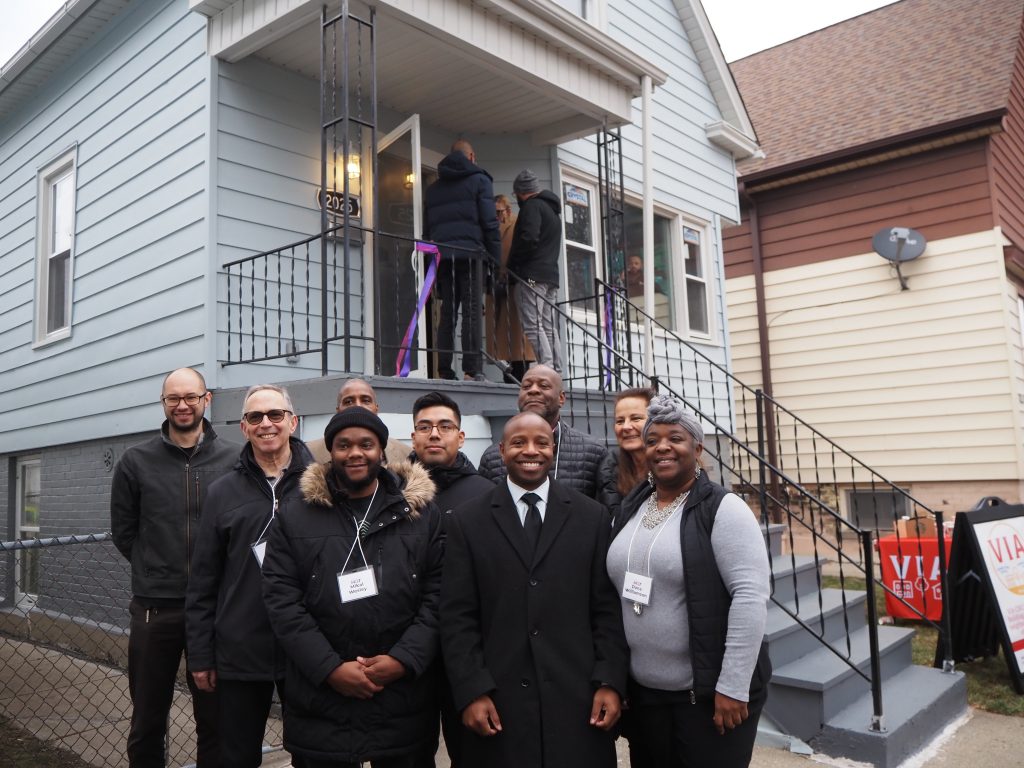 Mayor Cavalier Johnson poses with the board of the Milwaukee Community Land Trust outside the nonprofit’s first home, 2025 S. 25th St. Photo by Jeramey Jannene.

“We want to have 50 homes in the land trust by 2025,” said executive director Lamont Davis in a press conference outside the first house, 2025 S. 25th St. The group already has public grant funding for 24 more. It still needs to raise additional private funding to complete each of the houses.

The model is intended to provide quality housing to low-income families at an affordable rate that allows for wealth accumulation. VIA CDC, through its award-winning Turnkey Renovation program, is partnering with MCLT on the first five homes.

“VIA’s mission is to be a partner in building strong, healthy neighborhoods where all of us can thrive,” said VIA CDC executive director JoAnna Bautch. “This home is a product of those values.” The three-bedroom, three-bathroom house in the Muskego Way neighborhood was completely renovated with a new roof, appliances, windows and fixtures.

The land trust model works by splitting the ownership of the house and the underlying land. A house is to be sold at a below-market rate to a low-income family, with the community land trust maintaining ownership of the land and leasing it to the homeowner. A public or private subsidy is used to fill the gap to acquire and renovate the home, with the purchasing family agreeing that any future sale would take place at a reduced price.

Get a daily rundown of the top stories on Urban Milwaukee
Upon a future sale, the seller would be allowed to realize a 1.25% per year appreciation plus the portion of the mortgage equity they have paid down.

In a provided example from April, the MCLT would buy and rehabilitate a house for $110,000 and sell it to a family for $80,000. The structure would create a $650 per month payment, suitable for a minimum annual income of $27,900. Assuming the family decides to sell after five years and could yield a market price of $127,500, they would instead be paid $13,400. Of that, $5,000 would come from the 1.25% appreciation formula and $8,400 of which would represent the amount they paid down on their mortgage. The MCLT would then find the next owner-occupant at a below-market price of $85,000, recycling the subsidy.

The first house ended up being more expensive than the hypothetical example. The total development cost was $227,012, which includes $72,483 to purchase the property and $144,673 to renovate it. It still intends to sell the 1,752-square-foot house to an owner-occupant for $80,000, which means a combination of city and Greater Milwaukee Foundation grant funds will be used to provide a $115,600 subsidy and VIA and the MCLT will absorb a $110,512 cost (less the sale price).

“This is a new model to Milwaukee, but it’s not new to the United States,” said Davis, citing the success of more than 200 other trusts.

Unlike most other affordable housing strategies, the land trust model is intended provide for ownership and equity creation, but also maintain a helping hand. “We are invested in homeowner success so we provide ongoing resources, education and counsel throughout the homeownership experience for our buyers,” said Davis.

Interested in buying the house or others? Applicants must first attend an orientation session, have a household income of less than 80% of the federally-defined area median income ($60,400 for a family of two), be able to secure a conventional, 30-year mortgage on the property and submit supporting documentation. Individuals interested in the process can visit the MCLT website.

Those looking to support the land trust can join for $1 per year.

The City of Milwaukee, through the use of federal American Rescue Plan Act (ARPA) funds, is now heavily invested in the success of the program.

In April, the Common Council approved a $200,000 allocation from a Department of City Development (DCD) affordable housing fund to back MCLT’s work with VIA on five houses. In September, DCD awarded MCLT and development partner One 5 Olive up to $75,000 per home to renovate 20 city-owned homes as part of a larger $15 million Homes MKE allocation designed to renovate 150 vacant, tax-foreclosed homes.

Things are going well so far, according to Mayor Cavalier Johnson and Alderwoman JoCasta Zamarripa.

“This is just the tip of the iceberg,” said the mayor in support of the proposal.

“This is a pivotal moment,” said Zamarripa, who represents the area.

Johnson said the program will build stability for families, which will create a host of downstream improvements including less crime, improved school performance and wealth creation. It’s also genuinely affordable.

“This house will go for less than what I paid for my starter home six years ago,” said Johnson, who recently upgraded.

The next MCLT four houses will be located in the Lindsay Heights neighborhood. In addition to the planned houses, the organization could partner with the Milwaukee Christian Center, representatives of which were in attendance Thursday. 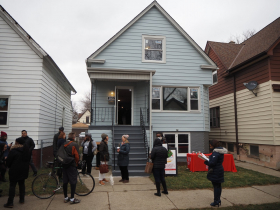 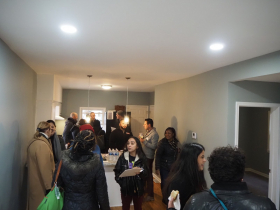 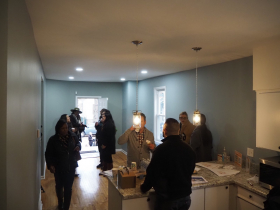 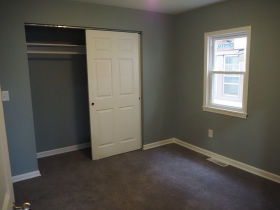 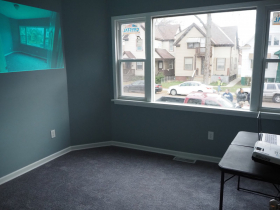 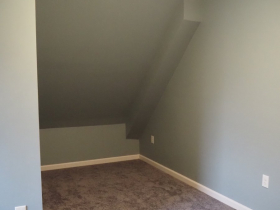 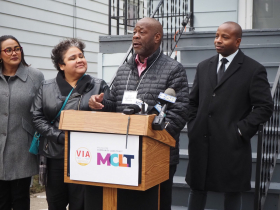 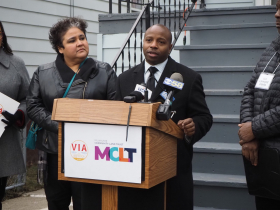 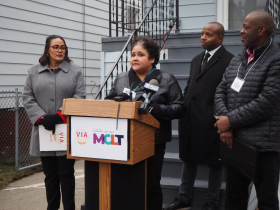 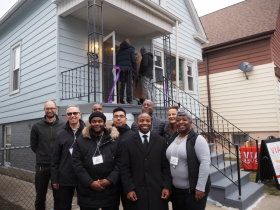