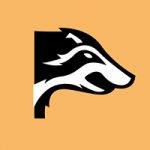 By Henry Redman, Wisconsin Examiner - Dec 6th, 2022 04:59 pm
Get a daily rundown of the top stories on Urban Milwaukee

Wildlife conservationists in Wisconsin are frustrated after their efforts at influencing state rules guiding the treatment of bears and wolves were unceremoniously shut down by the Department of Natural Resources’ (DNR) advisory committees on the animals.

Both committees are part of the Wisconsin Conservation Congress, a statewide body in which local delegates are elected in order to weigh in on DNR policy decisions. While the congress’ decisions are only advisory and the agency doesn’t need to follow through on any recommendations, it remains a powerful way for citizens to shape the state’s wildlife rules.

In two meetings over the last week, members of both committees immediately and resoundingly voted down each proposal conservation groups made. The conservationists also alleged that during the public comment periods of both meetings, committee members regularly cut short, interrupted or hardly listened to the comments while accusing the conservationists of being “emotional.”

Several speakers insisted that their comments were fact-based and focused on the science of wildlife conservation in the state.

“No science on their part,” Cynthia Samels, a longtime wolf activist, tells the Wisconsin Examiner. “They accuse us of being emotional but all their reasons for rejecting our testimony are their emotions around hunting — that they can do what they want to and it’s always been this way.”

The dust-up in the advisory committees is another episode in a long-running dispute between activists and hunters in northern Wisconsin. The common practice of using hounds to hunt both wolves and bears is incredibly controversial, yet the advisory committees, Republicans in the state Legislature and the powerful lobbying group, the Wisconsin Bear Hunters Association, have protected the method’s legality.

In the meetings, conservationists proposed shortening the two-month training season for hunting dogs; requiring bait to be registered with the DNR; banning the use of chocolate, which can be toxic to animals, as bait and accepting the agency’s proposed wolf management plan, which does not set a statewide population goal for the animal. The committees resoundingly voted down each of these proposals and several others.

“The unique democratic process seems to be a big camouflage for ‘we do what we want,’” Samels says. “Every single resolution was squashed down.”

The wolf committee’s chair, Jeff Wilson, pushed back in the meeting against the pro-hunting voices and their attempt to stop the conservationists from being heard.

“Personally speaking, I hunted coon all my boyhound, I owned bear hounds, I was part of the Wisconsin Bear Hunters Association, I’ve hunted bobcats with hounds,” Wilson said. “I’m all for hound hunting, but yet I think we didn’t do a very good job of letting the citizens, and that is our job, letting the citizens have a vote. I think that’s what they do in Russia, they don’t let people vote.”

Brian Giles, a Marshfield resident who ran unsuccessfully as a Democrat for the state Assembly in 2020, and who spoke during the public comment periods of the meetings for the first time, says it was surprising to see the supposedly democratic process of influencing state policy in action.

“The whole thing was pretty eye opening,” Giles says, pointing to one of the committee members, Patrick Quaintance, who has previously been cited by the DNR for violating state trapping rules.

“The people deciding on these resolutions have such a huge conflict of interest, the WCC is basically — to put it quite honestly, is controlled by the Wisconsin Bear Hunting Association right now.”

Each spring, the conservation congress sends a questionnaire to people across the state. In 2022, 28,000 people responded to the survey, giving their thoughts on the direction state wildlife policy should move.

Conservation groups have attempted to circumvent the committees’ control over what goes in the survey through a process committee members have derided as “shotgun” resolutions. The congress’ rules committee is set to meet Dec. 8 and take up the question of changing conservationists’ ability to force measures onto the questionnaire.