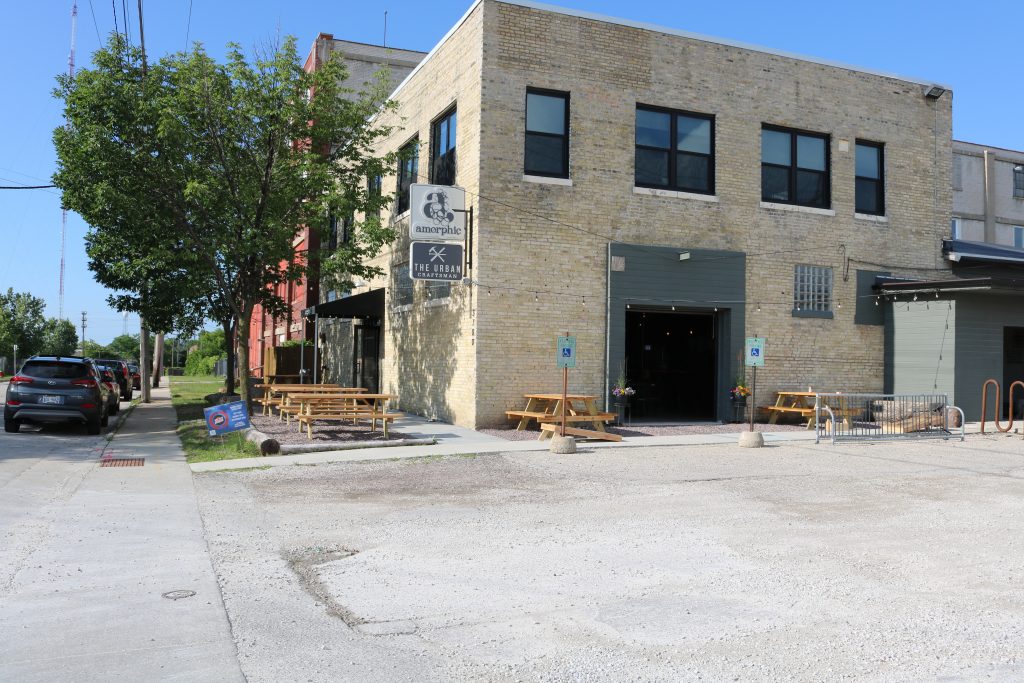 Throughout its nearly 12 months in business, Amorphic Beer has delivered imaginative, experimental brews with options to fit every taste. Its first anniversary celebration will be no different.

On Saturday, Dec. 10, the Riverwest brewery, 3700 N. Fratney St., will host guests for an afternoon of beer releases, live music and tacos.

Don Pastor Food Truck, winner of the 2022 Taco Fest’s “best tacos in Milwaukee,” will be in attendance from 3 p.m. until 8 p.m., serving up an assortment of tacos, tortas, quesadillas, burritos and elotes. The food truck, a frequent presence in Riverwest, offers al pastor, asada, barbacoa and chicken, as well as water, coke products, jarritos, lemonade and horchata for kids and non-drinkers.

Attendees are also welcome to carry in outside food.

The musical lineup will be just as diverse as Amorphic’s beer selection, with various acts scheduled to perform in the brewery’s back room between 4 p.m. and 8:15 p.m. DJ MD will kick things off, spinning modern mashups to warm up the crowd. Pay the Devil, a self-described acoustic riotgrass group, will take over from there, playing its final show of 2022. Next up is Wave Chapelle, an indie hip hop artist, followed by 90s alternative/folk rock band Soulfoot Mombits. Cozy Danger will round out the evening’s entertainment. 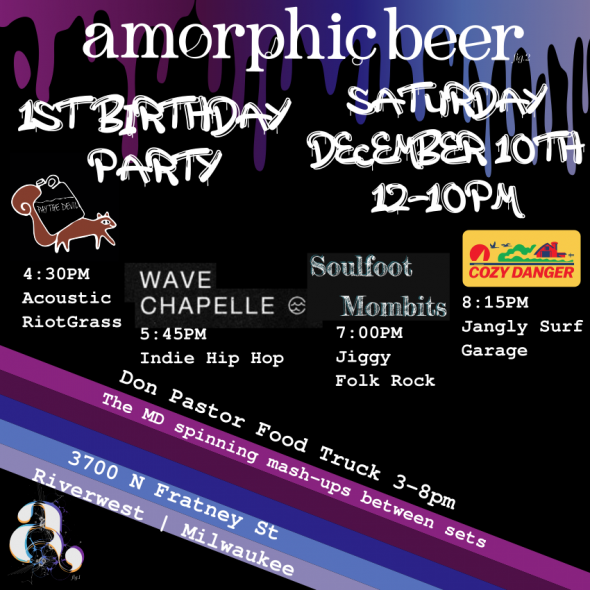 Throughout the event, the Five-Three-Brew-One-Two shuttle will be running as usual from 2 p.m. to 7 p.m. on a 35-minute, continuous loop. The shuttle makes stops at five Riverwest breweries, including Lakefront Brewery, Gathering Place Brewing Company, Amorphic Beer, Black Husky Brewing and Company Brewing.

Amorphic opened Dec. 9, 2021 under the ownership of Ron Hockersmith, a retired engineer and long-time home brewer with a thirst for anything-but-ordinary beer. As the newest member of the Riverwest Brewing Syndicate, Amorphic has become known for its unique and experimental brews.