Hospitals, Clinics Across State At Capacity

Facing highest number in years of patients with influenza and Respiratory Syncytial Virus.

By Jenny Peek, Wisconsin Public Radio - Dec 4th, 2022 10:23 am
Get a daily rundown of the top stories on Urban Milwaukee 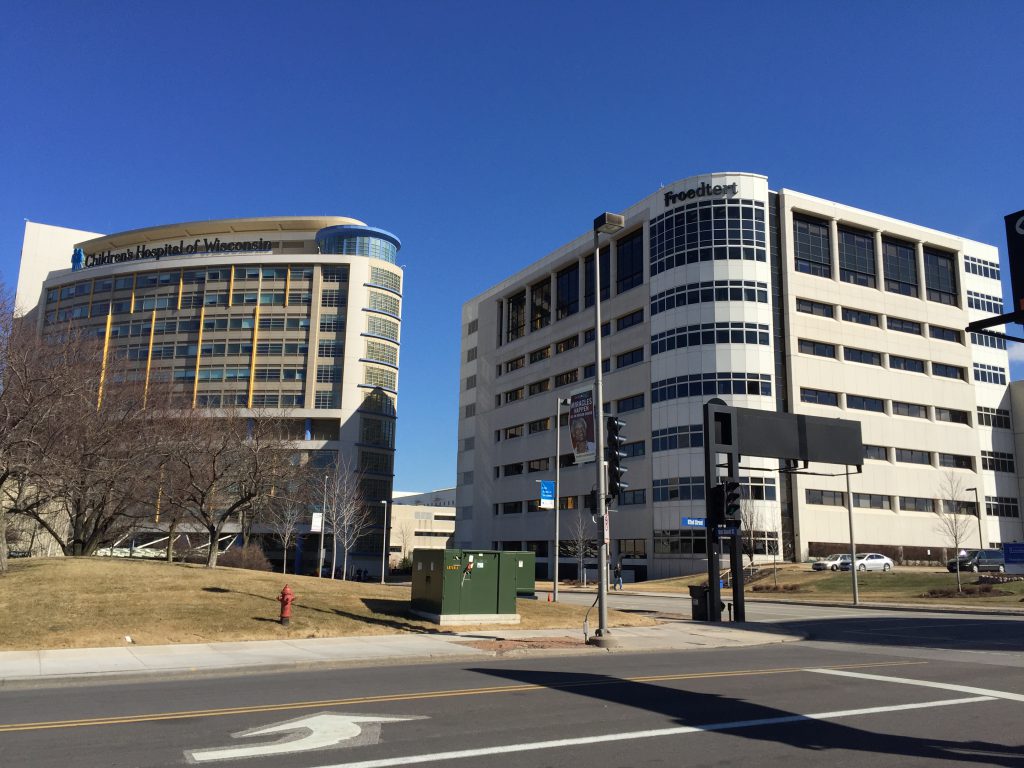 Hospital and health care officials in Wisconsin expected to see a swell in respiratory illnesses after the Thanksgiving holiday. But a recent explosion of influenza cases have taken many by surprise.

Dr. Jeff Pothof is UW Health’s chief quality officer and an emergency medicine physician. He said it’s not unusual for influenza to show up around Thanksgiving, but cases this year have come on “really strong.”

“We had premonition that the influenza season was going to be bad this year. We had looked at what happened in Australia, which is typically a marker — they’re the canary in the coal mine for us in the United States … (and) they had a pretty bad year,” he said. “But the speed by which it hit us here in Wisconsin, I think was a bit surprising to a lot of us in health care.”

Pothof said in the last week of October, UW Health diagnosed a little more than 100 cases of influenza. By mid-November, that number rose to the 200s. As of last week, UW Health counted more than 400 cases of the flu.

To put those numbers in context, the worst flu season Wisconsin has seen in the last five years was the 2019-20 season. That influenza season peaked in February, Pothof said, at 300 cases for UW Health.

“So to be sitting at 400 cases, you know, the first week in December, that’s not great. That means we’re going to have a pretty robust influenza season, at least for the next several weeks here in Wisconsin,” he said.

Aspirus, Inc. is seeing a similar pattern in the central part of the state.

In a statement Thursday, the health care system — with 13 hospitals and 75 clinics across Wisconsin — said 70 percent of patients seeking care at walk-in clinics were experiencing respiratory symptoms.

“As we look at the surge that’s coming, our ability to care for everybody with the appropriate level of care is really tricky right now,” he said.

Part of the issue is having multiple respiratory illnesses circulating all at once. Respiratory Syncytial Virus, or RSV, is the worst it has been in years. And while cases seem to have peaked, they have yet to noticeably decrease. Influenza continues to escalate, while COVID-19 remains present in the background.

Fewer people have gotten a flu vaccine this year than in prior years, and numbers for the most recent COVID-19 boosters are also down, according to data from the state Department of Health Services. That’s leading to more severe cases when people get sick. And while a vaccine for RSV is in the works, it has yet to be approved.

Children’s Wisconsin in Milwaukee is the largest pediatric intensive care unit in the state. In a Nov. 29 pediatric respiratory update, the hospital system reported seeing an average of 307 children in their emergency department and 352 children in their urgent care clinics per day between Nov. 22-28. Last year at the same time, those numbers were around 170 each.

“Families who need to seek care should expect longer than normal wait times, as the number of families coming to our Emergency Department and urgent care locations continues to be high,” Dr. Rainer Gedeit, acting chief medical officer at Children’s Wisconsin, said in the update.

Pothof said this gets particularly problematic when respiratory patients are taking beds from acute emergencies.

“It spills over. It’s not just managing the people with influenza or RSV, or if we see an increase in COVID …  it starts to make it more difficult to manage those other urgent conditions, heart attack strokes and things like that,” he said.

In order to minimize the burden on Wisconsin’s hospitals, health officials are urging people to continue taking steps to reduce the spread of influenza, RSV and COVID-19. They recommend getting vaccinated, staying home when sick and staying on top of hand-washing.

“It appears that we’re going to be in for a very tricky season this winter as we go through influenza, which we haven’t seen for the last couple years. So be very cognizant of that,” Aprius’ Wicklander said. “And again, if you’re not feeling well, please isolate.”