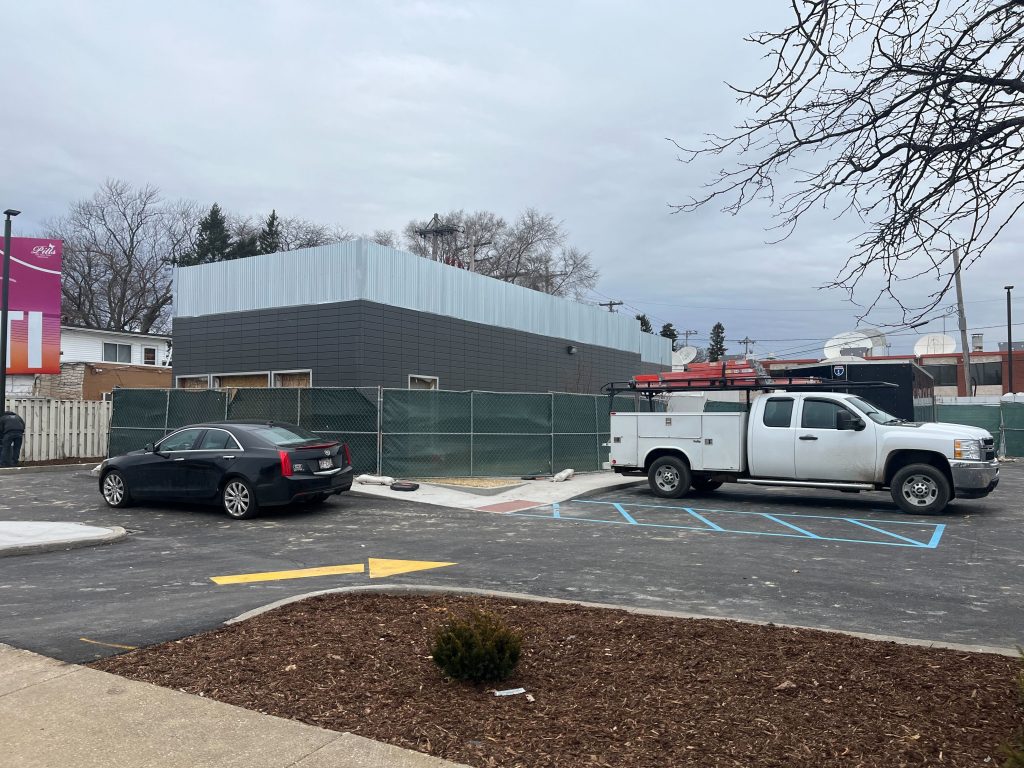 The franchise group behind all of Milwaukee’s 14 Domino’s Pizza locations is planning a brand new outlet at a busy intersection.

Baretz and partner John Theisen co-founded Brew City Pizza in 1995. Since then, the two have acquired all of Milwaukee’s Domino’s, as well as several suburban locations and others throughout the Midwest.

The new location is being constructed on a lot near the corner of W. Capitol Dr. and 35th Street. A long-vacant, 1,044-square-foot building on the property formerly operated as an auto loans business.

The building is now unrecognizable, having undergone extensive remodeling. The new, grey exterior of the structure is nearly complete, though there is no visible signage yet. The building sits on an approximately 15,600-square-foot lot, which Baretz and Thiesen purchased in 2021.

The carryout and delivery restaurant is expected to open Jan. 1. Following its launch, Domino’s would be open daily from 10 a.m. until midnight.

The popular pizza chain opened its first location in Michigan in 1960. Since then, the chain has grown to more than 19,500 stores, according to the company website.

Get a daily rundown of the top stories on Urban Milwaukee
Domino’s was the top pizza restaurant in the world in 2021 in terms of revenue, beating out its long-time rival, Pizza Hut.

In the more than 60 years since its creation, Domino’s menu has expanded from its founding pizza recipe to include hand-tossed, handmade pan, crunchy thin crust, gluten-free and Brooklyn-style pies. The restaurant now features 12 specialty pizzas. Beyond that, the menu has also expanded to include chicken wings, sandwiches, pasta dishes, breadsticks, baked cheese dip, salads and desserts.

This isn’t the first time the property has housed a restaurant. An earlier structure was home to a Ham N’ Egger restaurant serving pancakes and hamburgers.