Prehn has refused to step down from DNR board. 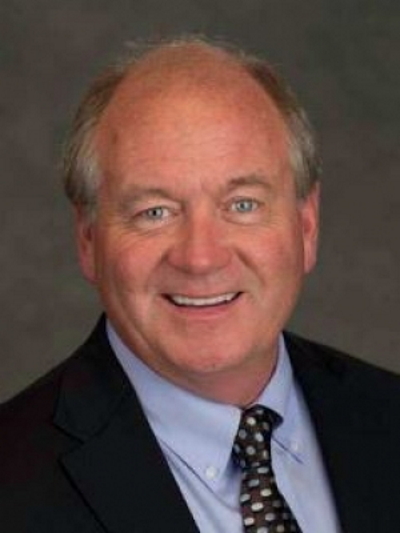 More than a year and a half after the expiration of his term, Dr. Frederick Prehn continues to occupy a seat on the Natural Resources Board, which sets policy for the state Department of Natural Resources. His refusal to step down has allowed him to cast the deciding vote in key decisions related to wildlife management, PFAS water quality standards, and land acquisition, with other important issues on the horizon.

On Nov. 16, my organization, Midwest Environmental Advocates (MEA), asked a Dane County Circuit Court judge to rule that Prehn violated Wisconsin’s open records law when he failed to turn over dozens of text messages related to his refusal to step down. Those text messages recently came to light because of our ongoing lawsuit against him.

The open records law is a critical tool for holding the government accountable to the people it purports to represent. Under the law, Prehn should have turned over the text messages in question more than a year ago, in response to MEA’s records request.

Instead, he has relied on the three Ds — denial, delay and deflection — to avoid complying with the law. These tactics have led to unnecessary and costly litigation and deprived Wisconsinites of their right to information about the actions and inactions of public officials.

In response to our June 2021 records request, Prehn denied that he possessed any relevant text messages. When a separate records request sent to another public official turned up a text he had sent about his tenure on the board, MEA filed a lawsuit to compel full disclosure.

Prehn asked the court to dismiss the case, arguing that he was not a government authority and that communications related to his decision to remain on the board were not subject to the records law.

When those arguments were rejected by the court and our lawsuit was allowed to proceed, MEA negotiated an agreement to give third-party forensic investigators access to Prehn’s cell phone and set a timeline for complying with MEA’s records request. But Prehn’s side failed to comply by the agreed-upon deadline.

Although Prehn has still not fully complied with our request, we received dozens of text messages that were previously withheld. They contradict his claims that his decision to stay on was not politically motivated.

Six months before his term ended, Prehn exchanged text messages with former Gov. Scott Walker in which Walker told Prehn to remain on the board. In another text, Prehn told a lobbyist he would “see if I can hang on till Becky gets in,” an apparent reference to holding his seat until former Lt. Gov. Rebecca Kleefisch was elected governor. She lost in the Republican primary.

Prehn has questioned MEA’s motivation for requesting these records. Our interest lies in ensuring government transparency in environmental decision making, but our reason for requesting the records is beside the point. Under the open records law, a requester’s reasons, real or perceived, for wanting records has no bearing on an official’s duty to provide them.

A decision in this case is expected soon. Let’s hope the court takes this opportunity to send a strong message that officials who violate the open records law will be held accountable.

Your Right to Know is a monthly column distributed by the Wisconsin Freedom of Information Council (wisfoic.org), a group dedicated to open government. Adam Voskuil is a staff attorney at Midwest Environmental Advocates, a public interest law firm.

2 thoughts on “Your Right to Know: Group Sues As Prehn Won’t Comply With Records Request”