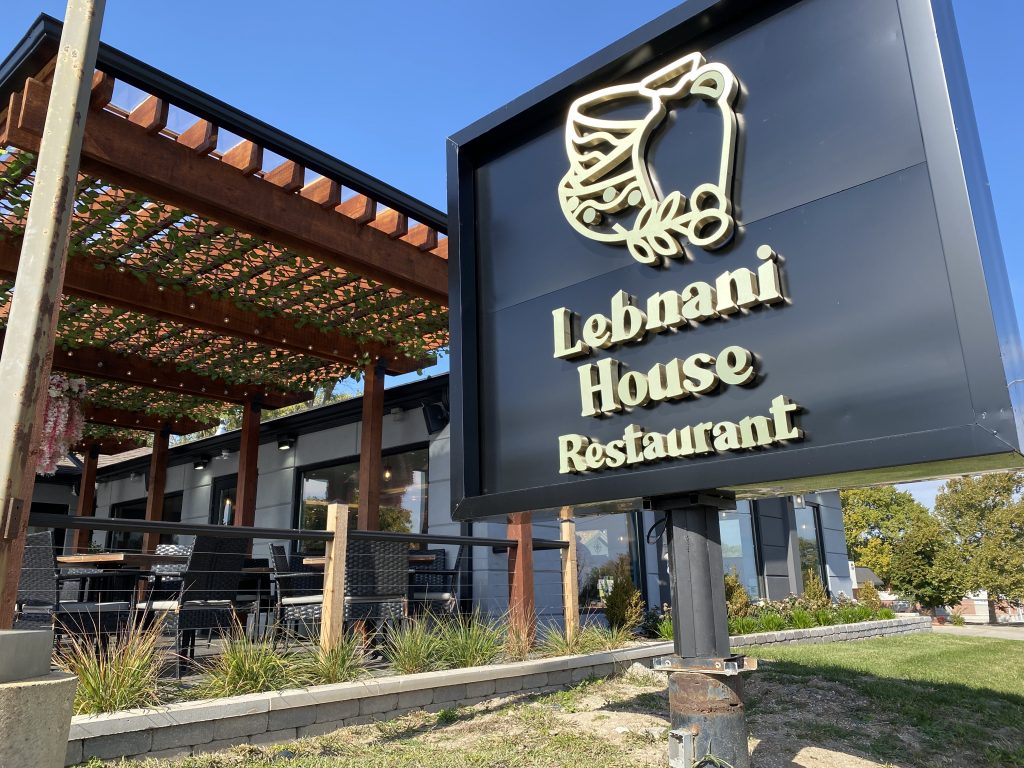 A visit to Lebnani House is like receiving an unexpected gift from a favorite uncle, the gift that leaves you speechless with delight. This is what happened when I came for a meal at this new restaurant (it opened in the summer) just south of Layton Avenue on South 27th Street. The good vibes started when my companion and I noticed the spectacular piece of abstract art on the wall just inside the front door. We later learned from our server Liz, that all the art in the restaurant was imported from Jordan.

If this art was a harbinger of good things to come, Lebnani exceeded those expectations. Inside, we found a light-filled room, a beautiful space with large windows on three sides. Everything sparkled. Cushy chairs in muted colors, a pink tree in the center of the room, and more art, set a welcoming stage for a meal that left us searching for appropriate vocabulary to do it justice.

When I spoke with owner Naser Fattah, I learned he is the person behind the elegant design and eye-catching décor in this former Pizza Hut. When I mentioned the windows and the light streaming in, he replied, “I love brightness.” He said many of the recipes for Lebnani came from Jordan where his partner Admed Hanafieh owned restaurants, but, you will also see dishes from Palestine, Lebanon, Syria, and Israel.

This fusion of cultures became clear when we studied the menu, several pages enhanced by enticing photos of beautiful food that did not exaggerate.

For example, the Falafel, five little spheres of delish exactly mirrored the photo in the menu. A thick crust held a mix of finely ground chickpeas and spices, a complex blend of flavors that popped when I dipped each bite in the lemony tahini sauce. Another appetizer, Muttabal turned out to be an old friend, baba ghanouj, grilled eggplant mashed with tahini and garlic and topped with a puddle of olive oil and a handful of pomegranate seeds. It had a rich smoky flavor from the grill which was accentuated by the crunch and the sweet tart flavor of the seeds. This was a generous serving, definitely a shareable. It came with warm house made pita, an ideal dipper.

Another shareable, Batata Harra was impossibly crisp bites of deep-fried potato seasoned with coriander. Someone in the kitchen used impressive knife skills to cut the tiny bites that we devoured like popcorn.

The Batata Harra was served in a traditional clay pot as was the Makanek Fukharra, a creamy dish made with grain and mushrooms. At first glance, it resembled Cream of Wheat. That notion was quickly dispelled after one bite. We found it delicious especially when tucked inside a piece of warm pita. According to our server, all the traditional clay pots used in the restaurant were imported from Jordan.

Another entrée not often found on local menus was the Chicken Livers. These livers were especially tender, because they were sauteed in butter with garlic, and lemon. A tart hint of pomegranate molasses finished the dish, and so did we.

To add meat to our feast, we dug into the Mixed Grill, a platter of charcoal grilled Shish Tawooq, a skewer of marinated chicken, Shish Kabob, a skewer of grilled steak, and Kafta, grilled lamb and veal. A container of creamy garlic sauce accompanied the meats, delicious, but almost superfluous, as the meat was seasoned perfectly. Every bite was moist and tender with flavors that pointed to the Mediterranean, not Milwaukee.

Here’s another touch of class, the amuse bouche that greeted us as we settled into those cushy chairs. It was a shot glass filled with a small sample of the daily soup, cucumber. It was very green and tasted of the earth, grassy and complex. Our Mint Lemonade was also very green, a sweet-tart blend and an ideal complement to our meal.

I’ve barely scratched the surface of the lengthy menu at Lebnani House. My companion and I were soon planning a return visit to this exceptional new restaurant. 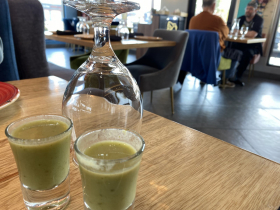 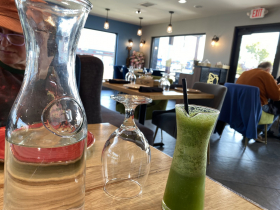 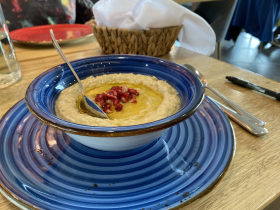 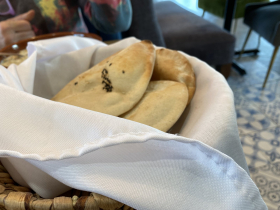 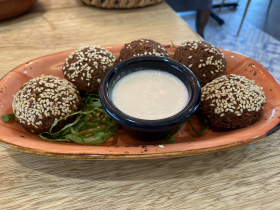 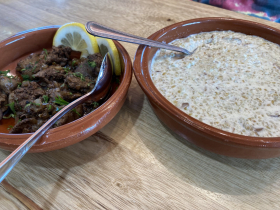 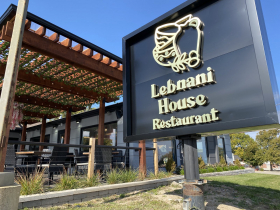 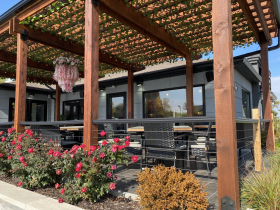 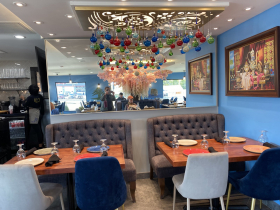 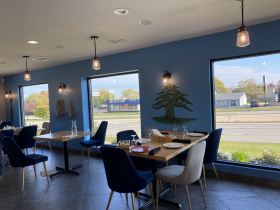 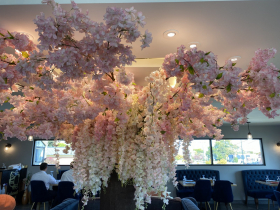