Milwaukee County has removed 25,000 trees, but is ramping up its replacement effort. 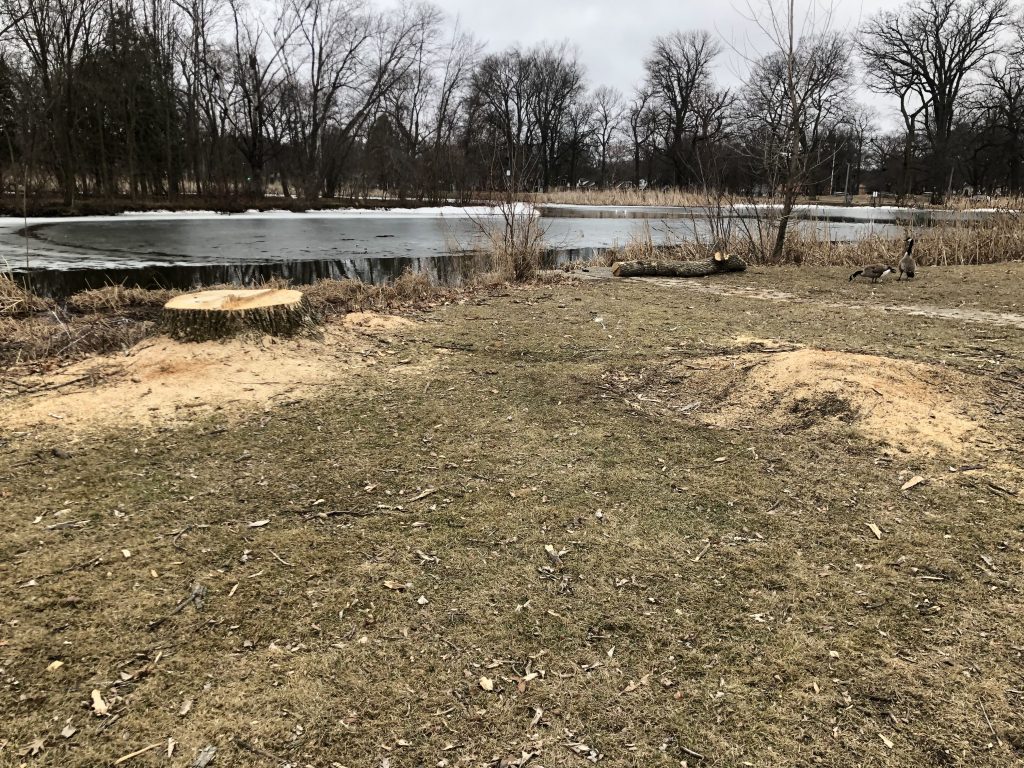 If you’ve ever been walking through a Milwaukee County park and noticed that a large, seemingly healthy tree had recently been cut down, it’s likely a single small bug that is to blame.

The Emerald Ash Borer has been a plague on Ash trees in North America since its arrival two decades ago, and it’s directly responsible for the demise of thousands of trees in the county parks system.

The many trees and wooded areas are a beloved feature of the county parks system. Since its creation, Milwaukee County Parks‘ Forestry Division has dedicated countless hours to the maintenance of these sometimes delicate tree systems: trimming here and there, and planting.

Then, the little green bug arrived in Milwaukee County sometime around 2011, and these tree workers found the job had changed. They needed to start identifying and removing thousands of trees crawling with these bugs, which can kill within four years of their first chomp.

With 15,000 acres of parkland and ever-dwindling staff in the parks department, the forestry workers realized it had to focus on areas where county residents most often congregated. That large tree you noticed missing from the trail side is gone because the forestry division was trying to save you from a large falling branch, or worse.

Since 2012, the division has removed approximately 25,000 trees around playgrounds, paved trails, buildings, parking lots and picnic areas. At the current pace, set by funding and staffing, the program of Ash tree removal will be finished by 2030.

Get a daily rundown of the top stories on Urban Milwaukee
The forestry division refuses to consign itself to defeat by the Emerald Ash Borer. “At the same time we’re removing trees, we’re planting them as well,” said Peter Bratt, Parks’ director of skilled trades, at a September meeting of the county board’s Committee on Parks and Culture.

In 2021, 2,542 trees were removed, and 1,425 were planted. Bringing a forest back to life is a lot slower going than the reverse. “Putting trees slowly into a system over time is the best way to preserve the diversity of a canopy,” Bratt explained.

A decade into the fight, Parks has been taking steps to reinforce its replanting efforts. In the 2022 budget, the department invested $100,000 in the Weigel-Heart Trust Fund, and this year it is spending $46,000 from that fund to purchase 450 trees.

These new trees will start their lives in the department’s tree nursery, and will be planted in various areas throughout the system over the next three years.

Parks is not alone in this work either. “Any effort that we do on the county level is supplemented heavily by our friends group,” Bratt said.

The department works closely with parks friends groups around the county on replantings. It’s also working with the Milwaukee Metropolitan Sewerage District (MMSD). The sewerage interest is planning to plant 6 million trees over a ten-year period and restore 4,000 acres of wetland in the greater Milwaukee watersheds. It’s working to identify sites in the parks system for some of the plantings.

The department is also pursuing grants to further support reforestation in the parks system. Recently, the Fund for Lake Michigan awarded $116,269 to support the reforestation along the Root River Parkway in Oak Creek.

The project will see 4,350 trees planted over three years and 34 acres of agricultural land converted to forest with native trees and shrubs.