Supervisors vote to use $32.3 million in ARPA funding for new human services building. 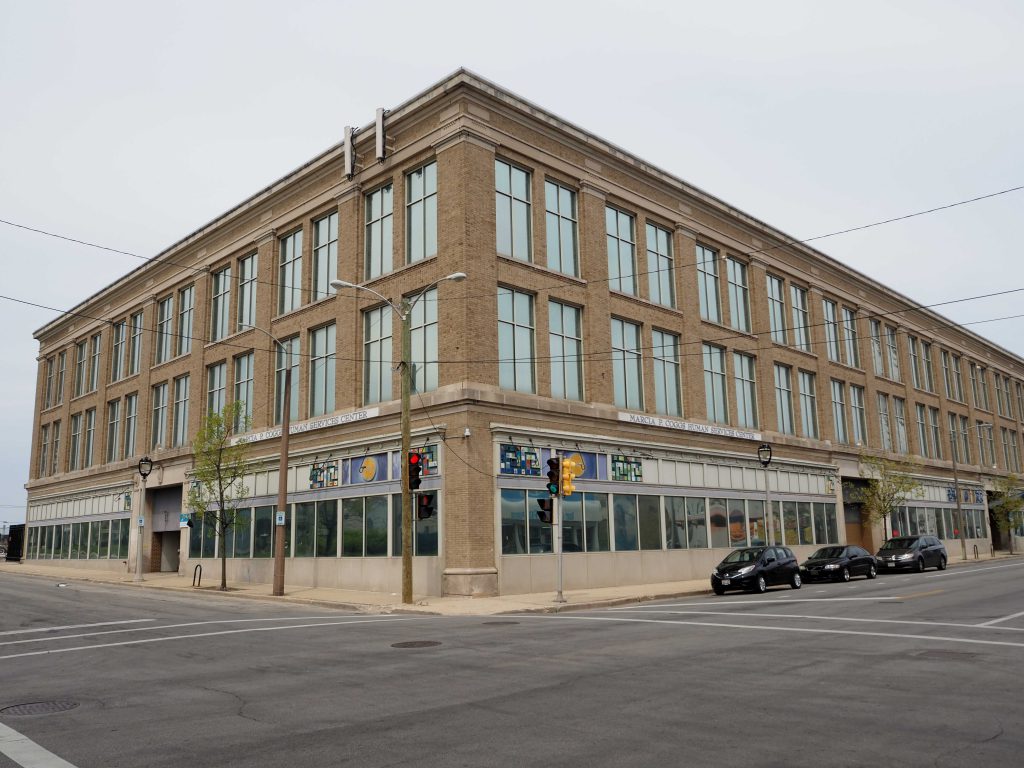 The Milwaukee County Board of Supervisors approved approximately $32.3 million in funds for a new county building to replace the Marcia P. Coggs Human Services Center.

The funds will go toward a $42.2 million human services building that will retain the Coggs name. Initial plans call for a 60,000-square-foot building on the footprint of the existing Coggs site, on W. Cherry St. between N. 13th St. and N. 12th St. The rest of the funding will come from the county’s capital budget. $5.2 million was already approved for the project in the 2022 budget.

Some preliminary site plans and designs for the new facility show that the county would have to raze the current Coggs Building, 1220 W. Vliet, to create space for parking. This led some to voice concern that the county was not making the right decision about the future of the Coggs building, and question some of the cost estimates and even the viability of the county constructing a new human services building versus renting office space somewhere in Downtown.

At a meeting of the Finance Committee in September, Sup. Shawn Rolland said he had heard from a number of constituents offering different ideas for the future of the Coggs building.

As Urban Milwaukee has previously reported, the county has gone back and forth on the future of the Coggs building since an analysis of the facility recommended the county dispense with it in the spring of 2021. Since then, the county Department of Health and Human Services (DHHS) and the Department of Administrative Services have analyzed the feasibility of renovating the Coggs building, leasing office space and building a new building.

An important factor in the decision making was the county’s budget, which will soon return to the zero-sum game of new spending being paid for through cuts somewhere else once the federal COVID-19 stimulus funding runs out. The $32.3 million funding that’s been approved comes from the county’s American Rescue Plan Act (ARPA) and has a deadline by which it must be allocated and spent. Also, DHHS has been trying to reshape their delivery of services according to a policy called No Wrong Door, which makes it easy for county residents to access, or be connected with, whatever service they need wherever they come in contact with the county’s human services system.

DHHS has the largest budget of any department in county government. It includes the county’s Housing Division, the Division of Children Youth and Family Services, Disability Services and the Behavioral Health Division (BHD). While BHD is a constituent part of DHHS, its budget has been severed from DHHS and it is overseen by the Mental Health Board, as opposed to the Board of Supervisors. DHHS and BHD have a combined budget of $398.8 million, with more than 800 staff.

At the Finance Committee, Gard Pecor, a commercial real estate professional working as a senior market analyst with CoStar Group, provided public comment on the project saying the 60,000-square-foot building seemed bigger than he thought the county might need, and the price-per-square foot associated with the cost estimate would make it “one of the highest priced office buildings constructed in the Milwaukee area in the last decade.” He also questioned whether redevelopment of the Coggs building was reviewed “as thoroughly as possible.”

David Muhammad, deputy director of DHHS, said the county looked at some of the downtown office spaces Pecor mentioned and found that over the life of the lease the county would have to spend a similar amount of money as it costs to build. What’s more, funds for a lease — which the county executive’s office said ranged from $2 to $2.9 million annually — would come out of the department’s operating budget, as opposed to the county’s capital projects budget. Unless the department saw an equivalent revenue increase, which is unlikely given the county’s short-term financial forecast, it would have to be offset with equivalent cuts to county services.

The ARPA funding presents a unique opportunity, and Muhammad said, “I think more ideation on the topic puts us in jeopardy of not being able to act within the window of [the deadline for allocating] ARPA funding.”

Aaron Hertzberg, Director of the Department of Administrative Services, said, “Government real estate and procurement process is significantly different than the private sector, and there are a number of funding challenges.” He said the private sector isn’t bound by equitable contracting practices that include targeted businesses enterprise goals, which can increase the cost of building. “You know, our duty and our charge is not only to find efficiency, but also to create equity and make sure that there’s equitability within that bidding process.”

Get a daily rundown of the top stories on Urban Milwaukee
The county has not completely written off the possibility that the Coggs building could be redeveloped by a private firm, but any project would need to allow the county to satisfy its parking needs, Hertzberg said.

County officials also noted that their decision is informed by a desire to maintain a human services building in the neighborhood. DHHS Director Shakita LaGrant-McClain said that the Coggs building provides aging and disability services, housing specialists and energy assistance — “so it’s not just an administrative building.”

“We’ve never had a building that was designed to deliver health and human services,” she said. “This was a department store… And just yesterday, I had to help an older adult out of the back hallway.”

The county’s Facilities Management Division initially recommended the county get out of the Coggs Building, because it had a long list of deferred maintenance, including ADA upgrades, with an estimated $45 million price tag to renovate the building.

Sup. Sequanna Taylor, who said she supports maintaining a human services building in the area, noted that the Coggs building is “very dingy, dark,” and said the people who access services there deserve a better, more accessible building. Rolland said he used to be a caregiver for his 99-year-old grandfather and finding parking and accessing the building in a wheelchair at the current Coggs center was very difficult. “I just keep thinking for the people who don’t have a caregiver who can take a day off and help navigate that situation, a person with a disability, this has to be a simple place where people can navigate, get what they need.”

One thought on “MKE County: Board Approves Coggs Building Funding”