Calling it a ‘crime-fighting budget,’ Kaul wants a roughly 60% increase in next biennium.

By Sarah Lehr, Wisconsin Public Radio - Sep 28th, 2022 12:57 pm
Get a daily rundown of the top stories on Urban Milwaukee 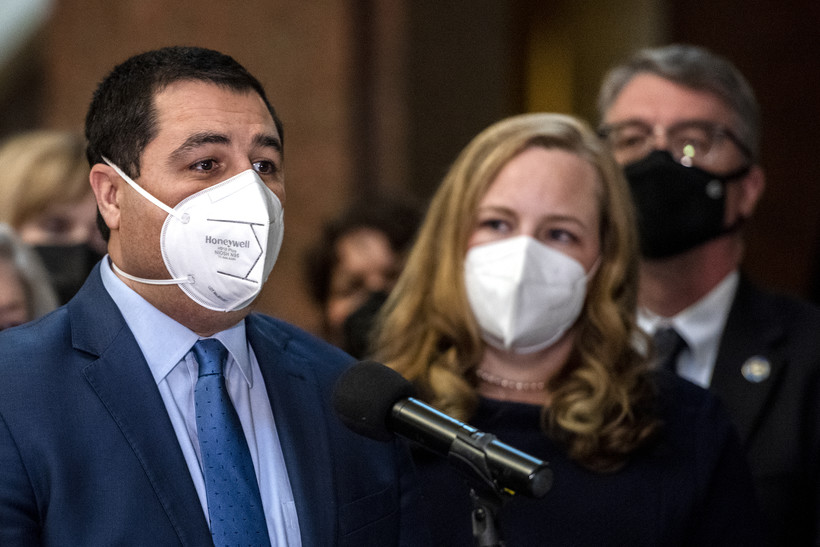 Wisconsin Attorney General Josh Kaul is asking for a big spending bump in the state Department of Justice’s next budget.

Kaul’s request now heads to the governor, who will present his 2023-25 budget recommendation covering all state agencies to the state Legislature early next year. State lawmakers typically approve a budget for the governor’s signature before the fiscal year begins July 1. In recent cycles, however, the Republican-led Legislature has opted to scrap many of Democratic Gov. Tony Evers‘ proposed priorities in favor of writing the budget mostly from scratch.

Kaul, a Democrat who’s running Nov. 8 to keep his seat against Republican Eric Toney, pegs the request as a “crime-fighting budget.”

The budget ask includes additional grant money to local law enforcement, along with funding for a 24-hour hotline to report hate crimes. And Kaul wants the DOJ to hire more staff, including 19 additional special agents and analysts within the Division of Criminal Investigation, as well as 16 DNA analysts, toxicologists and crime scene response specialists to help state crime labs. He’s also asking for two more violent crime prosecutors, which he says will expand the state’s capacity for taking on criminal cases.

“In the next state budget, it’s critical that the legislature finally ensures that communities have the resources they need for public safety,” Kaul said in a statement.

The Wisconsin Department of Revenue has predicted the state will close out the fiscal year with a record $5 billion surplus, prompting Evers to ask for the Legislature’s approval of $600 million annually in tax cuts, including an income tax reduction for some Wisconsinites.

Evers, who took office in 2019, faces Republican Tim Michels in November’s general election. Budget requests from state agencies were due this month and the Wisconsin Department of Administration is compiling them in a report for the governor’s review.