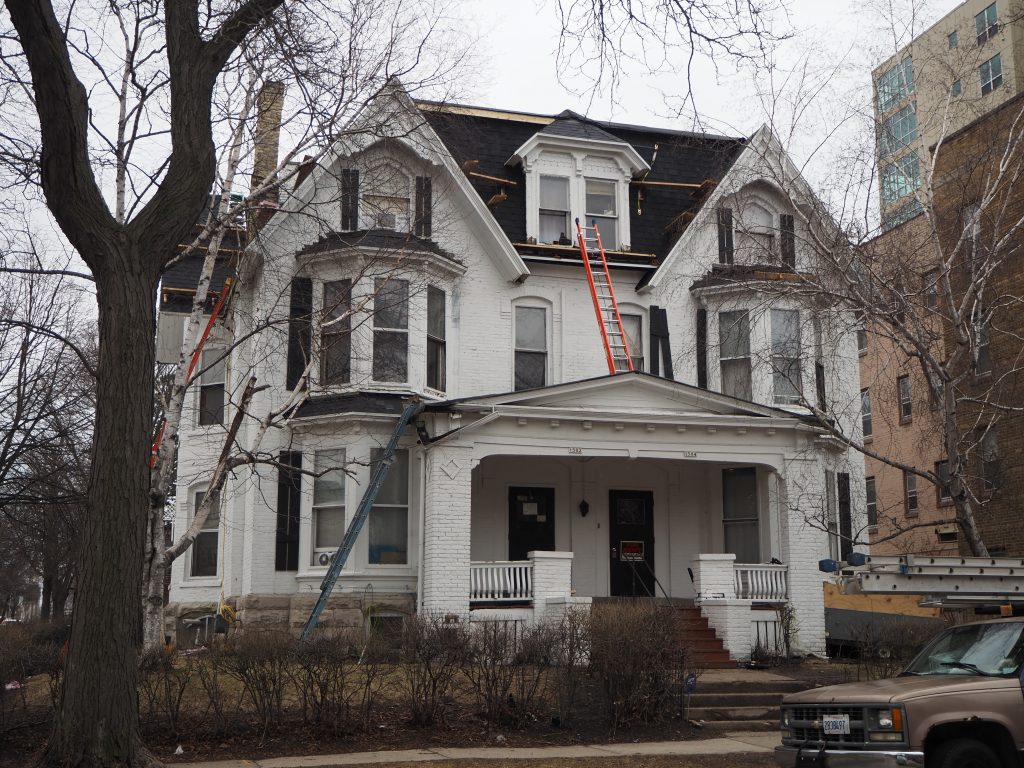 The federal government is ramping up its case against a Milwaukee rooming house owner and his property manager.

The U.S. Department of Justice filed a civil lawsuit alleging that East Side rooming house property owner Sam Leaf, 35, and property manager Dennis Parker, 55, violated the Fair Housing Act in discriminating against a gay male tenant with an intellectual disability in 2019 and 2020.

The tenant was allegedly repeatedly propositioned for sex by Parker, subjected to repeated homophobic remarks from Parker, subjected to retaliation for calling the Milwaukee Police Department about Parker’s behavior and ultimately subjected to eviction actions with Leaf’s involvement. The lawsuit filing says Leaf and his investment firm, Leaf Property Investments, are liable for Parker’s actions because Leaf “knew or should have known of Parker’s discriminatory conduct, had the authority to take preventative and corrective action, and failed to take reasonable preventative or corrective measures.”

“We stand ready to use our civil rights laws to combat all forms of sexual harassment in housing, including harassment based on sexual orientation or gender identity,” said Assistant Attorney General Kristen Clarke for the Justice Department’s Civil Rights Division in a Sept. 9 statement. “The Justice Department will hold accountable landlords and housing providers who engage in unlawful discrimination and harassment of vulnerable tenants.”

“No tenant should have to choose between having a stable residence or enduring sexual harassment from their landlord or property manager,” said U.S. Attorney Richard G. Frohling for the Eastern District of Wisconsin in a statement. “The U.S. Attorney’s Office is committed to working with our federal, state, local, Tribal and community partners to combat all forms of sexual harassment in housing and to seeking justice for those impacted by this type of egregious conduct.”

The complaint redacts the address of the property, but identifies another Leaf-owned property at 1511 E. Royall Pl. as being across the street. A search of city assessment and license records reveals the subject property to be 1502-1504 E. Royall Pl. Leaf acquired both properties in 2013 for $350,000, according to city records. They are now assessed for a combined $888,200.

The unidentified complainant lived in the three-story, 19-unit rooming house from April 2019 until July 2020, and Parker lived across the street. The complainant is alleged to have suffered “physical harm, fear, anxiety, emotional distress, and monetary damage” because of Parker’s conduct.

The lawsuit filing follows a March filing by the U.S. Department of Housing and Urban Development (HUD) that was to be heard by a federal administrative law judge. But the unidentified tenant filed a request for the case to go to federal court, terminating the administrative review. Escalating the case to federal court allows punitive damages also to be assessed. The case is assigned to Judge Brett Ludwig.

Parker, a resident of Milwaukee’s South Side, has no attorney listed currently. Leaf, according to a service notice, is represented by James C. Ratzel of Ratzel, Pytlik & Pezze.

Full copies of the March 2022 and September 2022 complaints can be found on Urban Milwaukee.

The text messages included in the March complaint include suggestions of oral sex, shoving an object into an orifice and other sex acts. “Some of these statements trigger my [disability],” responded the complaint to Parker in December 2019 and asked for respect. Parker responded with a profane message, then proceeded to send more than 40 messages in the next nine days. Those in the complaint include numerous profane and homophobic phrases. They also criticized the complainant’s mental disabilities and receipt of Social Security Disability Insurance. “Get off your lazy ass and work quit scamming off the government,” wrote Parker. The complainant didn’t respond, instead calling the Milwaukee Police Department.

On Dec. 22, an officer visited Parker, to which Parker is reported to have said “go f*ck yourself” and then received a disorderly conduct citation.

On Jan 24. Parker resumed texting the complainant. “Your little stunt calling the police cost me 189 dollars,” wrote Parker. “Fat POS I will always hate you you’re a manipulator a f*cking piece of sh*t user. I wish you would just move and get the f*ck out.” He sent a series of other messages that invoked the complainant’s sexuality and disability.

The complainant said he would move out and asked to be left alone.

Four days later, Parker invited the complainant out for a meal. The complainant responded with disbelief. “What[?] You threatened to kick me out by the first with no eviction notice […] you threatened to call the cops on me, and through [sic] all my stuff on the front lawn,” he said as part of a longer text message.

The complainant made a maintenance complaint to the city on Feb. 17, which the complaint alleges caused Parker to stop using harassing language. On Feb. 26, Parker, the complainant and another tenant went out to dinner together. After the meal, Parker sent a series of text messages with slurs and said he was left with the bill, then said he had a discussion with Sam Leaf and they agreed the complainant needed to move out.

“Sam would like to see you move he is not renewing your lease and you are herby [sic] given your 30 day notice to vacate the property…Sam’s words not mine,” wrote Parker in a March 5 message.

On April 13, the complainant texted Leaf to say that Parker had repeatedly asked him to move with no written notice or warning. Leaf did not address the concern, but answered other questions in the message. At multiple points, the complainant raised concerns to Leaf about Parker’s actions or behavior. But on May 29, he gave a 30-day notice, via text message, to leave by July 1. Leaf agreed.

But on June 21, the complainant alleges Parker punched him in the groin and said “hope you enjoyed the sexual assault” or something similar. He called the police on June 23 about the incident. Parker was issued a citation for assault and battery.

Another tenant in the complex, according to HUD’s complaint, was witness to Parker propositioning the complainant and yelling slurs from his balcony.

The DOJ filing asks the court to determine that defendants violated the Fair Housing Act, award monetary damages to the complainant and award “additional relief as the interest of justice may require.”