A taste of nationally-acclaimed brisket stirred Adam Beilke to turn a casual hobby into a full-time gig. 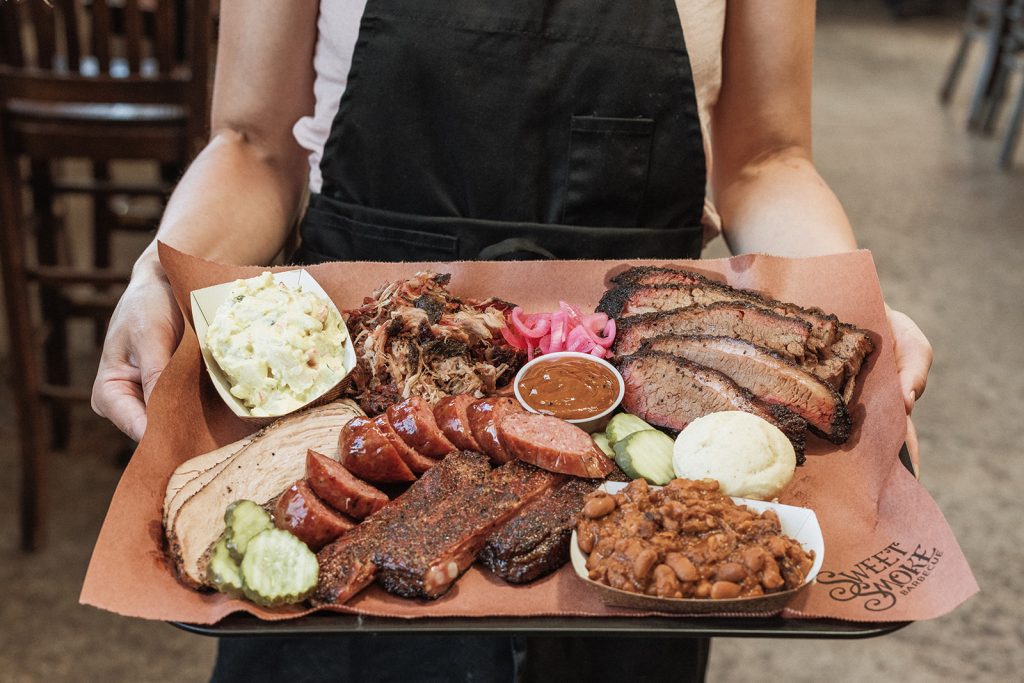 Sweet Smoke BBQ, a pop-up that frequents the Bay View neighborhood, brings a taste of Texas to the Midwest.

The mobile restaurant, which officially launched in April, makes regular appearances at Enlightened Brewing Company, serving a variety of meats right off the smoker accompanied by homemade sides.

Adam Beilke, a former accountant, decided to go all-in on his barbeque concept after a life-changing meal at Franklin Barbeque in Austin, Texas.

“I quickly became obsessed with trying to recreate it,” he said. “Over the next 10 years I was enamored with not only that, but just cooking and barbequing everything I possibly could over a live fire.”

The founder of Franklin Barbeque, Aaron Franklin, has attracted a national following. The author of multiple cookbooks and star of PBS series “BBQ With Franklin,” the pitmaster has “given away every secret he possibly has,” Beilke said.

With everything on the table, it takes something special to stand out. The secret, said Beilke, is dedication.

“I have a bit of an obsessive personality as it is,” he said. “So then the thought that my livelihood now depends on it, and the fact that people can go out and say ‘I had it once and it wasn’t all that good,’ it drives me insane.”

Sweet Smoke was operating out of a commercial kitchen space at Common Cookhouse in Oak Creek up until a June 22 fire caused extensive damage to the building, displacing nearly 20 food-based businesses including Sweet Smoke.

In need of a new kitchen space, Beilke began setting up at Hawthorne Coffee Roasters, 4177 S. Howell Ave., but said the licensing process has been “particularly difficult.”

Despite facing numerous challenges within his first few months in business, Beilke is determined to succeed.

“I’m not going to be deterred,” he said. “I love Milwaukee. I live here, and I plan on living here for probably the rest of my life. I have no plans to leave. But if I need to take my business somewhere else in order for it to succeed, I will absolutely do that.”

Sweet Smoke will continue to pop up at events in the city, but Beilke said he will likely look outside city limits for a commercial kitchen and an eventual brick-and-mortar location.