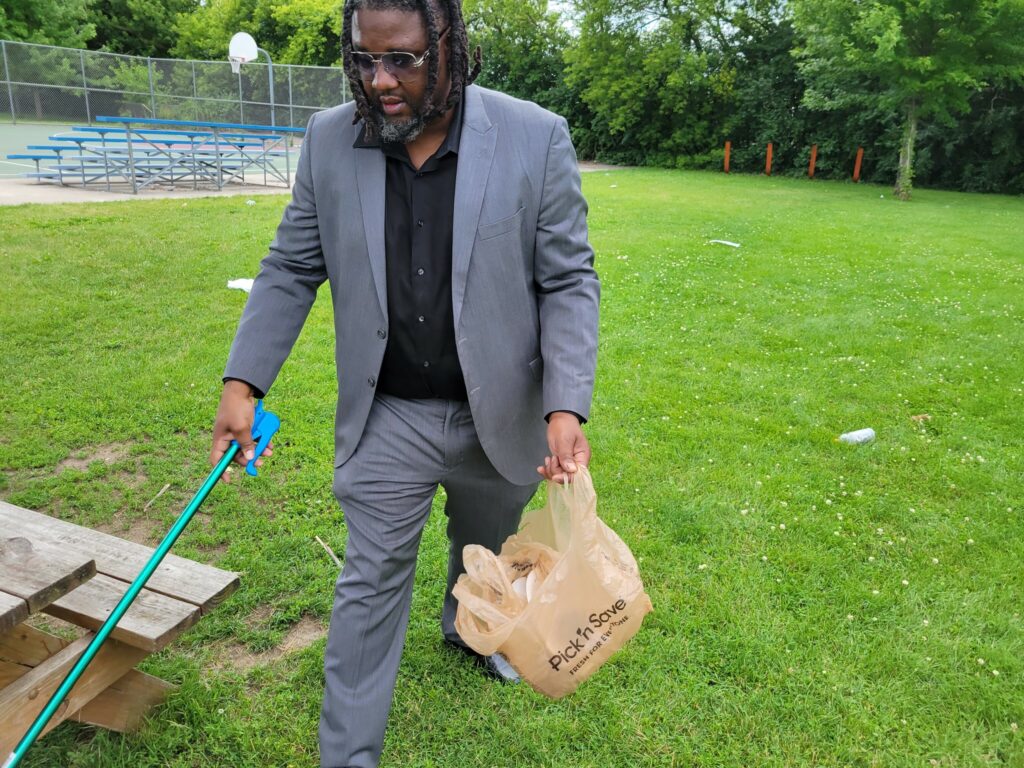 Anthony Keys, 47, who earned his pardon after two decades, often cleans up trash at Merrill Park and mentors youths in the neighborhood. Photo by Edgar Mendez/NNS.

Veronda Jackson, 39, was on a plane back from picking up her daughter from college when she opened an email that immediately brought her to tears.

The message was from Gov. Tony Evers’ office, informing her that she had been granted a pardon.

“I made a mistake when I was younger but look at how God is redeeming me,” she remembers telling her daughter. “Had I not gone through that situation I don’t think I would have the passion for people that I do today.”

Jackson is a mother of four and program manager at Ezekiel Community Development Corporation. At Ezekiel, Jackson helps secure funds for programs that provide job training, revitalize area homes and support home ownership, among other duties. Although she has worked in the community for many years, as a felon, she felt stigmatized. She also has been denied housing and her record has prevented her from obtaining certain professional licenses. 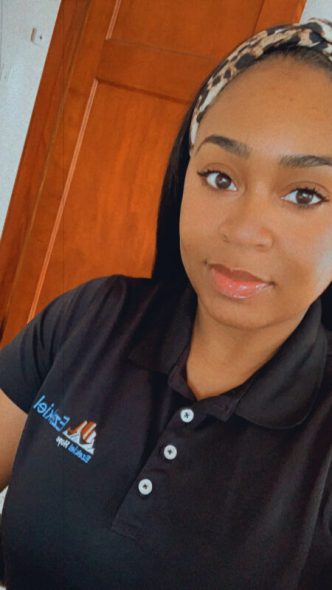 Veronda Jackson, 39, who gained her pardon this year, says: “Had I not gone through that situation I don’t think I would have the passion for people that I do today.” Photo provided by Veronda Jackson/NNS.

Jackson is one of 554 individuals to receive pardons from felonies since Evers took office in 2019. As of July 18, there are more than 800 eligible applications for consideration by the Governor’s Pardon Advisory Board. Evers’ predecessor, Scott Walker, issued no pardons during his eight-year term that ran from 2011 to 2019, said Chet Agni, a spokesperson for the current governor.

The Wisconsin Constitution grants governors the power to pardon individuals convicted of a felony, which restores their right to serve on juries, to hold public office and to earn certain professional licenses, among other rights. To be eligible for a pardon, individuals must have completed any criminal sentence, including probation or parole, at least five years ago, have no pending criminal charges and not be required to register as a sex offender.

Jackson received support from the Legal Aid Society of Milwaukee, which provides free legal assistance and other aid to Milwaukee County residents. The organization has helped three other residents gain pardons, with one additional case pending, said Colleen Foley, its executive director.

Foley said helping individuals gain pardons has led to some of the most meaningful experiences in her 30+ year career in law.

“People are haunted by these convictions for decades, and it’s powerful for them to be able to move on from it,” she said. “These are really fine human beings who contribute to the community who made a mistake that has impeded them for too long.”

Anthony Keys, 47, waited more than two decades to be pardoned for a conviction he immediately knew would be his last.

“I knew right then and there that I would move on in life and never look back,” he said.

The problem, said Keys, is that even though he changed his life, his felony still held him back.

“I knew that I would be an even better father, uncle, brother, son and a better person to society in general if I didn’t have that felony on my record,” said Keys, who volunteered for 15 years as a referee for a neighborhood basketball league at Merrill Park, bought trophies and other supplies for the league and mentors youths and others in his neighborhood.

He filled out the necessary paperwork for a pardon with help from Foley and her team and waited his turn. Months later, he received an invitation to plead his case on Zoom to the Governor’s Pardon Advisory Board.

He was granted a pardon.

“When I speak to people of the younger generation, I tell them that we all mess up, but you can turn this around,” he said. “I’m proof of that.”

Last year, Keys went to Madison to testify in support of legislation that prevents juveniles from receiving life sentences without parole in Wisconsin. While there, he ran into Evers and thanked him.

Markeese Walker, 42, said life as a felon made his life even harder than it typically is for a Black man in America.

He was 22 when he was convicted of a felony. Since then, he said, he stayed out of trouble and became a positive force for the community. Meeting Foley at the Legal Aid Society of Milwaukee changed his life even more.

“We’re going to help you get your freedom back,” he said Foley told him. “She believed in me.”

Foley encourages anyone who needs a pardon to reach out to her organization.