Arena hosting match this October between Blackhawks and the Minnesota Wild.

By Leah Treidler, Wisconsin Public Radio - Aug 4th, 2022 05:48 pm
Get a daily rundown of the top stories on Urban Milwaukee 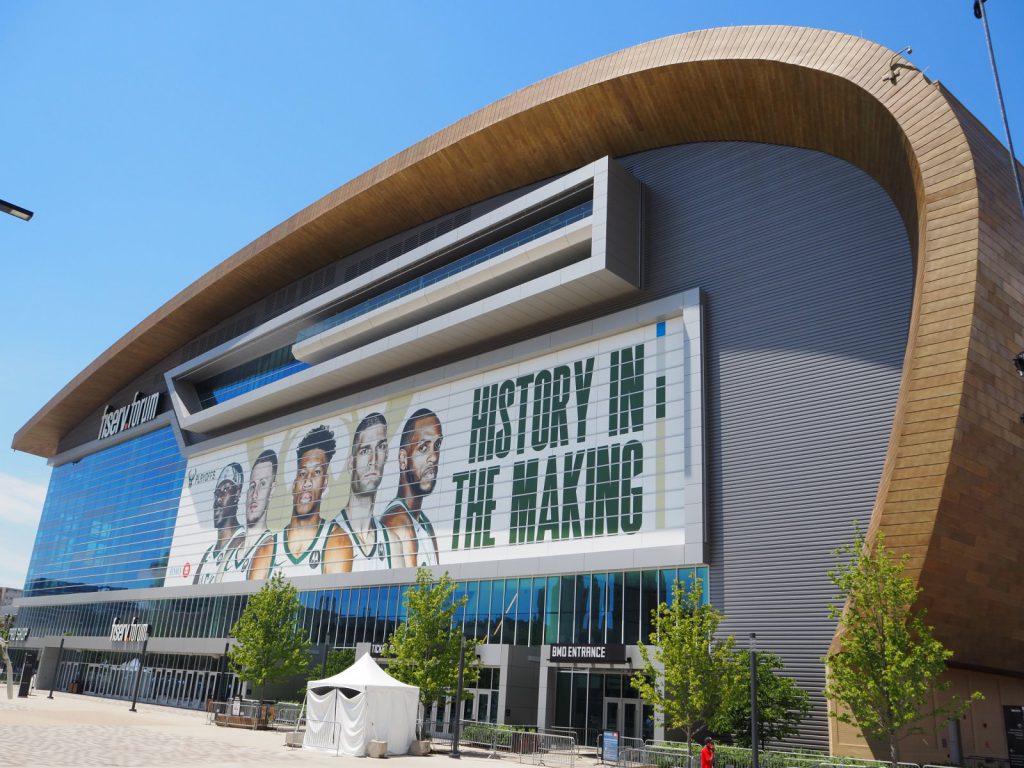 Fiserv Forum during the 2021 playoffs. Photo by Angeline Terry.

After nearly 30 years away, the NHL is headed back to Milwaukee.

Fiserv Forum is set to host its first ever NHL game when the Chicago Blackhawks square off against the Minnesota Wild on Sunday, Oct. 2. Tickets for the preseason matchup will go on sale Friday at 10 a.m.

This year’s match will be the Chicago team’s first game in Milwaukee since they faced off against the Los Angeles Kings in the Bradley Center on Dec. 1, 1992.

In a press conference Wednesday, Blackhawks President of Business Operations Jamie Faulkner said the team is thrilled to play in city.

“We wanted to be able to go to a fan base in Milwaukee, our neighbors to the north,” she said. “We’ve got incredible fans here, incredible hockey culture here, and it wasn’t a long distance for our Chicago fans to travel. So we got hard at work to put a great game day together.”

Faulkner said they’ll open up the Deer District at 3 p.m. the day of the match for fans to watch the Packers game and enjoy live music, photo opportunities and Blackhawks celebrity appearances.

“This will be another great moment to the city of Milwaukee as we continue to bring a variety of dynamic great events to the city,” said Peter Feigin, Bucks and Fiserv Forum president.

The plan for the upcoming game has been in the works for about eight months, he said, saying Faulkner called him with the idea.

“And within 30 seconds, my tail is wagging,” he said. “I was more excited than you can ever imagine.”

For Blackhawks Television Announcer Chris Vosters, this game marks a return to his roots. Vosters grew up in Brookfield and attended the University of Wisconsin-Madison. He got his start announcing Badgers hockey games at the campus radio station.

“So I understand the rich hockey tradition and culture that exists in the state,” he said. “And I can’t think of a better venue to showcase the Blackhawks and the NHL than Fiserv Forum. I have many fond personal and professional memories of this place as a longtime Bucks fan.”