Why Nicholson Quit The Governor’s Race

Did Uihlein pull his funding? And which candidate for governor will benefit? 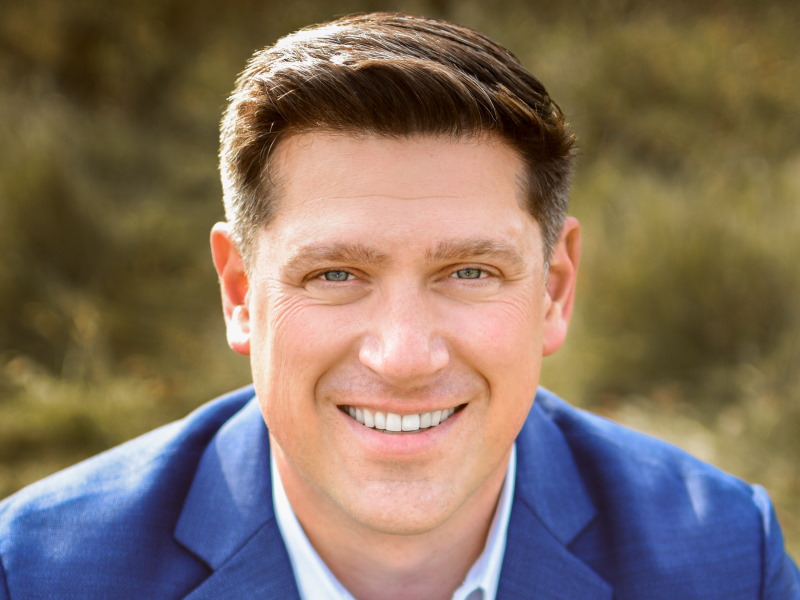 There has never been any doubt about Kevin Nicholson’s ambition.

The Republican candidate for governor, who announced he was withdrawing from the race last week, has been running for state-wide office since 2017, when he announced for office as almost a complete unknown, drawing criticism even from conservatives.

Not to mention that Nicholson, a management consultant and Marine veteran, had a previous history as a Democrat and abortion supporter and had voted in the North Carolina Democratic presidential primary as recently as 2008.

But none of that bothered wealthy Republican donor and attempted kingmaker Richard Uihlein, one of the nation’s largest donors to Republican candidates. He donated $3.5 million to a Super PAC supporting Nicholson and suggested that other Republicans should stay out the race. As Belling questioned pointedly, was Uihlein backing Nicholson simply “to get one of his… into the Senate?” Or as Belling’s fellow WISN conservative talker Dan O’Donnell asked, is Nicholson “just a puppet of Richard Uihlein?”

Richard and his wife Liz Uihlein ultimately spent $10.7 million on Nicholson in the GOP primary. But all that money didn’t scare away GOP legislator Leah Vukmir, who had long served the conservative cause in Wisconsin and beat Nicholson in the Republican primary, only to lose to incumbent Democrat Tammy Baldwin in the general election.

Get a daily rundown of the top stories on Urban Milwaukee
Nicholson once again proved his ambitious flexibility, announcing last year that he would run for U.S. Senator if incumbent Ron Johnson stepped down, or otherwise for governor. And so Nicholson became the otherwise candidate for governor, which didn’t daunt Uihlein in the least. “Kevin is a born leader. If he decides to run for Governor, he will have my full support and commitment to win the primary and general elections,” Richard Uihlein told Wisconsin Right Now.

Richard Uihlein has spent $4.5 million on a Nicholson-backing PAC, as Wispolitics has reported. And what was the result? The latest Marquette poll showed Nicholson was still far behind former Lt. Governor Rebecca Kleefisch, while businessman Tim Michels moved into a statistical tie with her less than two months after entering the race. Add to this the fact that Liz Uihlein was backing Kleefisch, having donated $200,000 to a Republican super PAC bank supporting her, and $20,000 to the Kleefisch campaign. The husband and wife were canceling each other out while watching a third candidate rise in the polls. Did they push Nicholson to drop out of the race?

Not according to Nicholson, whose statement withdrawing from the race said “it has become clear to me and my team the only path forward for our campaign is attacking the other candidates… and running a very negative campaign. While our team has the capability to do that, that is not something I want to do — nor do I believe it would be good for the party.”

Which I’m sure had GOP politicos chortling. For if there is anything Nicholson loves doing, it’s attacking other Republicans. He called Kleefisch “as dumb as a bag of hammers.” He derided Assembly Speaker Robin Vos, dubbing him Scooby-Doo, “except Scooby-Doo actually gets the guy in the end.” He blasted Vos for running the “Madison machine” that chose Kleefisch as their candidate, saying “If you are happy with the way things are going, there’s a Republican political machine that has a candidate in this gubernatorial primary that you can vote for.”

There is arguably nothing Nicholson has been more effective at in the last five years than attacking Republicans. So why stop now? Yes, he was behind in the race, but hope springs eternal for all candidates, much less one so ambitious as Nicholson. Only a push from someone as powerful as Uihlein was likely to make him quit.

So who will benefit? Not Kleefisch. Nicholson’s main appeal was to Trump fans who wanted a party outsider. The more radical ones might lean toward Timothy Ramthun, who is a special kind of crazy. But most will go with Michels, who has been running as an outsider, though he he is anything but that. His family’s business has depended on state government for some $1.3 billion in road contracts since 2008, and Michels and his family have strategically donated to Republicans politicians and co-chairs of the Legislature’s Joint Finance Committee.

Indeed all the momentum in the GOP primary seems to be with Tim Michels. The key to the contest, as it usually is, will be the WOW counties of Waukesha, Ozaukee and Washington. Unless Kleefisch wins by a healthy margin there, Michels will win.

If so, that will chalk up another loss for the Uihleins, who have previously been frustrated by losing so many elections where Richard hoped to be a kingmaker. Turns out that it’s not so easy to buy elections.

5 thoughts on “Murphy: Why Nicholson Quit The Governor’s Race”