Recently announced candidate in GOP primary for governor 1% ahead of Kleefisch; most voters still "not sure" who to support. 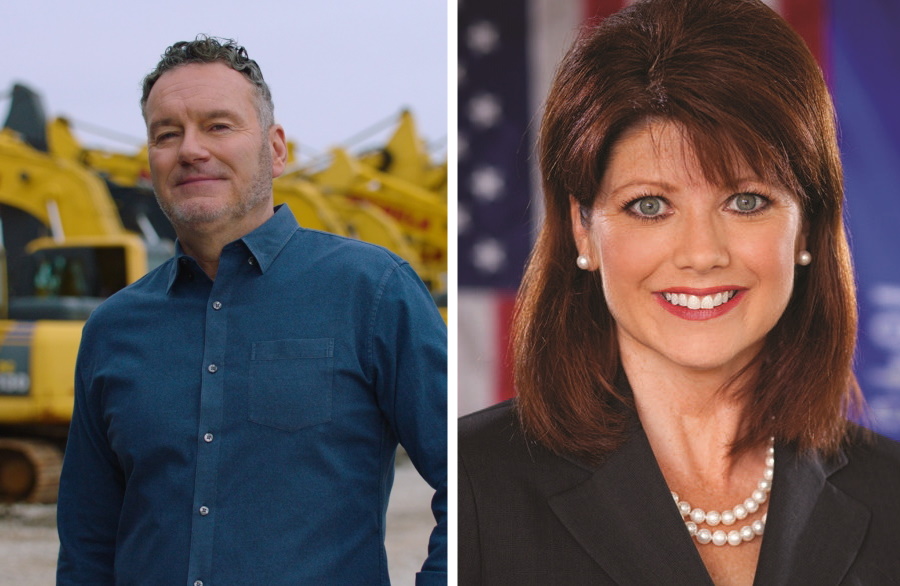 Rebecca Kleefisch has gone from the only major Republican candidate in the race for governor to second place according to a new poll. New entrant Tim Michels leads the field.

Amongst 675 likely Republican primary voters, Michels (27%) has a one percentage point lead over Kleefisch (26%). But the margin of error for the poll is 3.8%.

Kleefisch, who served as lieutenant governor from 2011 to 2019, announced her long-expected campaign in September 2021. Michels, whose family runs a large contracting firm, entered the race in late April. A 2004 candidate for U.S. Senate, Michels recently faced criticism that he hasn’t lived in Wisconsin for much of the past decade.

Kevin Nicholson, who ran unsuccessfully for the Republican senate nomination in 2018, came in third with 9%. Representative Timothy Ramthun, the most vocal of the candidates in pushing the false claim that the 2020 election was stolen, finished fourth (and last) with 6%.

The most common choice in the poll, however, was not an actual candidate. Twenty-nine percent of respondents said they were “not sure” who they would pick and 3% said they would vote for “someone else.”

Get a daily rundown of the top stories on Urban Milwaukee
The new poll was conducted by Public Policy Polling for Milwaukee-based Milwaukee Works, a 501(c)(4) that periodically polls on local policy issues and candidates.

“Michels has come off the starting blocks incredibly strong and is a major contender. Nicholson, who has been running for statewide election continuously since 2017, seems dead in the water,” said Milwaukee Works leader Daniel M. Adams of the results.

The primary will take place Aug. 9 with the winner taking on incumbent Governor Tony Evers on Nov. 8. A lieutenant governor candidate will be selected for each candidate through the same election.

Michels fares the best with those over 65 (34%), while Kleefisch leads the two younger age brackets. The number of undecided voters is greatest within the younger two age brackets.

When it comes to educational attainment, Michels is the favorite of those who only graduated high school or less (32%) or partially-completed college (35%). Kleefisch more than doubled Michels’ vote share amongst those who completed a four-year degree (37% to 18%), while the two are virtually even on those with a post-graduate degree (18% to 19%).

A full copy of the poll results can be found on Urban Milwaukee.

One thought on “Michels Leads Kleefisch In New Poll”