Long awaited food hall opens with a handful of vendors. 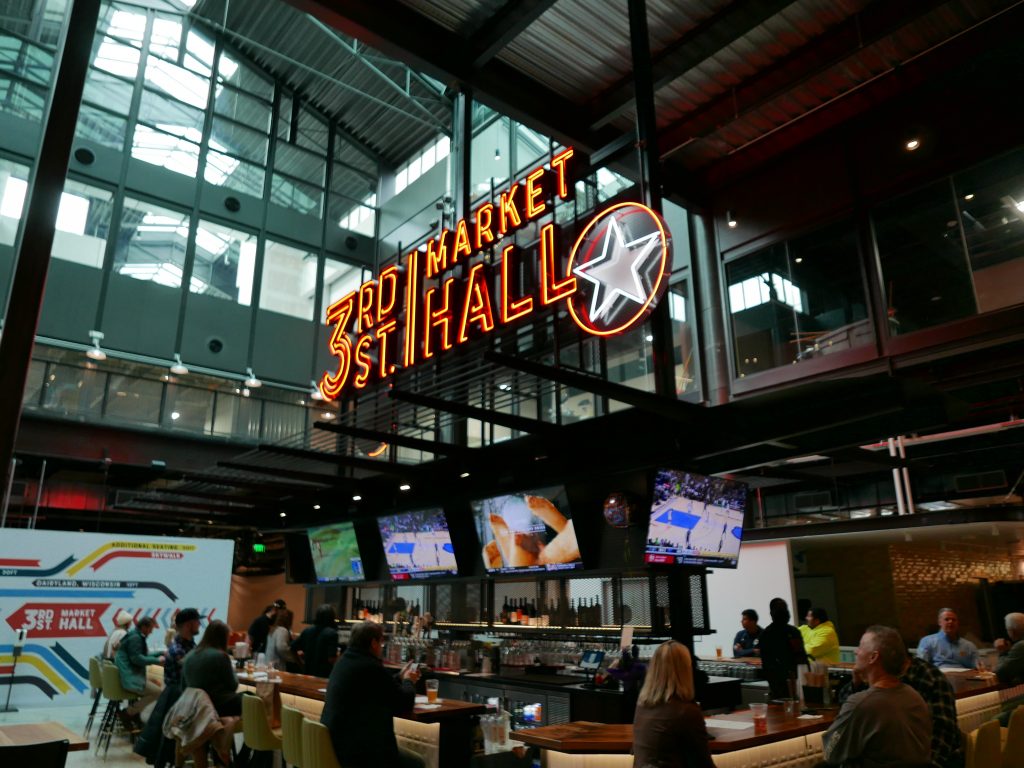 The new food hall is located on the first floor of The Avenue at 275 W. Wisconsin Ave. It was developed by restaurateur Omar Shaikh and real estate developer Josh Krsnak. It was initially planned to be open by Summer 2020, but the project was delayed several times due to the COVID-19 pandemic.

While the food hall is now officially open, the space isn’t quite finished. Some vendor stalls are still empty and there was construction ongoing when Urban Milwaukee showed up Friday afternoon.

The opening, considering it was the middle of the afternoon on a Friday, was well attended. There were several dozen patrons milling around and eating. Based on where most of the crowd was spending their time, the large, 360-degree, 60-seat central bar and Dairyland were the most popular attractions.

Besides food, 3rd Street market Hall also has a Topgolf Swing Suite, a bags area, a large shuffleboard court, snookball and a selfie museum. The selfie museum, dubbed Photoverse, offers a series of photo booths created in partnership with the Milwaukee Institute of Art & Design and entry tickets can be booked online. Brew City Brand also operates a small apparel kiosk at the hall. 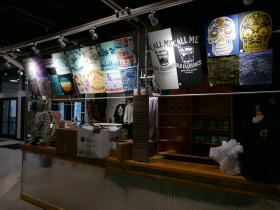 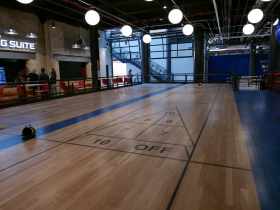 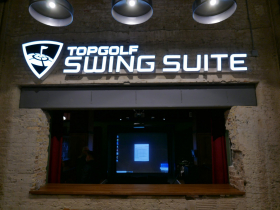 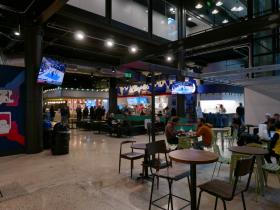 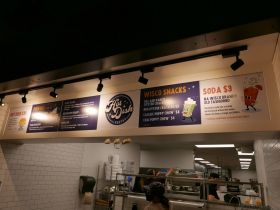 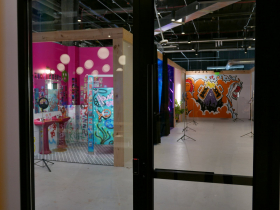