Revenue plummeted in 2020. Pandemic has badly constrained the organization. 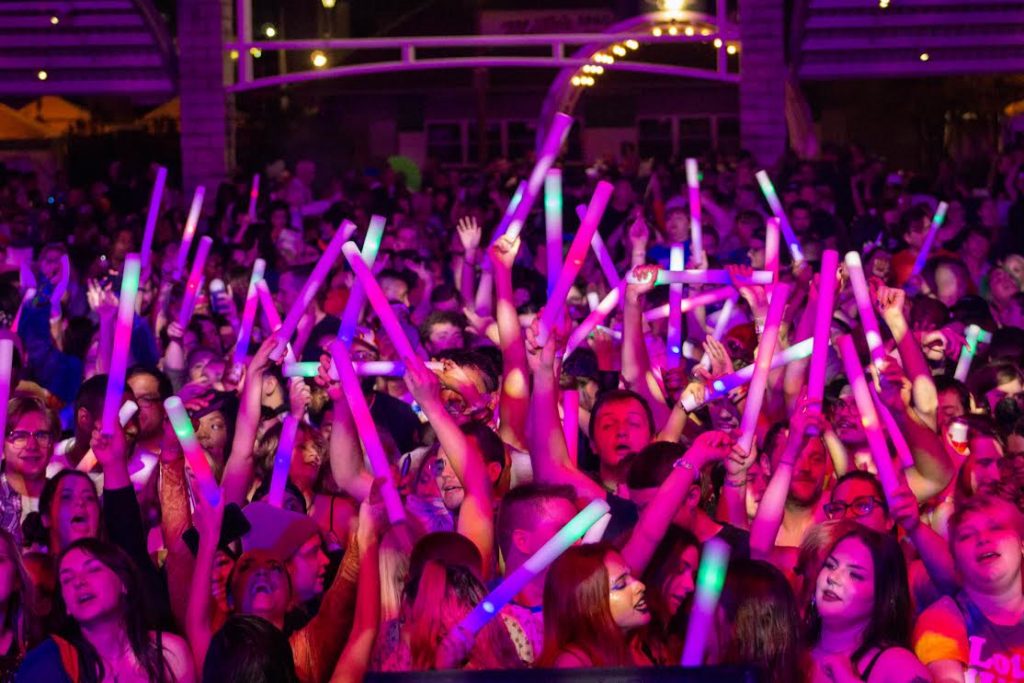 Milwaukee PrideFest, first held in 1988, is the state’s largest LBGTQ festival, and one of the oldest and largest in the nation. Held since 1996 at the Henry Maier Festival Park, the festival is “unique compared to other pride festivals, where someone might be playing onstage in the parking lot of a 7-Eleven,” a Milwaukee Magazine article quoted a spokesperson in 2019. That year it welcomed a record 45,787 attendees and had revenues of nearly $1 million.

Then came June 2020, when the festival was canceled due to COVID-19, as were most similar events worldwide. Early in 2021, the board announced the cancelation of the event for the second year, joining other ethnic festivals like Festa Italiana. The decision faced immediate opposition by some in the community, who feared the oft-troubled festival might become extinct. In July, the board elected to hold a much smaller festival in October, rebranding it as Pridetoberfest.

Again, Milwaukee PrideFest, Inc., the sponsoring organization, came under attack for “too little, too late.” Don Schwamb, 69, the founder and webmaster of the Wisconsin LGBTQ History Project, and longtime activist, was the most vocal, telling Urban Milwaukee: “Throughout the summer, there was complete silence on the promised ‘Pridetoberfest’ in Milwaukee.” When the festival finally occurred, Schwamb was disappointed. The crowds were sparse; the “drink pods” were few, and apparently not run by volunteers with tips going to charities; the health and wellness displays were absent; as were community organizations. “Even the merchandise booths were barely present … The history exhibit was a shadow of its former self.” Schwamb, a former board member, who once ran the Cash Room for the festival, writes:

This was neither the usual PrideFest nor any type of Oktoberfest-themed festival. It was essentially a DJ-and-drag-queens Dance Pavilion party serving only a nightlife demographic.

My only concern is to see the organization once again be part of the greater LGBT community, which it has gradually moved away from both financially and in the wider LGBT community’s lack of presence at the latest Pridetoberfest.

Wes Shaver joined the board of Milwaukee Pride, Inc. at 29 in 2014 and became its president in 2017. He bristles at suggestions that he has not involved the community in its operations, or that there are any financial irregularities, or self-dealings. On Dec. 22nd, he told me the reason for holding a scaled-back Pridetoberfest was to give the board an “opportunity to gauge” the possibility of returning to its regular programming in 2022. “We were hoping for more attendance,” he admits. Shaver cited the use of food trucks rather than renting stalls at on the grounds, noting it was less expensive: “Food trucks had a low cost of entry,” he said. “It wasn’t a revenue stream for us, and I was not involved myself.” Shaver said he hopes to make the “food trucks a regular item” at future festivals. “PigTailz, Pedro’s, Felafel Guys — they all want to return.” As far as the “Drink Pods”, two were operated by non-profits that received a stipend from PrideFest and kept the tips, while two other pods were operated by a contractor whose relationship with the festival dates to 2014, when Schwamb was still involved.

Shaver also cited “increased expenses, new financial obstacles,” pervasive supply chain issues, and COVID itself as reasons for the smaller event. There were also day-of-event surprises. Although Milwaukee World Festival, Inc. management adopted a cashless system for Summerfest, and encouraged other festivals on the grounds to follow suit, PrideFest declined to do so, and chose to accept cash as well as electronic payments. Why? Shaver said a “large percentage of attendees work for tips,” and although there are no-fee cash-to-card machines on site, he was concerned that some patrons would leave money unspent on the card. (Anybody who has discovered a string of unspent Festa Italiana food tickets in pocket or purse after the event will be familiar with the phenomenon.) Shaver’s decision to accept cash was vindicated as soon as the festival gates opened. “For the first two hours the point of sale system was down,” he says. “If we were not accepting cash,” he said, there would have been no revenues during that time.

I asked Shaver for the IRS Form 990 from 2020, so as to compare it with the record-breaking year of 2019. He provided a copy, which has since been posted on the newly created Milwaukee Pride website, joining the returns from 2015 on, previously posted. In 2019, Milwaukee Pride, Inc. reported revenue of $969,105 and expenditures of $873,072, leaving a surplus of $96,107, and boosting its cash on hand to $128,745. Revenue for 2020 amounted to a mere $92, its only source being interest paid on the group’s assets. Even so, fixed expenses amounted to $63,040, leaving Milwaukee Pride, Inc. with a balance of $65,707 as it entered 2021. The organization has no ongoing liabilities; its board and staff, including Shaver, are not compensated. The small amount of working capital allowed Pridetoberfest to happen. Shaver says the books have not been finalized for 2021, and did not provide revenues for last year.

The festival’s PrideFest Milwaukee website promised Pridetoberfest attendees that “$1 from every online ticket order will be donated to the Milwaukee LGBT Community Center.” Yet the website did not announce how much was raised. I contacted the group and Shaver to see if the promise had been met. Jerome Wilcenski, the Special Events and Volunteer Coordinator for the group responded, saying, “The donation totaled; $1,775.00.”

This matched the sum Shaver gave me in response to my inquiry:

… [W]e pledged to donate $1 from every online transaction sold to the Milwaukee LGBT Community Center. The total donation was $1,775.00. While this number is less than previous box office/ticket promotions of the past, we wanted to support the center while being aware that we had to remain cognizant of our expenses as well.

Finally, I asked Shaver about the criticisms leveled against his management of Milwaukee Pride. His response:

… I’m unsure of why Mr. Schwamb has said the things and taken the actions he has against myself and Milwaukee Pride, respectfully. Regardless of what I DO and DON’T know, my feelings towards him have not changed. While frustrated and honestly, hurt by his actions, I have never had an issue with Don in any capacity. In fact, I found him to be a valuable member of the cash room team AND I often told him that. Over the years, Don and I shared many great meetings, discussions, and even did a news segment together. I’m no stranger to the reality that many people worked tirelessly and selflessly for what we have today. I like to think I’m doing my part too, in this day and age. I wish Don and all of his endeavors well.

The Pridefest website says it plans to go ahead with a June, 2022 event, returning to its usual schedule as the first festival on the Maier Park’s calendar. Yet in the three weeks since I interviewed Shaver, the COVID caseload has increased sixfold in Wisconsin, leading to the greatest number of cases yet, with no peak in sight.  Will the show go on for PrideFest and the ethnic festivals that follow it on the Summerfest Grounds? There is much at stake for the festivals as well as for Milwaukee World Festival, Inc., which ordinarily has a full summer of events and rental income from all these community festivals. But if PrideFest is to be more than “a DJ-and-drag-queens Dance Pavilion party serving only a nightlife demographic,” as Schwamb fears, it will need to once again have a larger footprint on the festival grounds, and acts that will draw wider community support.

But for now the youthful DJ-and-drag-queens demographic might represent the most viable one for the financial success of the festival. Those who helped make Milwaukee’s gay history by attending the festival back in 1988 were probably doing a little disco dancing of their own back then. They were not primarily concerned with the history they were making, its significance in the future, and a generation not yet born that was to revolutionize the gay scene. However, a small gathering in Juneau Park was transformed over the years into a nationally significant annual event — and became one of the largest and most popular in the “City of Festivals.” But since the outbreak of COVID-19, a return to normal times seems as uncertain as it ever has been.