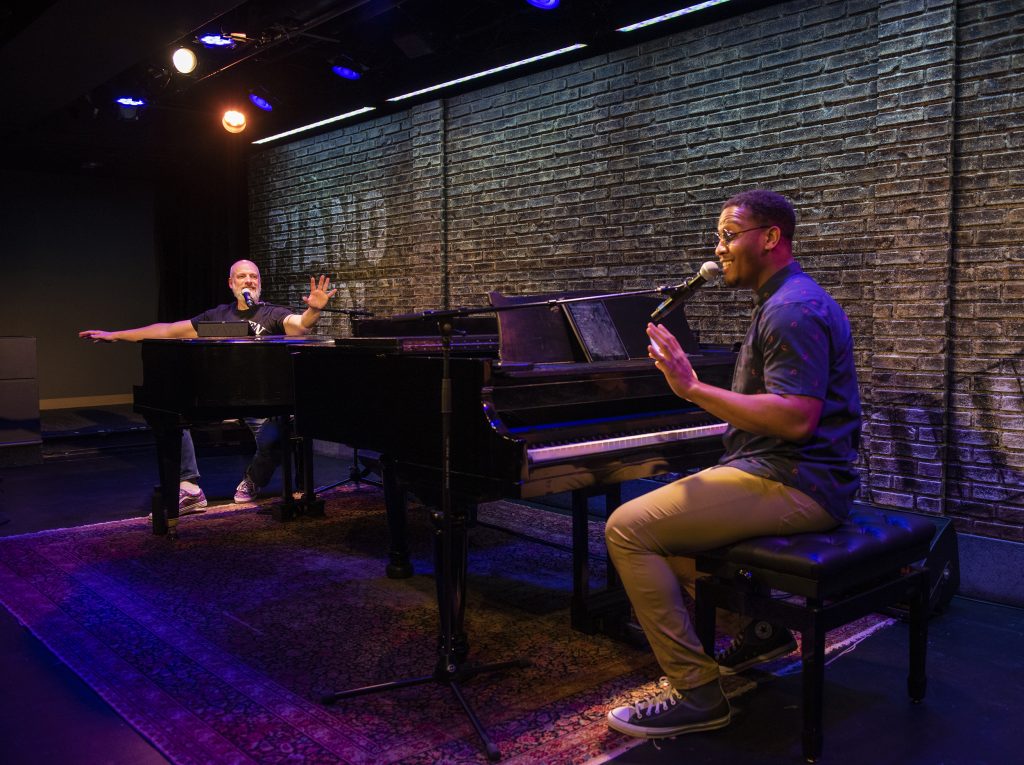 Milwaukee Rep’s artistic director Mark Clements is listed as “creator” of the current Stackner Cabaret offering through February 27, and I suspect I know some reasons why.

The premise for Piano Men is that the audience each day shapes the lineup of songs (an idea that would appeal to management). It is built around requests the patrons submit shortly in advance on their favorite pop or show tune that can be sung along with and can’t stump a duo of excellent and glibly improvising pianists who will keep your choices afloat for at least 90 minutes.

There is another reason for this format that those who have hung around performers and theaters for a long time will understand – the inescapable appeal of the piano bar as a participatory sport. The concept has extended to malls, supermarkets and other gathering places, but it really has a hold on performers themselves. The Rep, for the price of tickets and if you wish food and drink, is inviting Milwaukeeans in.

I confess to having misspent my youth and a few years afterwards hanging out in such piano bars both in Milwaukee and New York City. These places created an ambience for some surprisingly polished vocalizing. Milwaukee’s scene was famous when folks from the Melody Top and Skylight, some TV anchors glad to be free of news and sports duties, and strong-voiced community theater groups gathered at the piano lounges long before the Rep went that musicals route under Clements.

The Rep concept also requires piano genius – and has that in music director and co-performer Steve Watts, joined in keyboard and singing by Nygel Robinson. (Colte Julian is waiting in the wings, as it were, and will replace Robinson later in the run.)

Watts is clearly running the show, even adjusting levels at his piano. The opening duet is somewhat set in 20-finger master arpeggios. Some set pieces are likely to emerge whatever the audience wishes (keep an ear for “American Pie” and Billy Joel’s “Piano Man”). But Watts not only has a bottomless well of play-it-agains. He can also do a mean Prince falsetto (Robinson is close behind with Stevie Wonder and John Legend falsettos, though both are baritones) and the audience is literally amazed by the constant keyboard muscularity.

Opening night tended to trend toward more modern pop outings, with the younger side of the room dominating. So along came the X-rated version of Bruno Mars’ “Forget You” (Forget is the euphemism) as did  many newer rock classics from the land of la-la-las. There were also interesting snippets of Abba, Carly Simon, Elton John and, though the audience knew the words, remarkable silence when Robinson sang John Lennon’s “Imagine.”

There was no opening night use of the venerable Great American Songbook (Gershwin, Berlin, Porter, Kern), but I do think this show will rise and fall on the variety of its picks from the audience, with the talented performers adjusting with their tastes and sense of balance.  I trust Watts to know everything and to keep the event from being carried off by a crowd that only wants to hear Frankie Laine or Britney Spears. But, as the carnival barkers say, you pay your money and you take your choice. 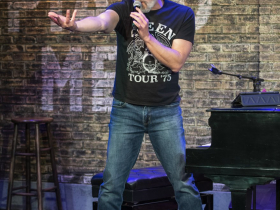 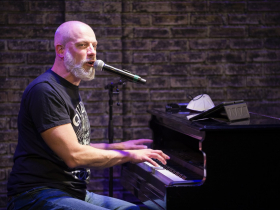 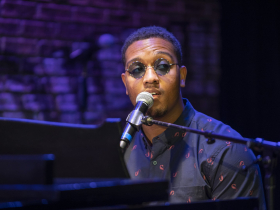 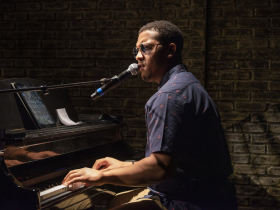 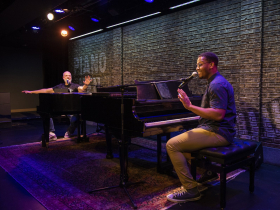 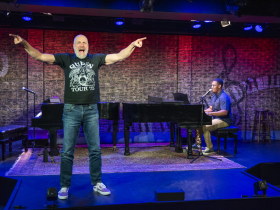